Gates has announced a series of new belt drive products for two-wheelers this summer attempting to get more riders than ever on belt-drive bikes. The new products include options that could greatly increase the accessibility of belt drive e-bikes, which are known for being rather pricey.

Belt drive systems replace chains on bicycles and offer a maintenance-free alternative that is quieter, cleaner, and rust-free. They are especially popular on mid-drive electric bikes, which often see many more miles than typical pedal bicycles.

Gates has been building belt-drive systems for over 40 years, but that doesn’t mean they have stopped innovating.

The company has announced three new products for the bicycling industry that could have a big impact on electric bike riders.

The new Gates SideTrack (ST) system is designed with affordability in mind. It uses flanged front and rear sprockets that employ Gates’ existing 11mm pitch belts reinforced with carbon fiber. The company says that the system should work with just about any existing single-speed or three-speed internally geared hub.

As Gates explained in a statement provided to Electrek:

“The SideTrack system is a new solution designed specifically for manufacturers of entry-level performance and leisure bikes with few gears. It’s intended for seasonal, recreational cyclists looking for their first belt-driven bike.” 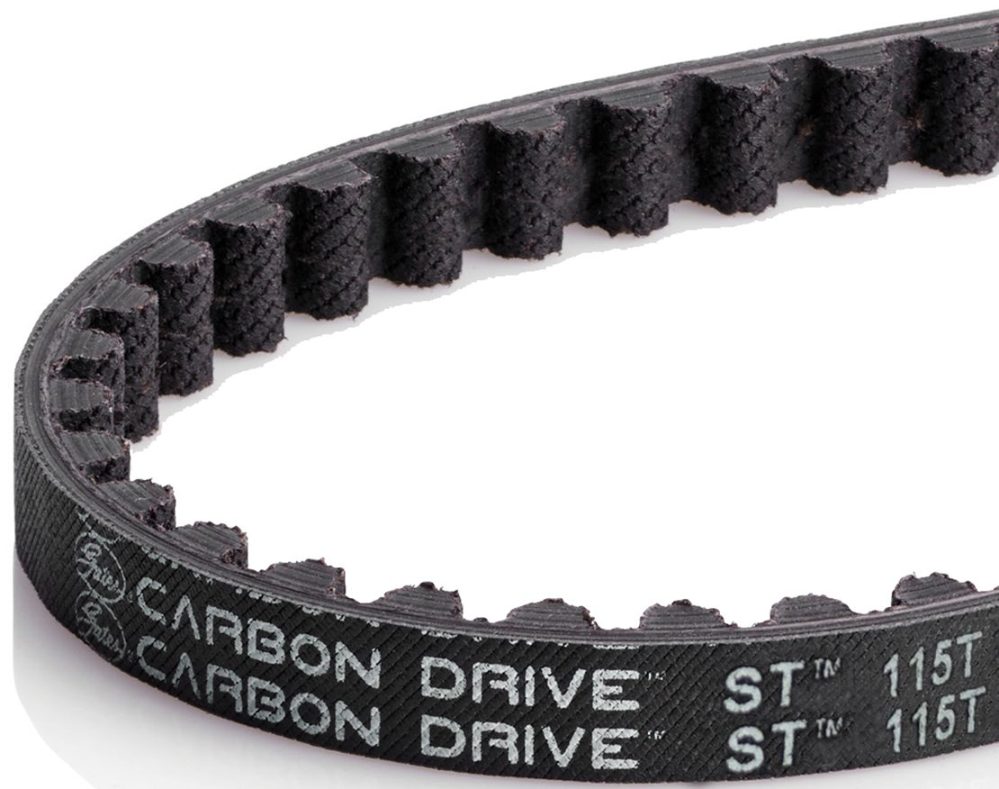 Next, Gates announced the Carbon Drive Commute (CDC) system that uses an updated CenterTrack design that most Gates belt drive system users will be more familiar with.

The CDC system includes a number of features that are designed for optimal value and durability, including a new patent-pending aluminum sprocket as well as new coating and tooth design. The CDC system is designed for use with Gates’ CDX belt and will be compatible with mid-drive e-bikes featuring motors with up to 50Nm of torque. These include motors such as the popular Bosch Active Line and Active Line Plus motors and the Shimano E5000 and E61000 motors.

Gates claims that there are over 20 different spider assembly options and 10 rear sprocket options for internally geared and single-speed hubs, which should cover most of the common drivetrain sizes. 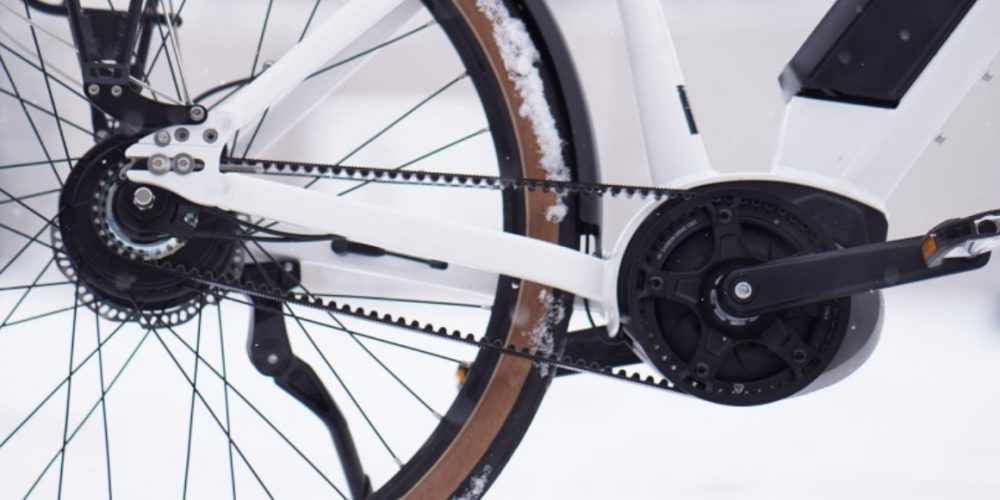 Lastly, Gates announced the Carbon Drive Expedition (CDX:EXP) system, which uses the existing patented CenterTrack setup along with a set of three updated sprockets made with stronger and higher hardness steel and aluminum. The CDX:EXP system is designed for use with Rohloff internally geared hubs and Pinion gearboxes. Together, the system provides a more robust solution for tougher trail riding and more extreme weather conditions.

As explained by Gates Carbon Drive and Global Mobility general manager Joe Menzel in a statement provided to Electrek:

“These new products show our commitment to advancing how the world moves. The innovation will allow use of Gates belt drives on an even wider range of electric bikes and bicycles, which is especially important now as urban populations shift from public transit to personal mobility options.”