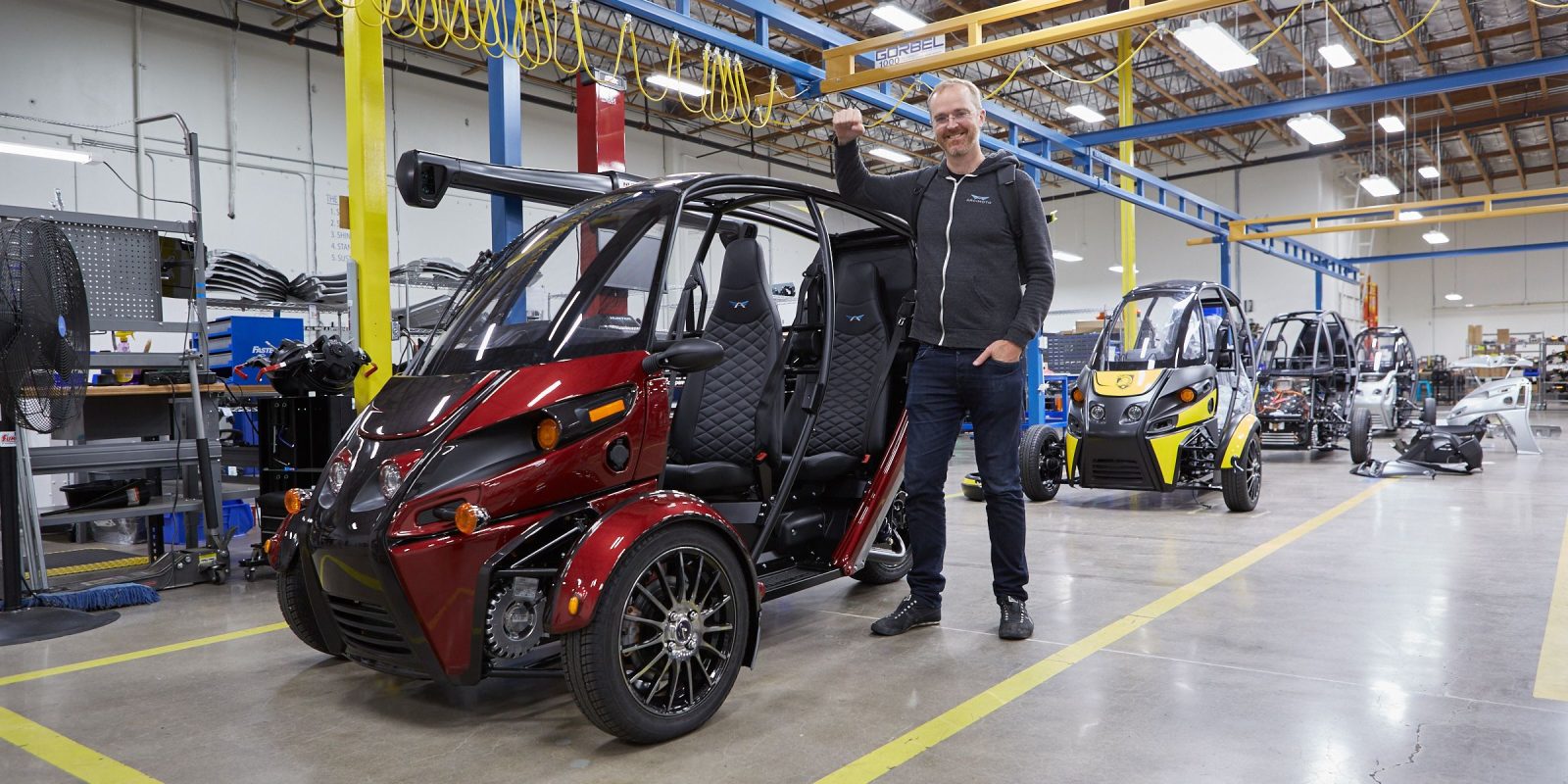 Oregon-based Arcimoto (FUV) has seen an incredible rally this week, with its largest gains posted yesterday.

On Thursday alone, the Nasdaq-listed company was up 69.49%. On top of its current rally, that puts FUV up just over 100% since the market opened Monday morning.

[Full disclosure: I should mention that I’m a pretty adamant supporter of EVs and am long on the electric vehicle stocks FUV, NIU, NIO, and KNDI.]

So how did Arcimoto’s stock price double in a week? And just who the heck is Arcimoto, anyways?

I’ve been covering Arciomoto’s quirky FUV for several years now, slowly watching it transform from an interesting concept to a true production vehicle beginning to make deliveries to its many thousands of reservation holders.

Electrek received an early test ride in an FUV prototype in 2017, where we experienced the unique ride of the three-wheeled electric vehicle. With two front wheels, the FUV is more stable than a typical tricycle, and its low-slung batteries further improve the stability.

The semi-enclosed design gives it more of a vehicle feel, while its handling and performance retain the thrill of a motorcycle-style ride.

The American-made FUVs are built at the company’s Oregon factory and come with an MSRP of $19,990, though Arcimoto is aiming to bring that price down to just $12,000 once production ramps up to sufficient volume.

A rosy picture for Arcimoto

Investors are favoring Arcimoto lately after a string of good news and following a positive Q3 earnings call.

Arcimoto’s latest financial report has also helped fuel its rise. The company announced that Q3 revenue was $683,895, a growth of over 20x the company’s revenue of $33,311 in Q3 of 2019. That growth in revenue was led by rapidly increasing production. While the company hasn’t yet reached mass production, it produced a total of 136 vehicles between the start of production in September 2019 through the end of September 2020.

Arcimoto recently secured $10 million common stock only registered direct offering, which has helped strengthen Arcimoto’s balance sheet and placed the company at its highest valuation yet.

Arcimoto claims it will reach a high rate of production within 24 months, when it expects to produce 50,000 vehicles per year. To facilitate this plan, Arcimoto has partnered with Detroit legends Munro & Associates to enable mass production.

After closing production during COVID-19 lockdowns, the factory is back to work and deliveries of vehicles to customers has resumed.

Arcimoto has created emergency service (paramedic and fire rescue) FUVs as well as delivery versions of the FUV known as the Deliverator.

The company has also launched a number of highly visible pilots and events, including using their FUVs for food delivery services and sales to celebrities (such as Mark Wahlberg, whose Key West burger restaurant “Wahlburgers” also uses the FUV for deliveries to customers).

Pre-orders are also at an all-time high, with repeated quarter-over-quarter increases.

The company even recently unveiled a new open-top version of the FUV known as the ROADSTER, which was well-received by the industry and will more specifically address the recreational motorcycle segment while the original FUV targets more urban/utility segments in addition to recreational drivers.

YTD September 30, 2020 revenue surpassed every prior full year, and our balance sheet is the strongest it has been in the company’s history. While making progress on every front, we maintained Arcimoto’s core financial mandates of fiscal discipline and capital efficiency.