I’ve been following Arcimoto since 2013 when I first test drove their funky three-wheel EV. Today, the company is listed on NASDAQ as FUV, a testament to Mark Frohnmayer and his team’s determination. After over a decade of developing what they now call the FUV (Fun Utility Vehicle), Mark told me the company started a pilot with the Eugene Springfield Fire Department.

Arcimoto‘s Rapid Responder is an electric three-wheeled vehicle the company designed for first responders. Hailed as an “ultra-efficient electric vehicle for specialized emergency, security and law enforcement service, is now underway”, the FUV EV can maneuver quicker and more efficiently than regular cars and trucks. Mark told me that using the same FUV base, the Rapir Responder can reach emergencies at a fraction of the economic and environmental costs of traditional diesel-powered vehicles. 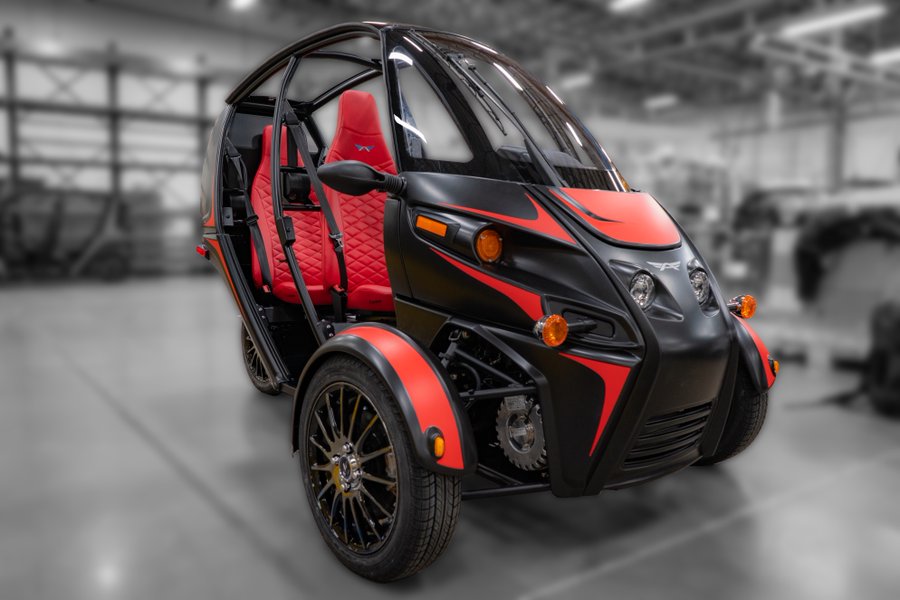 “In an emergency, every second counts, and yet, in every major city, large emergency vehicles get bogged down in traffic, wasting valuable time and emitting excessive amounts of carbon. With its maneuverable small footprint and ability to go where big trucks can’t, we believe the Rapid Responder can help departments cut carbon emissions and fuel costs while improving response times.” 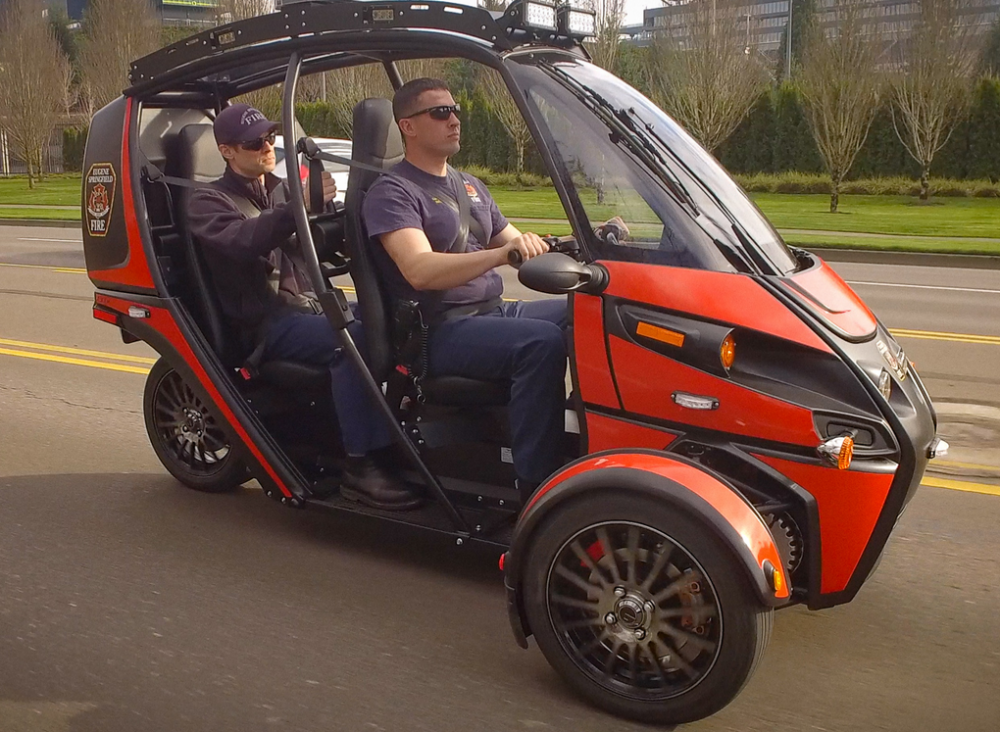 On our last call last week, Mark told me how the team built the Rapid Responder on the modular Arcimoto Platform. But don’t confuse it for an NEV, neighborhood EV. The Rapid Responder can reach 75 mph, is highway capable and has a 100 city mile range. It seats two, has a rear cargo compartment, and the company added a roof-mounted equipment rack, mini lightbar and siren, 360-degree scene lights, and silent-running for improved radio communication in order to meet the Fire Department’s needs. We will know later the full specs and pricing when goes into full production later this year. 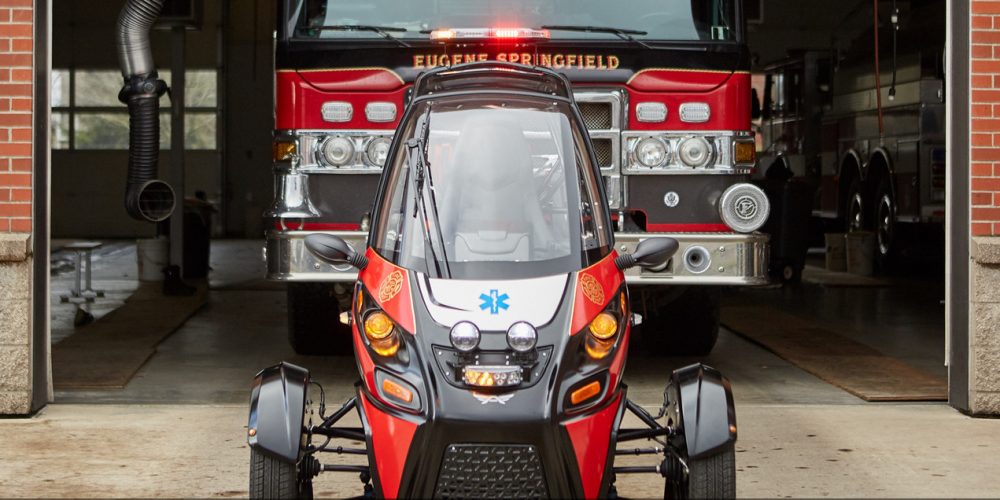 “At Eugene Springfield Fire, we pride ourselves on being a progressive organization that is always in search of innovative new ways to improve our services. In 2019, we responded to more than 40,000 emergency calls, and a large number of those could have been better serviced using the Arcimoto Rapid Responder. We are extremely proud to be the first firehouse in the world to deploy this cutting-edge vehicle, and look forward to working with Arcimoto in this pilot program to create a world-class sustainable EMS solution.”

It’s all about FUV

If you don’t know Arcimoto’s story, it is worthwhile looking into it. For the longest time, I’ve asked Mark why he settled on Eugene when most EV startups are in Silicon Valley. It was when the company invited me to the one year anniversary of its September 21, 2017, IPO that I understood.

The EV startup is one of the best EV startup entrepreneurial cases. The company has been working on its FUV for well over a decade. It runs a highly efficient headquarters with its manufactory. Metal bars go in the beginning chain ending as complete FUVs in a fairly small hangar. The team of highly motivated and dedicated individuals is all hands on deck.

Mark told me the Eugene Springfield Fire Department will give the company feedback on how Arcimoto can further help first responders. He says there is nothing else like it in the market place. It can be configured as needed according to need as a single and two-seater EV. 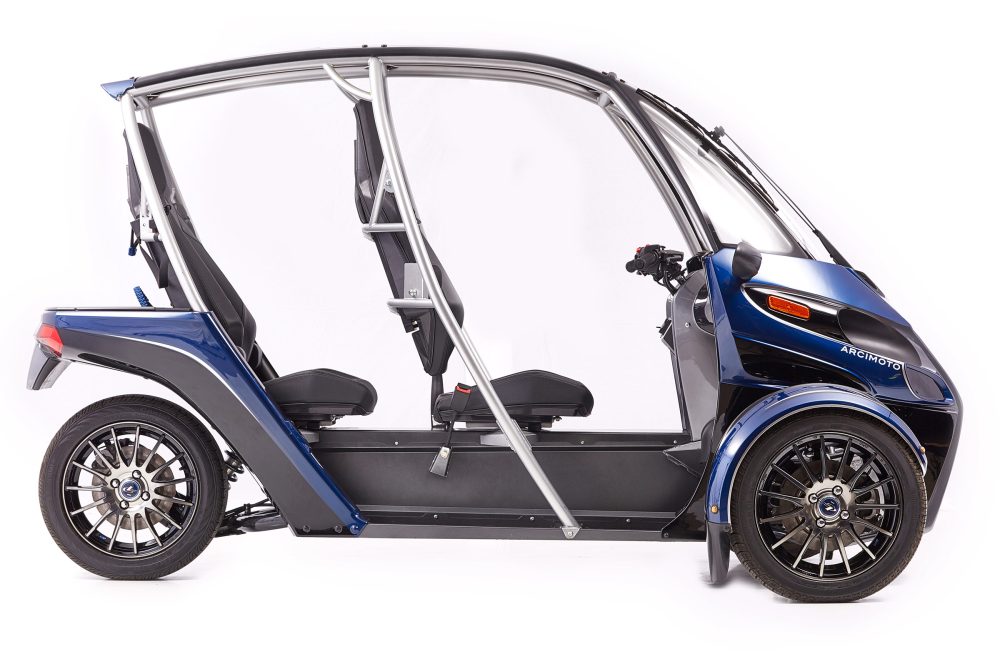 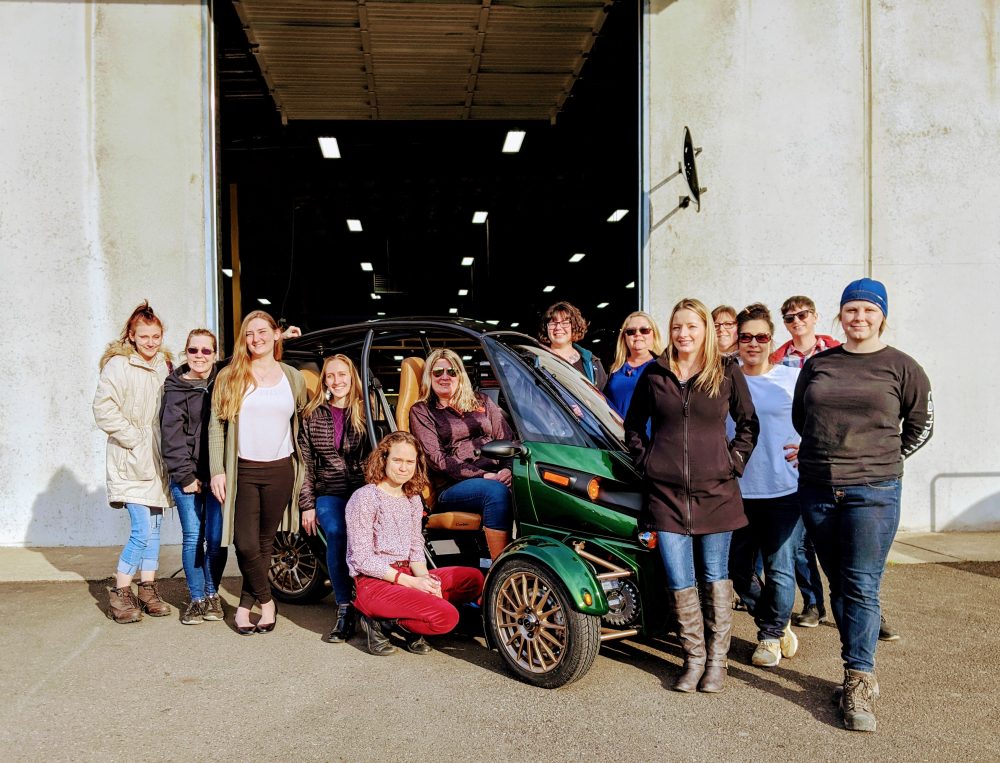