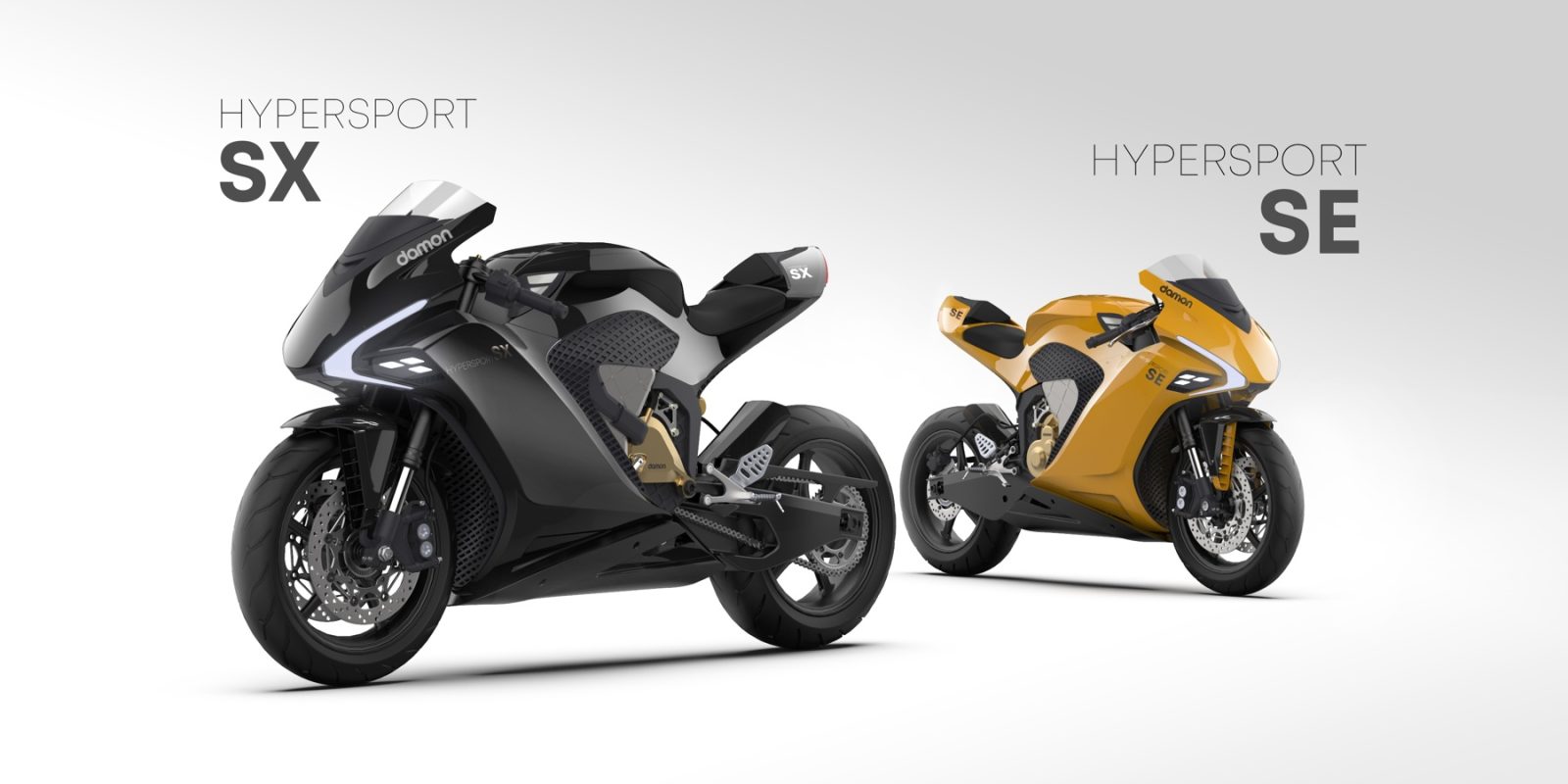 We’ve been following Damon since the summer of 2019, back when it was still using an electric motor from Zero Motorcycles to power its prototypes.

Since those early days, the company has unveiled motorcycle concepts packed with interesting technology.

The HyperDrive platform is described by Damon as the “world’s first 100% electric, multi-variant powertrain platform that redefines motorcycle performance, safety, and design.”

The HyperDrive platform will apparently be used to construct two new motorcycles, the HyperSport SX and SE.

The bikes will carry an integrated 6.6 kW charger that can take advantage of both Level 1 and Level 2 charging and will also support up to 25 kW DC Fast Charging.

Damon previously announced its HyperSport model priced at $24,995, which was to follow 25 premium edition HyperSports priced at $39,995.

Interestingly, Damon is also announcing a subscription service that will allow customers to find their way onto an electric sportbike without the same sticker shock.

The move has proven popular in the electric bicycle and electric kickscooter markets, and now, Damon hopes to determine if it will find favor with electric motorcycle riders as well.

Customers can choose from 24, 36, and 48-month subscription plans with a guaranteed residual value, providing customers the freedom to exchange their HyperSport for updated models at the end of the term. As hardware gets updated, customers can always expect next-generation technology without the hassle and trade-in losses that occur with legacy dealerships and brands.

This can be a good method to roll out several bikes with minimal financial outlay, which is an important consideration for low-volume startups.

It’s a common method that has been used elsewhere, including by Zero Motorcycles with several bikes such as the S, SR, DS, DSR, and DSR Black Forest all being built on the same platform. By swapping other components such as suspension, body work, and important touch points, many unique motorcycles can be built on the same foundation.

However, I’d love to see Damon put more effort into getting the HyperSports that it’s already unveiled onto the road.

We’ve seen plenty of press releases and pretty pictures. We’ve heard about the interesting technology. When are we going to see some real bikes? That’s when I’ll get truly excited.