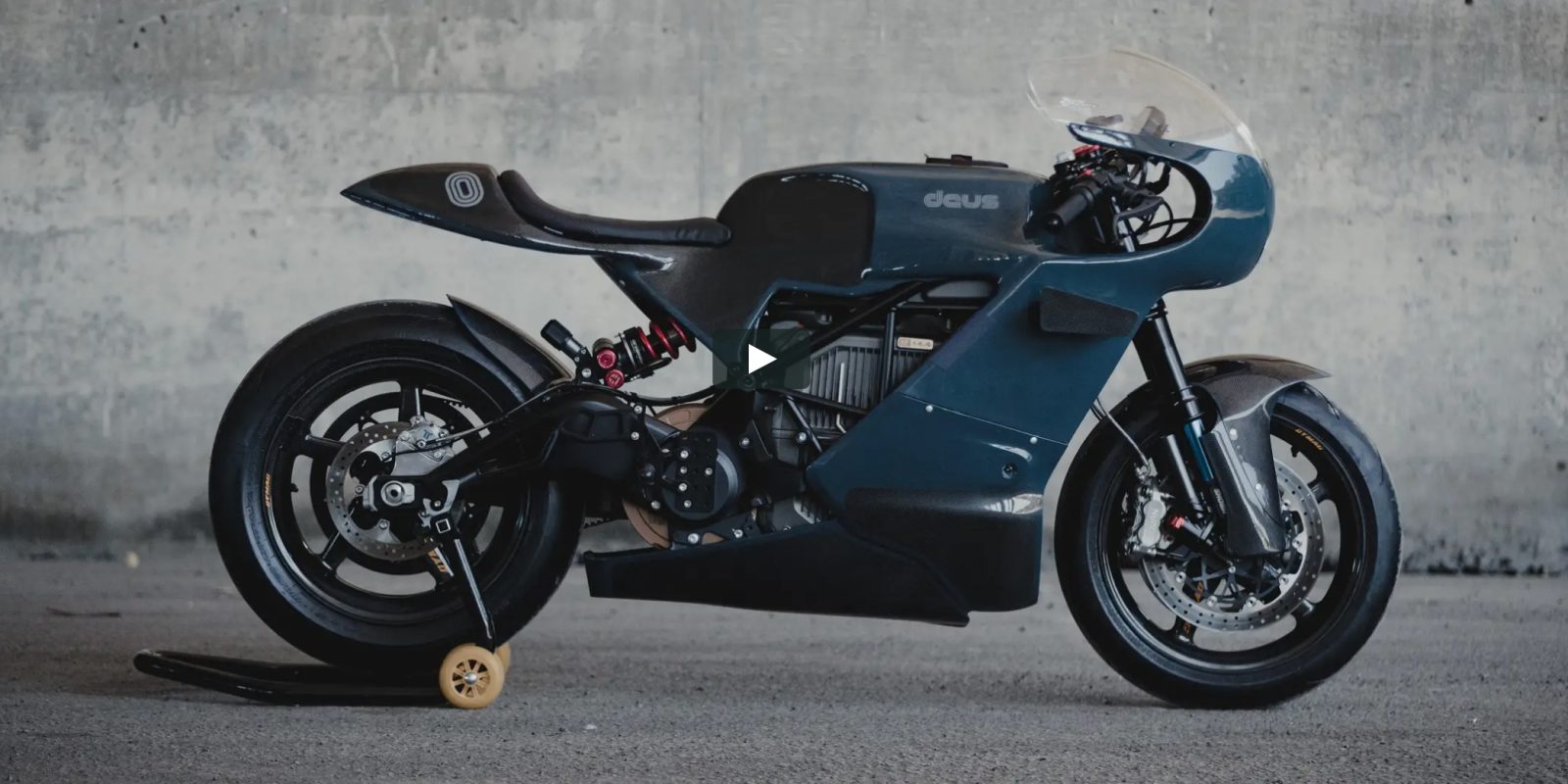 Zero has occasionally collaborated with designers who have taken Zero’s platform in entirely new (and often shocking) directions.

The modularity of electric motorcycles and lack of conventional design constraints like gas tanks and internal combustion engines have opened new doors for creative motorcycle designers.

Woolie first met Zero and saw their SR/F bike at the 2019 running of the Pikes Peak Hill Climb Challenge.

“When I met the guys out at Pikes Peak and really got a good look at the bike I thought, that bike is the perfect platform to build something with because there’s no gas tank and there’s this trellis frame that’s beautiful and everything else comes off and there’s nothing there. So in my mind quietly, I was thinking, I’d love to do something with that bike because it’s a blank sheet of paper.”

Since that event, Zero released the fully-faired SR/S, which is built on the same platform as the SR/F that raced up Pikes Peak.

That bike became the basis for Woolie’s redesign.

“I wanted to do something kind of old and new, old shapes that I grew up with and new technology, no computer work, just foam, plastic, shaping and measuring tools, transfer tools and kind of the old school way.”

Woolie relied on a single-piece carbon fiber mold as well as the expertise of several aerospace engineers from Lockheed Martin to help prepare the new body.

A number of components were upgraded models of their factory versions, such as removing the original JJuan foot brakes in exchange for a thumb brake (and thus no foot controls) and upgraded Showa suspension.

Other components were custom made. In fact, Woolie relied on a number of his friends and connections in the industry for custom parts ranging from the detailed stitching on the seats to the hand-blown glass windscreen.

The seat was made by Saddlemen who I now work for. They’ve been making all my seats for years and they do a wonderful job. The lightning bolt on the seat is actually a standard symbol for high voltage throughout the United States. And the detail on the gas tank is also a high voltage symbol, a vintage one that’s super rare, and I just fell in love with it when I found it. The windscreen was hand-blown by Glen up at Zero Gravity and I’m super stoked to get his help. He’s an artisan in a lot of ways and he made that by hand. Paul Taylor from Taylor Made Racing did all the carbon work. And in fact this bike wasn’t finished when the pandemic hit so Paul was graceful enough to offer workspace at his shop so we rolled it up there and I finished the bike there the last several months. So a big thanks to Paul.

Speaking of custom made parts, Woolie had full freedom of design with the bike.

That led to some interesting choices, including a pair of winglets from an F1 car making their way onto the bike.

I had the whole bike shaped and it looked really nice, but I thought, you know, it’d be neat to put some wings on it because wings are just cool. And, we had a piece of a winglet from a formula one car that we were able to cut up and I made some end caps. The end caps are basically a visual knockoff from a Porsche race car. I mounted them on there and I thought they looked great. The winglets will tend to stabilize the bike quite a bit more than you’d think, you know, especially at speed and add a little bit of downforce. But mostly I just felt like it added another detail that was cool and different.

What do you think of Woolie’s work? Let us know in the comment section below!