VW ID.4 spotted in wild in CA ahead of launch 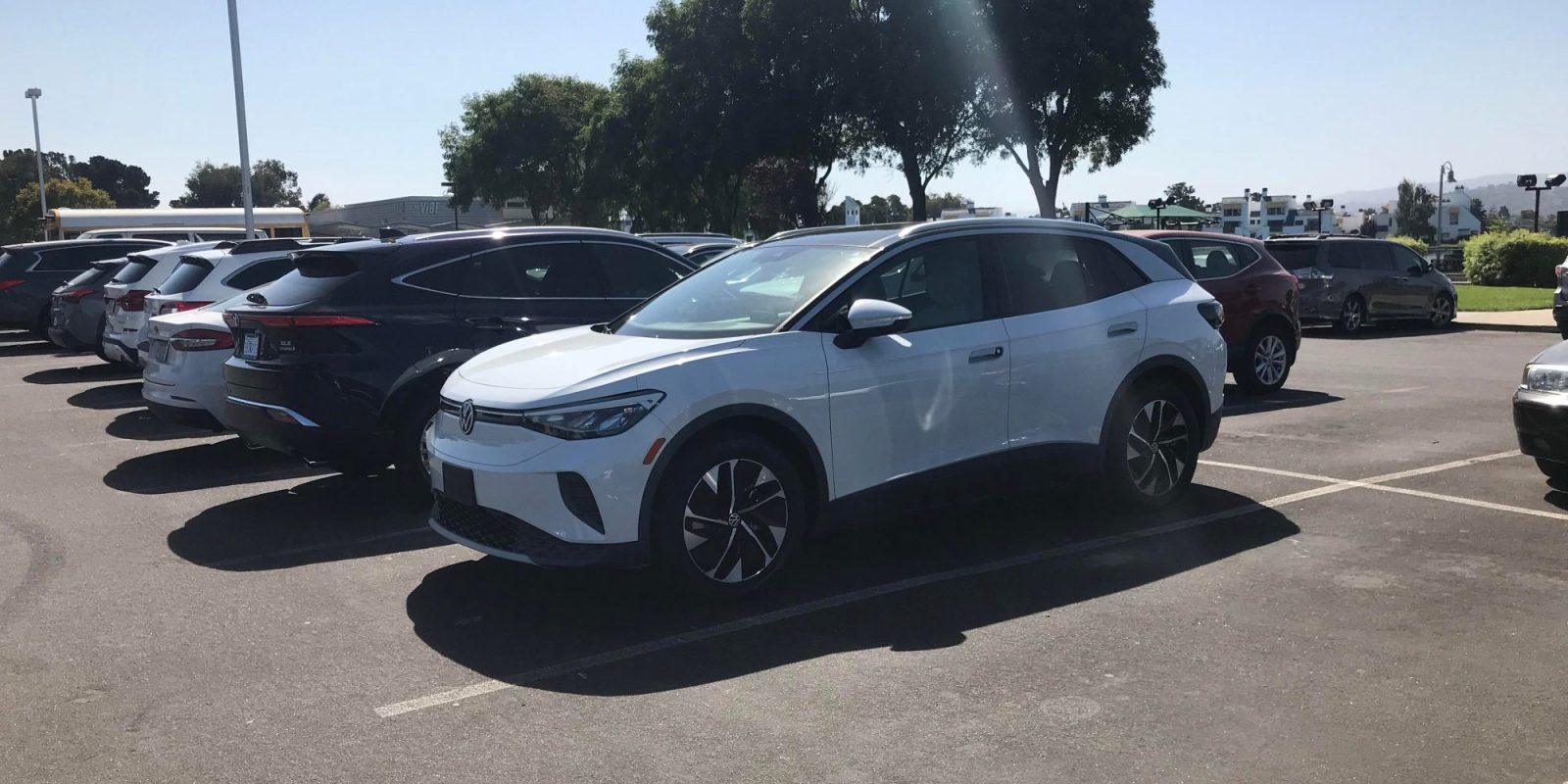 We got our first look of the upcoming VW ID.4 at a private event last week, but now the car has shown up in public. Over the weekend, it was spotted by reddit user awang44 in a parking lot for a public park in Foster City, California, just a few miles from VW’s Innovation and Engineering Center in Belmont.

Production only started on the ID.4 last month in Germany, which makes this appearance in California quite sudden, so this vehicle is likely a late pre-production prototype.

It looks nearly identical to the initial production vehicle from last month, minus some small changes for US homologation (e.g., no “European-style” side blinkers).

Here are a few more of the photos awang44 took of the car:

No big surprises or revelations here, but it looks, well, nice. About what you would expect of a modern small crossover-style SUV, but thankfully without the increased climate impact that the popularity of gas SUVs has brought us.

The spotted ID.4 has manufacturer (not dealer) plates, so it is likely associated with the nearby VW engineering center and last week’s introductory event for the vehicle.

Many automakers have opened “technology centers” in the San Francisco Bay Area in recent years, hoping to attract the brightest minds in the tech industry. The area is also home to an endless number of transportation-related startups, from big to small. So it makes sense that automakers would want to have a presence in the area.

VW recently started deliveries of the ID.4’s cousin, the ID.3, in Europe. But they won’t be bringing the ID.3 to the US because of concerns over popularity of a European-style hatchback, so it’s all about the “crossover-style” ID.4 here.

The ID.4 is already proving popular, as VW’s “First Edition” trim sold out almost immediately — though it is a limited version with only a few thousand allocated to the US. The First Edition is due to be delivered by the end of this year, which is quite soon, so hopefully we’ll start seeing more cars in public as the end of the calendar draws closer.

The ID.4 “Pro” trim is priced at $39,995 before incentives, which means it will be available for closer to $30k in many states. This version comes with an 82kWh battery pack and single 201hp/228lb-ft motor, with an EPA range of 250 miles. VW says smaller-battery and higher-performance dual motor versions will be available mid-2021.