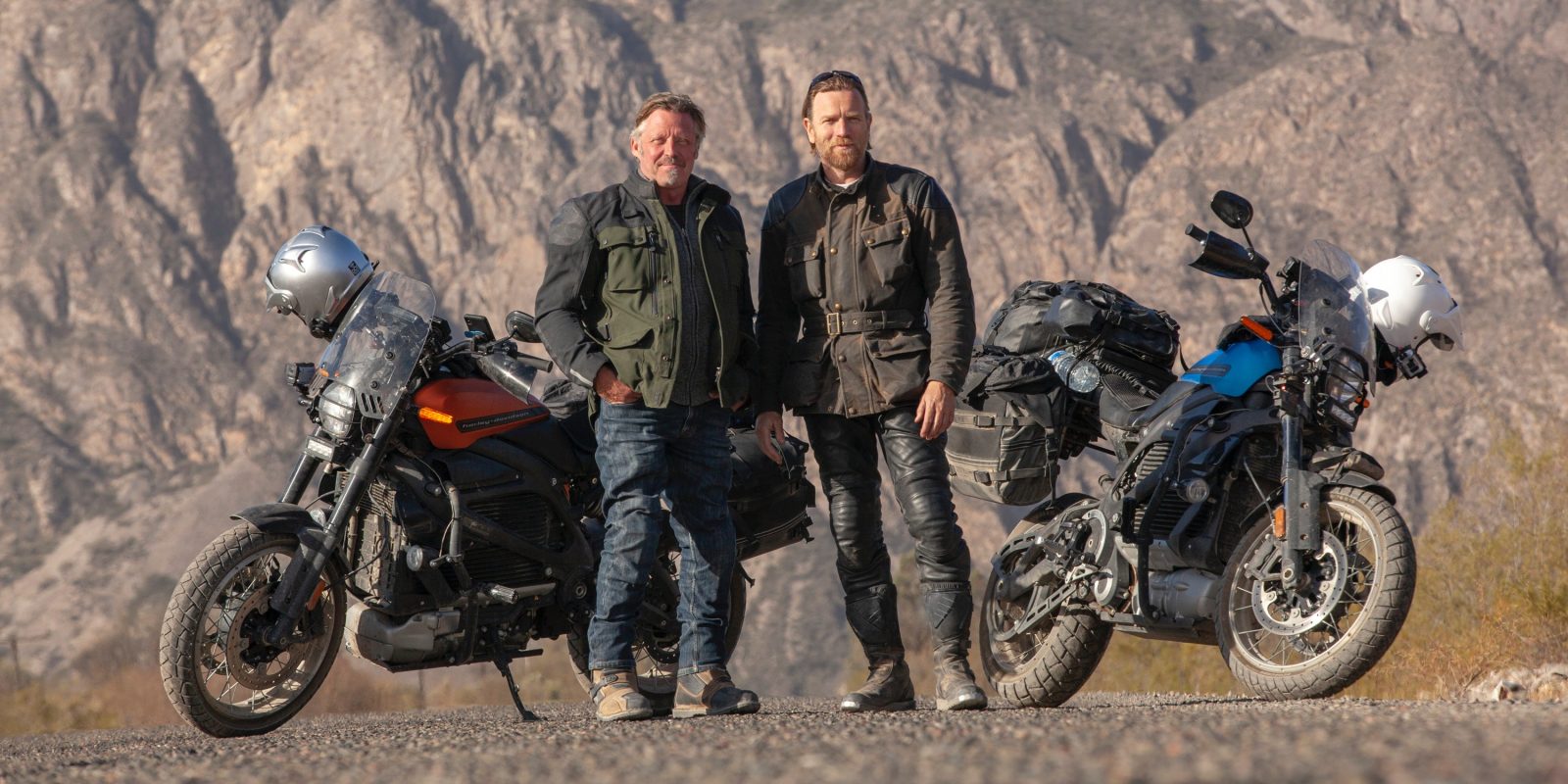 Harley-Davidson used a combination of unreleased components, design modifications and good old-fashioned ingenuity to turn two of their LiveWire electric motorcycles from urban roadsters to overlanding adventure motorcycles for the Long Way Up series.

When Ewan McGregor and Charlie Boorman set out to film their latest Long Way Up motorcycle touring series spanning South America to North America, they knew they wanted to do the ride on electric motorcycles.

The only problem was that there weren’t a lot of electric adventure bikes to choose from.

In the first episode of the series we saw them testing a pair of Zero DSR electric dual sport motorcycles, a platform Zero has used to turn into the Black Forest adventure-style bike.

But when it comes to true dedicated adventure bikes, the nascent electric motorcycle industry just doesn’t have the breadth of options that gas bikes offer.

But that didn’t stop Harley-Davidson from getting creative and finding a way to outfit two H-D LiveWire electric motorcycles as adventure-ready bikes.

Early in the planning stages for Ewan McGregor’s and Charlie Boorman’s trip, Harley-Davidson brought out the first LiveWire prototype for Boorman to test. With an H-D VP telling Boorman, “This is the only one, don’t break it,” they let him rip on it on a track until he rolled back with a broad smile on his face – and a list of suggestions for how the bike could be modified to better handle the kind of rigorous riding it would experience across 15,000 miles (25,000 km) from the southern tip of Argentina all the way up through South and Central America to the United States.

A team of Harley-Davidson employees, mostly volunteering their time after hours, worked to modify the bikes and get them ready to ship down to Patagonia in time for the ride.

Some of the more obvious design changes are fairly apparent. The updated LiveWires sport crash bars, hand guards, a bash plate over that Revelation motor and enough storage cases to handle a trip spanning the southern and northern hemispheres.

A pair of custom windshields were fabricated for the bikes – which answers the question of “Where can I get one of those windshields?” I’ve received by email from numerous LiveWire owners. Apparently you can’t get one.

New rear suspension was also swapped onto the bikes, giving the rear of the bike an extra inch and a half of travel and granting two additional inches to the bikes’ ground clearance.

Harley-Davidson also has a new Pan America adventure bike coming out next year (gas only, sadly) and the engineering team were able to scavenge larger wheels, rotors and tires from that bike to help give the LiveWires a better fighting chance at the rough terrain they’d be covering.

In addition, “The engineering team created an entirely new steering head and front-end assembly to obtain the desired geometry and clearance required for the larger wheels, taller ground clearance and increased suspension travel for off-road and rough-road use,” Harley-Davidson’s Senior Manager of Public Relations Paul James explained to Insidehook.

Ultimately, we already know that the pair successfully made it to California after they were spotted rolling in last year. But with only four episodes out on the AppleTV+ Long Way Up series so far, the details of how the bikes made the arduous journey are still trickling in.