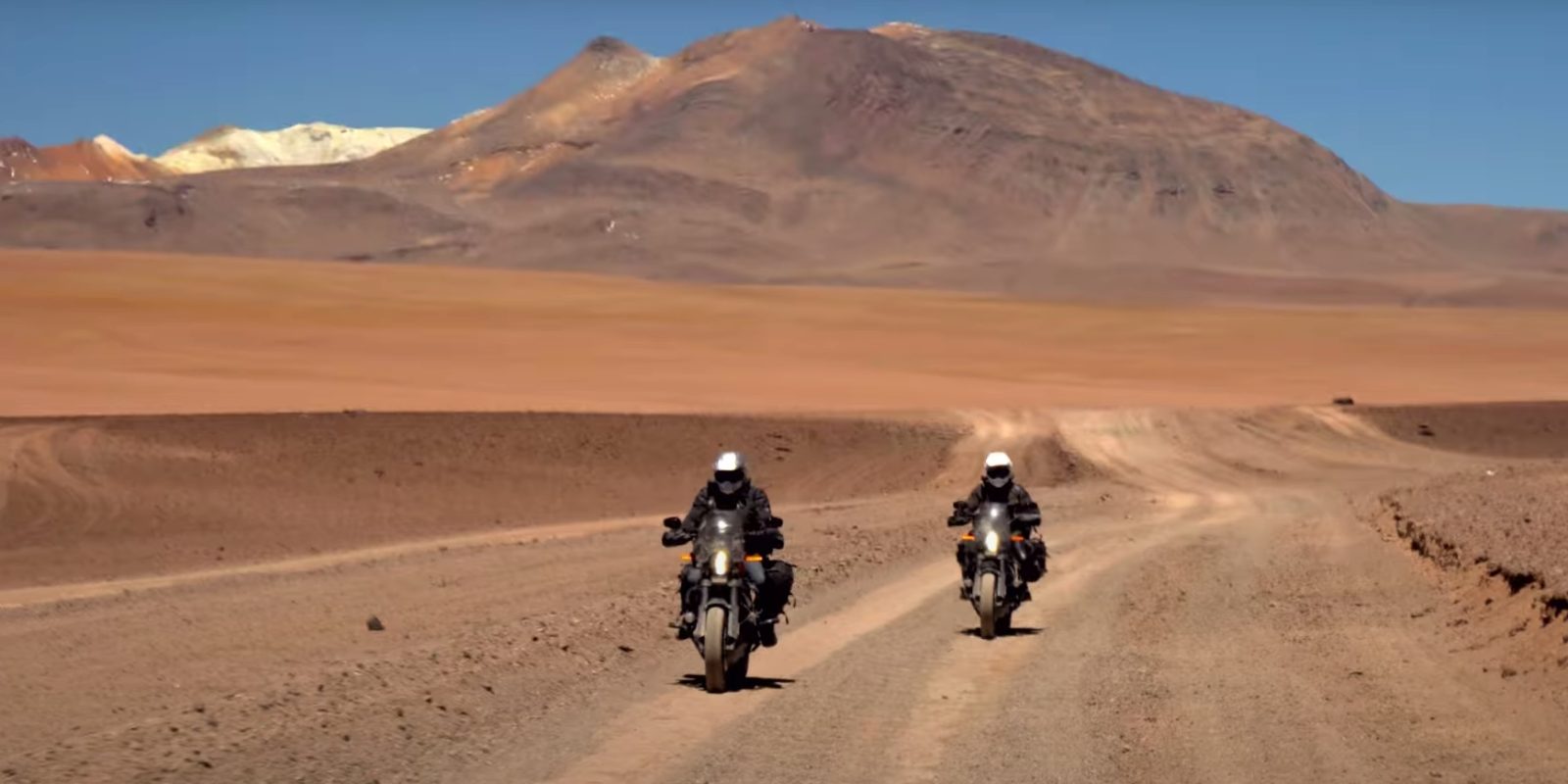 Late last year, actor Ewan McGregor and his longtime friend Charlie Boorman began a 13,000 mile (21,000 km) trip from the southern end of Argentina to Los Angeles. They traveled on a pair of Harley-Davidson LiveWire electric motorcycles with a pair of Rivian electric pickup trucks as support vehicles for a new show on AppleTV+…

The trip was filmed for a TV series known as the Long Way Up, where the duo documented their electric motorcycle journey and the adventures that ensued.

We’ve received snippets of details and leaks about the epic trip, but our best look yet comes in the form of the official series trailer released yesterday.

As Ewan McGregor explained in the trailer:

I’ve been dreaming of doing a trip through South America for years. But life got in the way. And now I’ve decided to do the trip with my best friend Charlie Boorman. We’ll ride 13,000 miles from the southern tip of Argentina all the way to Los Angeles. And if that wasn’t enough of a challenge, we wanted to see if we could do it on electric motorcycles.

The pair decided on the Harley-Davidson LiveWire as their electric motorcycles of choice. The roadster-style LiveWire, which was released late last year, doesn’t actually offer an adventure bike version.

Instead, images from the ride seem to show how McGregor and Boorman did their best to turn their LiveWires into adventure bikes with modifications such as cargo cases, hand protectors, windscreens, and light guards.

The duo apparently aimed to travel around 150 miles (240 km) per day, which is just north of the LiveWire’s 146-mile (235 km) city range. But with most of the trip appearing to take place in rural areas, that meant at least one charge stop in the middle of each day, plus charging overnight.

Charging may have been one of the trickier aspects of the journey. The LiveWire offers both DC fast charging, which takes less than one hour, and Level 1 charging, which requires an overnight charge.

DC fast chargers aren’t exactly plentiful in much of rural South America, and the trailer shows the pair doing a significant amount of Level 1 charging. McGregor has previously commented that they relied on the kindness of strangers to charge.

With both of the Harley-Davidson LiveWire electric motorcycles charging on the same low power circuits, the pair sometimes found themselves in the slightly embarrassing situation of tripping the locals’ circuit breakers. McGregor explained how they would sometimes have to sheepishly notify their hosts of the power interruption, then take turns charging the bikes one at a time.

The Long Way Up series will have its global premiere on September 18 on the Apple TV+ platform. Three episodes will be released simultaneously, with a new episode following each week.

If you can’t wait that long and you want to get some LiveWire action in immediately, check out my review video of the Harley-Davidson LiveWire below.