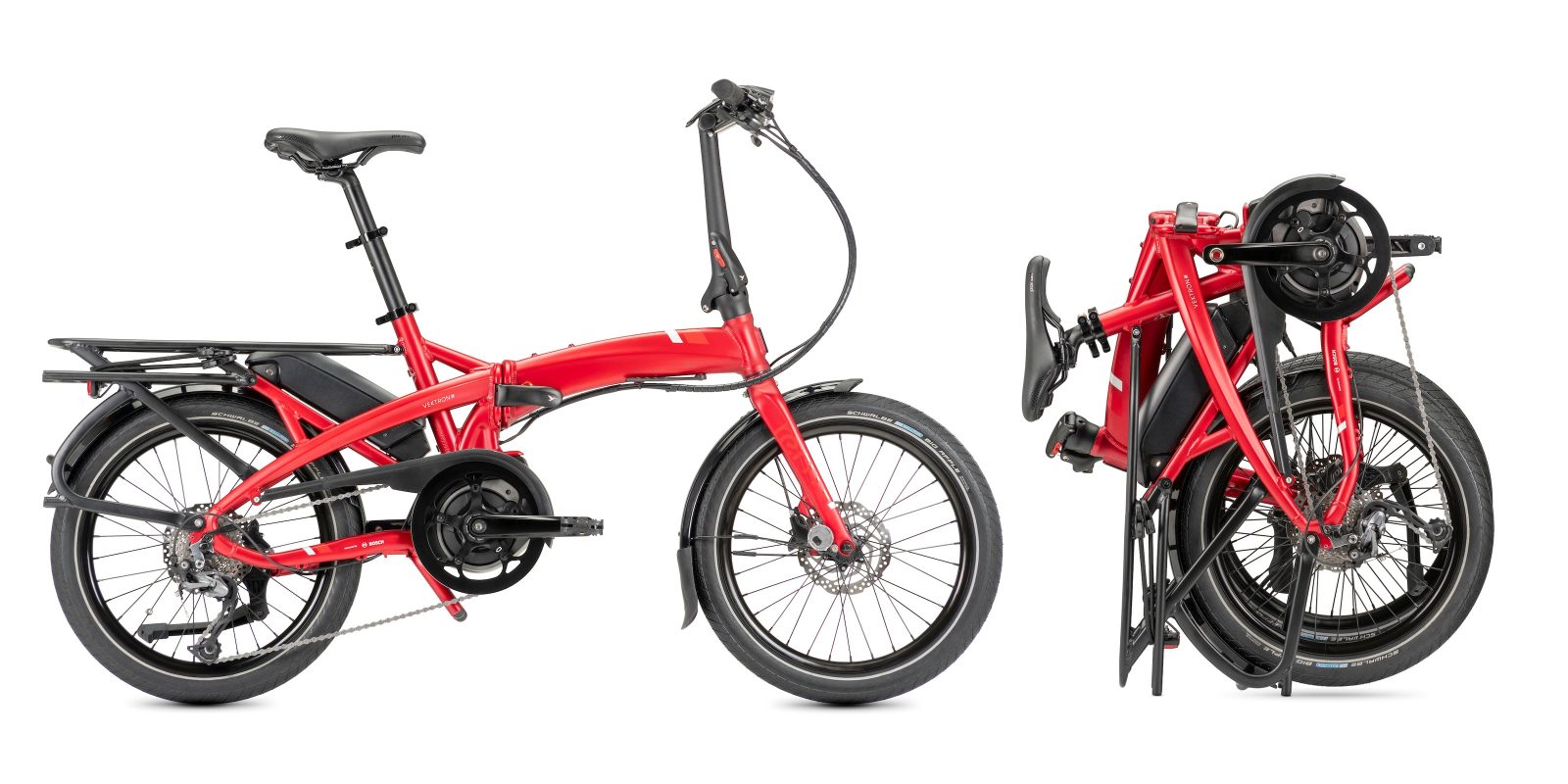 The Vektron electric bike has been Tern’s key folding e-bike for the last three years. And now the bike is getting several new upgrades to improve the model while still keeping the price nearly unchanged.

Unlike some companies with nearly a dozen different e-bike models, Tern has only a few electric bikes in its lineup.

But that means that there’s nothing to distract them from getting each and every detail just right, as evidenced by their industry-leading quality and safety standards.

And the Tern Vektron has certainly benefited from the company’s attention to detail.

As Tern described the Vektron:

The award-winning Vektron is among the world’s best-selling Bosch folding bikes. It folds in 10 seconds to go on trains, in cars, and under desks. Yet it delivers all the ride quality of a large-wheeled e-bike. Originally launched in 2017 after a successful Kickstarter campaign, the Vektron has since evolved into one of the most solid and reliable Bosch-equipped folding e-bikes in the market.

The latest updates to the Vektron line include new Bosch drivetrains. The top-of-the-line Vektron S10 features a Bosch Performance Line motor with up to 65 Nm of torque and pedal assist up to 300%.

The more affordably-priced Vektron Q9 has been upgraded to a Bosch Active Line Plus motor. Both motors are designed to be quieter, lighter, and more robust.

The Vektron frame has also been upgraded with a stiffer design that now passes the strict European safety standard EN15194 by EFBE Prüftechni for pedal-assist e-bikes.The stiffer frame comes with a gross vehicle weight of 275 lb (124 kg), meaning riders can make use of that large frame-integrated rear rack for carrying kids up to 60 lb (27 kg) or other heavy cargo. And the rear rack also allows the bike to be parked vertically, taking up even less space.

The stiffer frame has also been updated to allow easier access to the battery, should riders wish to charge the battery separately.

A big upgrade to motor, frame, and components normally translates into higher prices. But we’re getting some economies of scale and we’re happy to pass these along to our customers.

While those price points certainly land the bikes above other popular folding e-bikes, the component choice is also a few levels above average. The bikes include high-quality hydraulic disc brakes (Shimano on the Q9 and Magura MT4s on the S10), Andros patented adjustable stems, folding mechanisms featuring interlocking joints that are precision-machined down to 50 microns, high-end Shimano Deore transmission on the S10, etc.

Having tested the Vektron lineup before, we can say these bikes are the real deal, and designed for e-bike riders who are seeking the highest level of manufacturing and reliability.