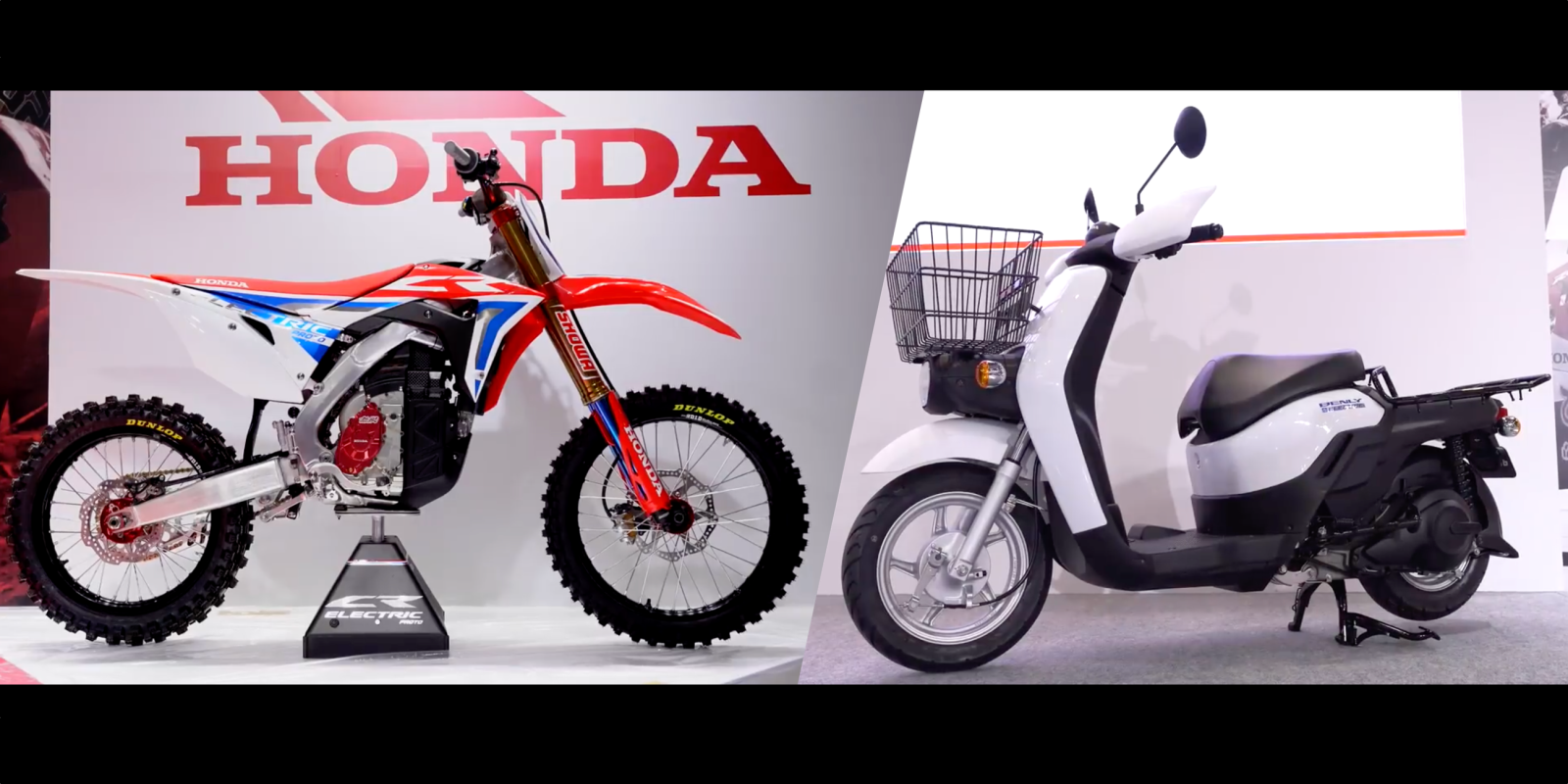 The Big Four motorcycle manufacturers in Japan, including Honda, Yamaha, Kawasaki, and Suzuki, are teaming up on electric motorcycle development and testing.

Specifically, the companies are working together to develop a shared swappable battery platform for electric motorcycles.

The foursome announced the establishment of a consortium to develop swappable batteries for electric motorcycles last year. But we haven’t heard a peep out of any of them regarding updates, at least until now.

In the first bit of news to come out of the consortium, it turns out that the companies are ready to begin testing their shared, swappable electric motorcycle battery design with real users.

The testing will be conducted at Osaka University and will be known as the “e-Yan OSAKA” trial. As part of the testing, students and staff at Osaka University will receive electric motorbikes to use during the trial. There will be battery-swap stations installed on campus as well as at convenience stores in the area.

The consortium has not revealed any technical specifications regarding the swappable batteries yet, but it is being speculated that they are likely to follow Honda’s lead with the swappable battery packs from Honda’s PCX and Benly electric scooters, according to a report by MCN.

As a result of repeated collaboration studies among four domestic motorcycle companies we were able to collaborate with e-Yan OSAKA to verify the common specifications of replaceable batteries. We are aware that there are still issues to be solved in the spread of electric motorcycles, and we will continue to work on improving the usage environment of our customers in areas where each company can cooperate.

The e-Yan OSAKA trial is expected to last for one year, during which time the consortium will study the effectiveness of the battery designs and the battery swapping stations to ultimately decide on a final design that could see full production.

While swappable batteries are already standard in electric scooters, they are fairly rare for electric motorcycles.

The ability to remove the battery from the vehicle allows apartment dwellers to charge their electric motorcycles without requiring garage charging or street-level charging infrastructure.

However, motorcycles such as the Zero SR/F, which has a 14.4 kWh battery, would require around seven such batteries, proving impractical. Even carrying 50 lb of NIU batteries up to my apartment to charge is a bit of an undertaking, especially if I planned on having anything else in my hands.

It will be interesting to see what type of batteries are being used in the e-Yan OSAKA trial and how large they are, as well as if these will be used in full-size electric motorcycles or something more akin to an electric maxiscooter.

What do you think? Could the Big Four revolutionize electric motorcycles if they can settle on a shared format for swappable batteries? Let us know in the comment section below!