E-bikes and weight loss: How this man lost over 100 pounds (and how you could be next!) 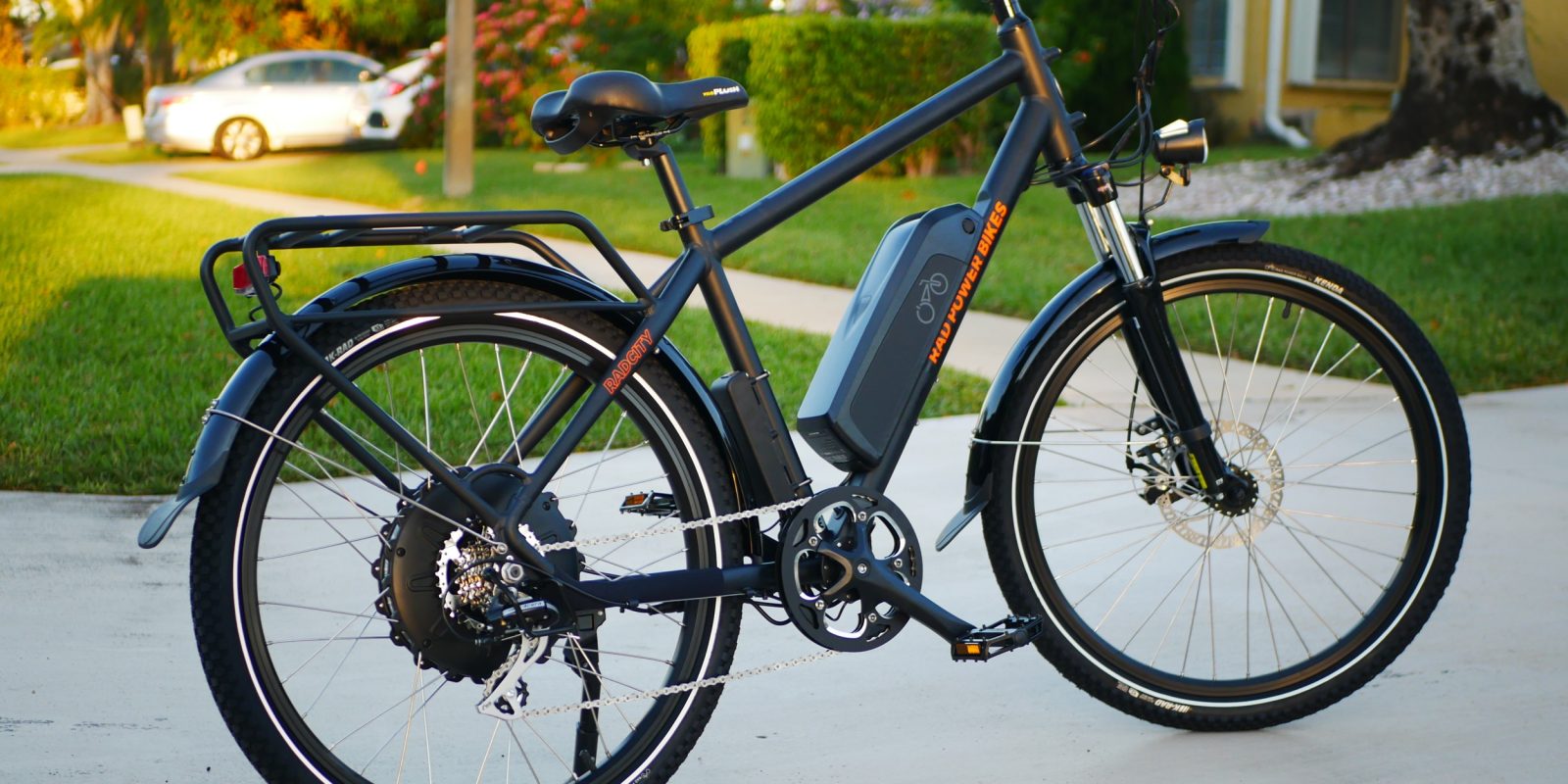 While keyboard warriors have long debated whether or not electric bicycles provide a good workout, the science is conclusive: e-bikes can provide just as effective of a workout as pedal bicycles, and sometimes more.

But you don’t have to tell Jon Treffert, a medical devices software developer from Knoxville, Tennessee. He already knows it.

Jon had enjoyed cycling as a grad student 30 years ago but gave it up after school. However, three decades and one type 2 diabetes diagnosis later, he was ready to make a change in his life.

Weighing 270 lb (122 kg) at the time, Jon was determined to change his lifestyle. Along with focusing on a healthier diet, Jon decided to get back into cycling. But hilly Knoxville was a tall order for someone who hadn’t cycled in three decades. So Jon opted for an accessible, comfortable e-bike from the company Day6 Bikes and began putting on the miles. As time went on, he began increasing his rides and pushing harder.

As Jon explained to Selene Yeager in Bicycling:

Of course Jon’s e-bike wasn’t the only part of his impressive weight loss journey. Rather, it was part of an overall lifestyle shift that included becoming more active and eating healthier.

“Cycling is so great for your mood, joints, and health. It’s such a tonic every time I’m out on the road. I want to motivate people by showing them an enjoyable sustainable pathway to change for which the e-bike is a catalyst and remains a key component. If we can replicate my experiment of one, we can, person by person, make a real change in our obesity and diabetes epidemic.”

How can an e-bike help YOU lose weight?

One of the reasons an e-bike was so useful in helping Jon change his lifestyle was because it lowered the barrier of entry.

Electric bicycles still allow the rider to pedal as hard as they want, offering an effective workout, yet they also provide a safety net to help returning riders cycle more safely when further from home. E-bikes are also helpful for taking the edge of off hills, which are one of the biggest obstacles preventing people from picking up biking – a fear of cycling up hills.

I’ve worked in the e-bike industry for over a decade, and I recently created a list of my top five tips for anyone who wants to get fit and lose weight with the help fo an e-bike. Check them out below:

Choosing the right e-bike is important, and we’ve previously discussed how to choose your first e-bike.

But don’t let decision paralysis stop you. There are hundreds of interesting e-bikes out there. You don’t necessarily need to drop $4,000 on a Specialized fitness e-bike (even though it’s a totally awesome e-bike).

My brother-in-law rocks the pedal assist function on his $1,199 RadRunner utility bike from Rad Power Bikes. That’s definitely not the first bike you’d think of for fitness, but it works for him and gets him riding. He doesn’t even touch the throttle, opting instead for a low pedal assist level so that he does most of the pedaling work.

Even an $899 Lectric XP would make an awesome e-bike for trail riding, and the pedal assist function would allow you to put in a decent afternoon’s effort while the bike simply assists you as much (or as little) as necessary.

So don’t let yourself get sucked too far down the rabbit hole of comparing every single nut and bolt on every e-bike. Find something that fits you and your budget and get out there and ride!

Pedal-assist, or the ability for the e-bike to multiply your pedaling force, is what makes e-bikes such potent exercise tools for riders that are returning to cycling. And most e-bikes have between four to eight levels of pedal assist, allowing you to fine-tune the amount of extra power provided by the motor.

Some riders mistakenly opt for the very lowest level with the goal of getting the best workout, but this can often leave new riders exhausted and in over their heads. The last thing you want is to find yourself totally spent while you’re still many miles from home.

So like most things in life, moderation is key when it comes to pedal-assist. Try starting in the middle, then working down to a lower pedal assist level as your fitness level improves.

It might sound difficult to use your e-bike every day.

But the best way to achieve it is to incorporate your e-bike into your life as a form of transportation, not just as a piece of exercise equipment.

Try to replace as many car trips as you can with your e-bike. If you just need a couple of things from the store, toss on a backpack (or add a pair of panniers) and ride there instead of taking the car.

If you’re visiting your friends at the coffee shop, consider riding instead of taking an Uber.

Find any way you can to fit the e-bike into your daily schedule. The more you ride, the more it becomes integrated into your lifestyle.

Tip #4: Try and add some off-road trails to your riding

If you have the option of riding off-road, I highly recommend including it at least occasionally in your rides.

Bike lanes are great for transportation and roads are certainly easier for efficient pedaling, but there’s nothing more enjoyable than pedaling down a nature trail with the sights, sounds, and smells of the earth around you.

You don’t have to find a crazy, super technical single-track course; in fact, it’s better if you can ride on a relaxed, easy-going, and flat trail in the beginning. The point isn’t to make the ride harder, but rather just to mix it up with a more pleasant atmosphere.

Whether you’ve got a local beach path, a forest trail, dirt roads, or any other piece of land that hasn’t been paved, you’ll be surprised how big of a difference it can make if you’re used to riding on the road.

And anything you can do to make the e-biking experience more relaxed and fun will go a long way towards ensuring that e-biking becomes integrated into your lifestyle and not relegated to the side as just some task that you know you should complete.

Tip #5 Ride with others when possible

Lastly, try and find at least one other person to ride with. It could be a riding group or even just a friend that you convinced to get an e-bike after you discovered how much fun they are.

Riding with others can be another great way to ensure that you’re getting out there more often. Both of you will keep each other honest since its harder to blow off a ride when you already told someone you’d meet them.

You don’t even need to find another e-bike companion.

A good friend of mine is a performance cyclist and we go on rides together all the time. I could never keep up with his fancy (non-electric) gravel bike on my own, but my e-bike helps me pace him and we enjoy rides together on the same trails, even though he’s a much stronger cyclist than I am.

My e-bike helps level the playing field and allows us to ride together.

The most important thing is just that you do it!

Ultimately, e-biking for exercise and fitness is all about putting in the time so that you can reap the rewards.

For some people, the reward is a lower number on the scale or a few holes down on the belt.

For others, those are just side benefits that accompany the main reward of finding a fun new hobby that brightens their day.

For me, e-biking has become a mixture of fitness, recreation, and transportation. I can do it all on just one e-bike, and I wouldn’t have it any other way!