Climate Crisis Weekly: What did 130F in Death Valley feel like? 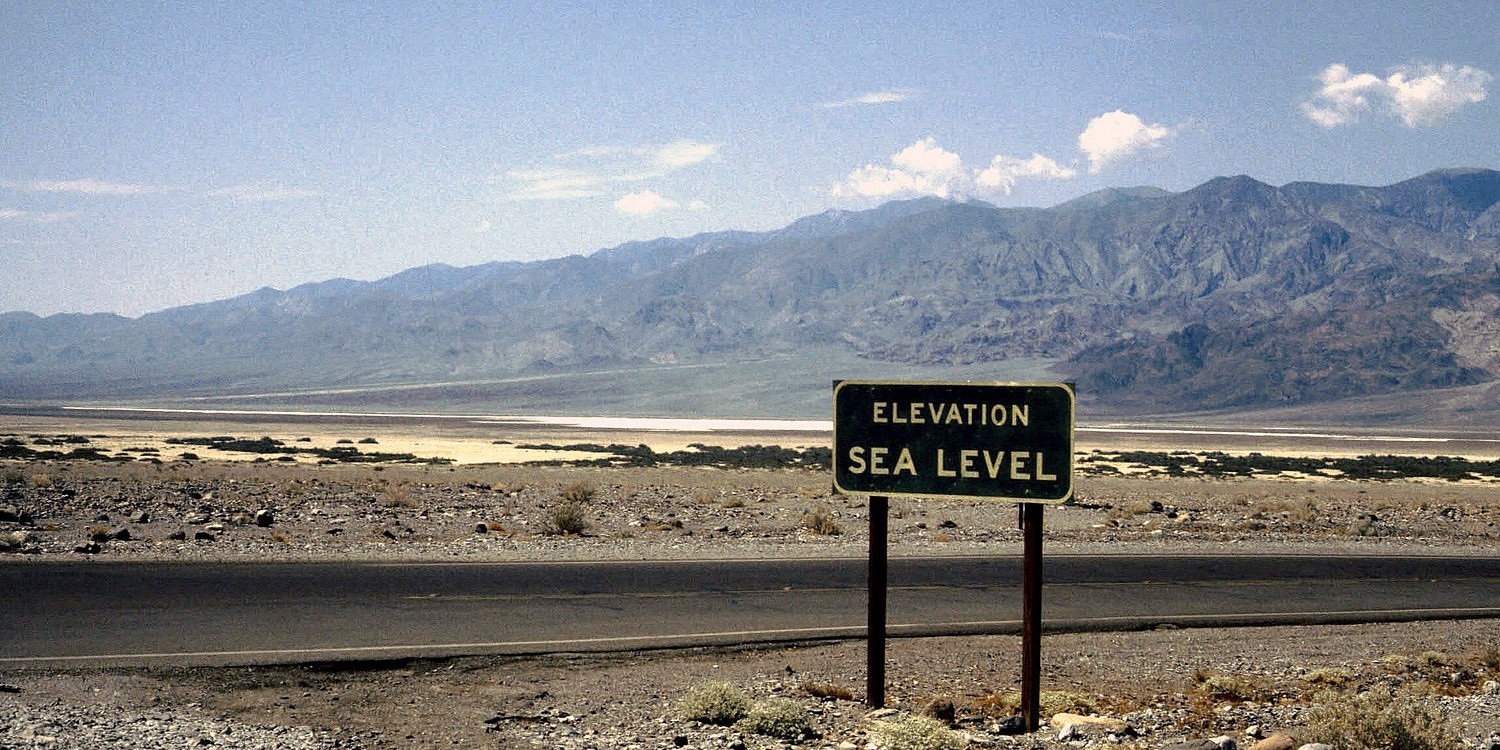 Scientists are busy trying to determine whether Death Valley, California’s temperature of 130F (54.4C), which was reached last Sunday, is the highest temperature ever recorded on earth. They won’t know until sometime this winter whether it truly is a record-breaker — but even for a place known for its extreme heat, it’s still insanely hot.

So what’s that feel like? SFGate reports that Patrick Taylor, the head of interpretation at the park, says it’s like “when you pull something out of the oven and that blast of heat engulfs you.” Others say it feels like a hairdryer blowing in your face because it’s dry heat. (When I visited Death Valley one summer and went swimming, it was incredible how the minute I got out of the pool, my skin dried almost instantly. And it wasn’t 130F.)

Taylor described sweating in that heat: “Sometimes it evaporates so fast that you don’t even know you’re sweating until you notice the salty crust on your skin.”

And something that Death Valley residents assert is that the temperature keeps creeping up over time. Arizona State University professor Randy Cerveny, who coordinates the World Meteorological Organization’s extreme temperature team, said:

We are having more extremes than we had in the past.

[The world is] “creeping up… year after year. That is something that cannot be denied. These extremes tell us a lot about what will happen in the future.

The location in Death Valley where the temperature was recorded? Furnace Creek. The name fits. And the greenhouse gases that people continue to generate through the use of fossil fuels will just drive temperatures up. As CNN reports, according to a new study :

Without cuts to greenhouse gas emissions, major US cities could see roughly between 13 and 30 times more population-adjusted exposure to extreme heat by 2100 as compared to the beginning of this century.

The climate crisis requires definitive action based on science, but being knowledgeable and active is intense, and it takes an emotional toll. Sarah Jaquette Ray teaches environmental studies at Humboldt State University in Arcata, California. She is the author of A Field Guide to Climate Anxiety: How to Keep Your Cool on a Warming Planet.

Ray wrote an op-ed for Fortune about how climate change is traumatizing Generation Z — those born between the mid-1990s and early 2010s. She also pointed out that Gen Z is key to fighting it.

You can read Ray’s entire article here. Because it’s important to understand what this means for the generation who is going to inherit this very serious problem that is only going to get worse if those currently in power don’t deal with it right now. Here’s an excerpt:

The young people I am teaching say they will bear the worst consequences of processes they did not initiate, and over which they have little or no control. They speak of an apocalypse on the horizon. My students say they do not expect to enjoy the experiences older adults take for granted—having children, planning a career, retiring.

We cannot afford for the next generation of climate justice leaders’ dread to become a self-fulfilling prophecy. Their psychological resources of resilience and imagination, and, against all odds, their fierce capacity for joy, are just as necessary for the future of a viable planet as natural resources like clean air and water. My generation must help Gen Z learn to push on the levers of technical, political, cultural, and economic change, and to draw on existential tools or “deep adaptation” in times of crisis.

The rest of us have much to learn from this traumatized generation. And we would do well to help them see that their grief and despair are the other side of love and connection. For their sake and that of the planet, we need them to feel empowered to shape and desire their future.

On Monday, Trump’s administration finalized its plan to open up 1.5 million acres of Alaska’s 19-million-acre Arctic National Wildlife Refuge to oil and gas development, overturning 60-year-old protections. The land apparently contains a lot of oil — which we don’t even need anyway. European oil companies are shifting to green energy, and oil prices have crashed.

Environmental and Alaskan native groups will also be filing lawsuits, and for a good reason: A lot of wildlife stands to suffer. Gina McCarthy, president of the Natural Resources Defense Council, said:

This is an egregious intrusion into the sacred lands of the Gwich’in and other Indigenous People. It threatens the heart of the largest pristine wildland left in America — the birthing grounds and nursery for the Porcupine Caribou Herd, and home to polar bears, musk oxen, migratory birds, and other precious wildlife.

The administration’s reckless, relentless boosting of the oil industry will irrevocably damage this cherished place and compound the global climate crisis. We will not let it stand.

Wednesday was the World Health Organization’s World Humanitarian Day 2020, where the WHO salutes “ordinary people who do the saving.” If you’re on Twitter, do a search on the hashtag #reallifeheroes to see some truly inspiring people who work to fight not only climate change, but other intersectional issues, such as COVID, natural and manmade disasters.

Learn more in the video below:

Wildfires are devastating California right now amid a record heatwave. In the past week alone, fires have charred over 1,200 square miles. Further, the air quality is currently terrible, if not the worst in the world right now from the smoke.

“Climate change is real,” Governor Gavin Newsom said, in a video he made for the Democratic National Convention, which was aired Thursday night.

Newsom is clearly frustrated — his state is on fire, and he doesn’t feel he’s getting the federal support the state needs. And who can blame him? The fires are devastating.

Swedish activist Greta Thunberg and other young activists from Germany and Belgium met with German chancellor Angela Merkel on Thursday to ask her to treat climate change as an emergency. Merkel’s response? That she would “try to be more brave.”

Ironically, the COVID-19 crisis will probably help meet Germany’s goal of reducing greenhouse gas emissions by 40% this year compared with 1990 levels, due to the reduction in the need for coal.

Germany says it will ban coal by 2038, and climate activists say that’s too late. The country’s challenge is that it has also phased out nuclear energy after the 2011 disaster in Fukushima, Japan. So it needs to move quickly to adopt other renewable energy sources.

We’re back with a look at #FridaysForFuture, and we start with a sobering tweet from Russia from brave Arshak:

Since she was in Germany for her meeting with Merkel, Greta Thunberg has joined her fellow activists in Berlin, perfectly socially distanced, in front of the Brandenburg Gate:

And finally, we have a new climate striker in Argentina. If you don’t read Spanish, his tweet says:

Today I do my first strike. I want to start sharing this and start showing here everything that our planet suffers. We need a change. We need to change now.