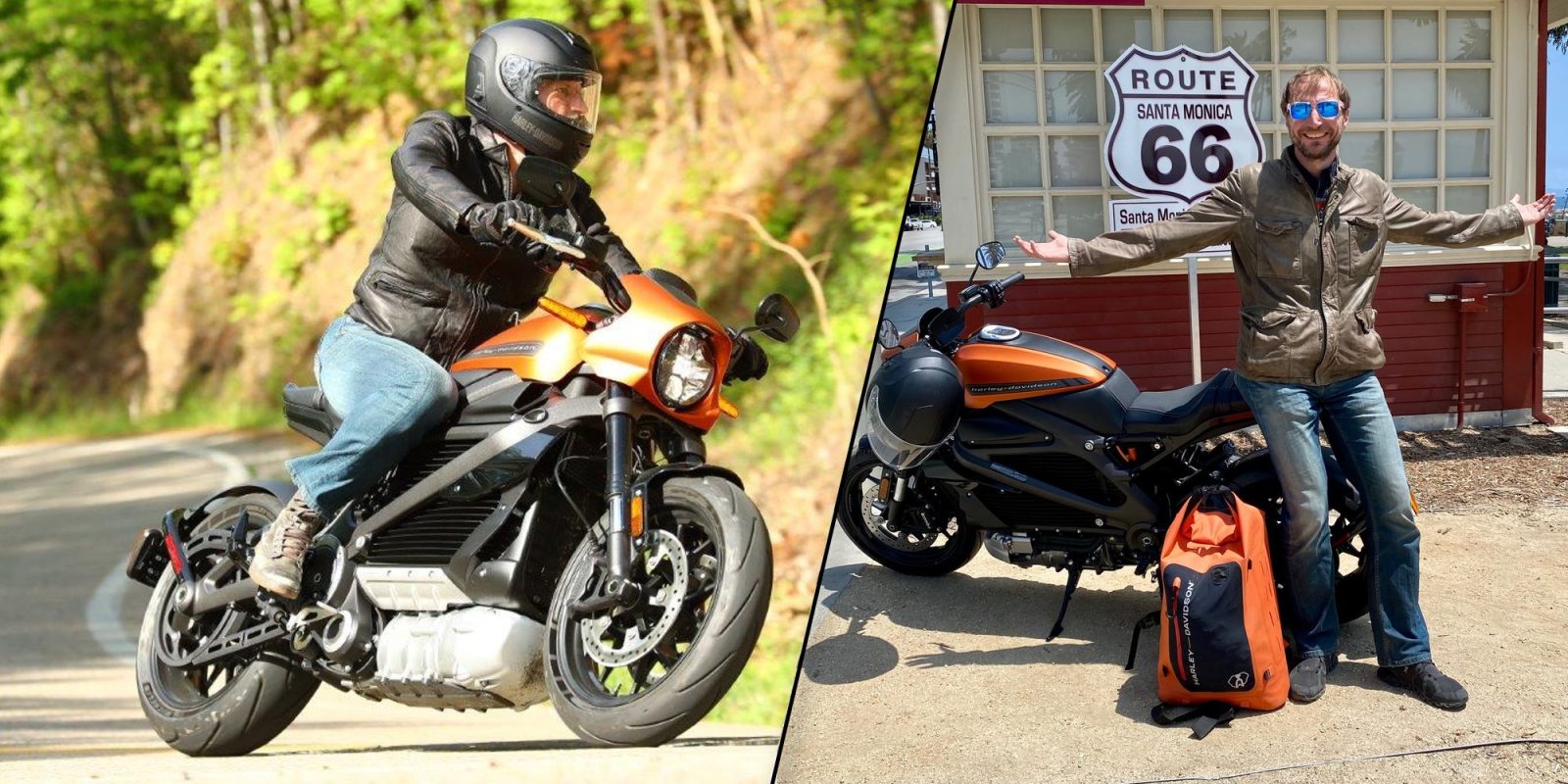 Felix Stellmaszek is a spur-of-the-moment kind of guy; he says it’s just part of his personality. So when the Harley-Davidson LiveWire electric motorcycle owner was prepping for a cross-country move from Atlanta to California, he went from thinking “maybe I’ll just ride my LiveWire all the way there” to hitting the road just a couple of days later.

He needed to get out to California anyways, and decided that a cross country ride on his new electric motorcycle would be the perfect way to do it.

As Felix explained to Electrek:

“The reasons for my trip were really three-fold. I wanted to mitigate potential cabin fever in the wake of COVID-19, where I was essentially locked into our 2 bedroom apartment with the family (including 3 kids ages 5 and under) and never-ending video conferences. It’s been a lifelong dream of mine to travel on Route 66 with a motorcycle. And I wanted to reconnect with real people in-person after countless video calls.

The relocation out West was not decided at that point. Moreover, it was more of a ‘scouting trip’ on my wife’s behalf as she was interested in moving to Cali. This also explains why I covered both southern and northern California.”

In total, Felix covered around 3,500 miles (5,600 km) on his journey, which he planned off-the-cuff using the PlugShare app. The LiveWire electric motorcycle includes DC fast charging capability, which can put nearly a full charge into the battery in around 40 minutes. The bike can also charge from public Level 2 chargers, but only at Level 1 speeds (essentially overnight charging).

Most riders charge at home on Level 1 chargers (from a standard wall outlet in the garage), but DC fast charging enables long range trips like the one Felix performed. Charge stops can be used to stretch your legs and grab a cup of coffee before hitting the road again.

“I will absolutely admit that I approached this particular trip in a somewhat naïve fashion. All I figured out in advance was where the fast charging stations were, using a combo of the H-D Connect and PlugShare apps. To be honest, in hindsight it was a bit crazy as I essentially rode 3,500 miles cross-country on my own with no support. Just my LiveWire, my Unchartered Backpack (no saddle bags or other accessories to avoid reducing range), my cell phone and my credit card.”

Despite his planning (or lack thereof), he soon ran into trouble when he discovered that some charging sites didn’t always have working chargers. Most sites had several chargers, which meant it was rare to have zero functioning chargers. But to be cautious, he replanned the rest of his stops to include back-up locations nearby, which is a strategy that other cross-country electric motorcycle riders have employed before. He also scanned ratings and comments on PlugShare more closely for a heads up on out-of-commission chargers.

Felix still had a couple close calls when he rolled into one charging station with 1% battery and another at 3% battery. However, we’ve seen riders demonstrate how the LiveWire still has a small yet functional amount of range left after hitting 0% battery on the display.

The experience taught Felix a lot about considerations for long range trips on electric motorcycles. As he explained:

“On an electric bike (just like an ICE bike), everything impacts range. Speed, additional accessories, cross-/head-winds, gradient, temperatures, etc. I found that speed and the wind were really the key factors that could negatively impact my range.”

Felix used his trip to scout out California, checking out LA and the Bay Area, before ultimately deciding on the latter and flying back to rejoin his family in Atlanta before the move.

Ultimately he considers the trip a success, and found that the LiveWire was a conversation starter everywhere he went. He picked up interesting experiences along the way, fulfilled a lifelong dream of cruising Historic Route 66 on a motorcycle, and proved once again that electric motorcycles are perfectly capable of touring and performing long range trips – as long as you plan a bit first!

This isn’t the first time the LiveWire has been used for these types of long range trips. Or the second time. Or the third. In fact, the LiveWire is building quite a reputation as a long distance touring e-bike.

They’ve ridden from the Mexican to Canadian border.

And a pair of LiveWires were ridden over 13,000 miles from Argentina to California as part of the Long Way Up series.

To see Electrek’s own review of the LiveWire electric motorcycle, check out our video below. Or read our full LiveWire review here.