Who says electric motorcycles can’t be used for long-distance touring rides? Not Ewan McGregor. The way he makes it sound, it’s almost easy – or at least can come with only minor difficulties.

The actor recently spilled the beans with some interesting behind the scenes info about his 9,000-mile ride from the southern tip of Argentina all the way up to Los Angeles.

The ride was part of a TV Series known as the Long Way Up.

As part of the adventure, Ewan McGregor and Charley Boorman rode Harley-Davidson LiveWire electric motorcycles on what was probably the bikes’ longest trip yet.

While the ride was completed at the end of last year, we haven’t heard much about it yet. We expected to only receive more information once a trailer for the series was ready, but now we’re getting an early sneak peek.

McGregor was recently hosted on The Tonight Show Starring Jimmy Fallon, where he answered questions and gave some behind the scenes info about the ride.

The Harley-Davidson LiveWire electric motorcycle has a maximum range on a single charge of 146 miles (235 km), though that is when traveling at city speeds. With somewhat limited range, McGregor and Boorman often stopped to charge in the middle of the day, finding places to plug in while stopping to eat or stretch their legs.

The Harley-Davidson LiveWire can quick charge from Level 3 DC Fast Charging stations, though you won’t find too many of those dotting the middle of nowhere in much of South America. So instead, McGregor explained that the pair often relied on the kindness of strangers to plug in at their homes or businesses while the duo made occasional stops to tour interesting areas along their route. 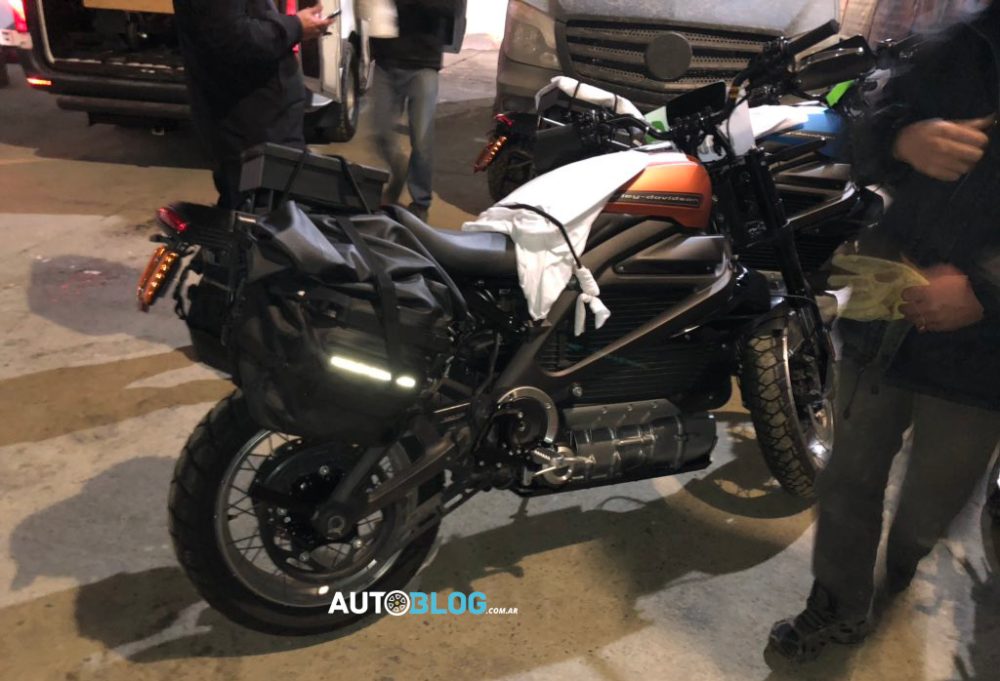 With two Harley-Davidson LiveWire electric motorcycles often charging on the same low power circuits, the duo sometimes found themselves in the slightly embarrassing situation of tripping the locals’ circuit breakers. McGregor explained how they would sometimes have to sheepishly notify their hosts of the power interruption, then take turns charging the bikes one at a time.

While most people would assume that running out of charge would be the biggest peril on a long-distance electric motorcycle trip, it was surprisingly rare. McGregor explained that it never happened to his riding partner Charley Boorman, though it did happen to him once or twice.

In that situation, McGregor explained that he was able to get an impromptu tow from a car by hanging onto the B pillar through the open window. That move likely isn’t found in Harley-Davidson’s official LiveWire owner’s manual, but it seemed to do the trick to get the bike to the nearest plug. Though considering the duo was supposedly traveling with Rivian electric pickup trucks as support vehicles, I wonder if there’s more to this story.

Of course, these types of issues aren’t as likely to occur in more developed nations where electrical grids are more robust and charging stations are more plentiful. However, the adventure seems to have demonstrated that electric motorcycles are capable of touring even in sub-optimal conditions, albeit with a bit of planning and creativity required at times.

The Long Way Up series is bound to be fascinating, and we’ll be sure to update when we finally hear news of its impending release.