On Thursday, July 16, more than 50,000 (and growing) people, with signatories that include activists, scientists, and influencers, sent an open letter to EU heads of state and leaders that stated the following demands:

These are some first steps, essential to our chance of avoiding a climate- and ecological disaster​.

We understand and know very well that the world is complicated and that what we are asking for may not be easy.​ The changes necessary to safeguard humanity may seem very unrealistic. But it is much more unrealistic to believe that our society would be able to survive the global heating we’re heading for, as well as other disastrous ecological consequences of today’s business as usual​.

Signatories include a large number of scientists from Scientists for Future, activists such as Jane Fonda, Bianca Jagger, Leonardo DiCaprio, Greta Thunberg, and Malala Yousafzai, groups such as PETA and Greenpeace, and artists such as Margaret Atwood, Emma Thompson, Russell Crowe, and Coldplay.

Burger King knows that customers are reducing the amount of meat they eat due to health and environmental concerns, so is adding meat alternatives to their menus. But for those who still like to eat beef and chicken, the fast-food giant is taking a novel approach to the problem of methane-emitting cows.

To put it bluntly, cows’ burps and farts are really bad for the environment. Their bovine emissions made up 9.9% of total US greenhouse gas emissions in 2018, according to the Environmental Protection Agency.

So Burger King worked with scientists to develop a special diet for the cattle. The new menu? A daily dose of 100 grams of lemongrass. (Lucky cows: Lemongrass tastes great.)

According to Restaurant Brands International:

In cattle, lemongrass has been shown to manipulate the digestion process and improve nutrient utilization, thereby reducing methane methane emissions by 33% a day.

BK made a catchy little video below and went with the humorous approach. I think it’s effective — how else can you talk about cow farts without trying to be funny?

But it appears to have confused a large number of YouTube viewers. With nearly 3 million views, it got 4.5K likes and 8.1K dislikes. Looks like there’s still a lot of education to do about this issue, as the majority of comments indicated embarrassment and downright horror at a little kid saying the word “fart.” (News flash: Kids love to say the word “fart.”) 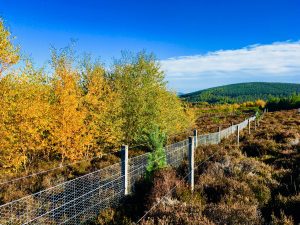 A new study from the University of Stirling in Scotland found that planting huge numbers of trees to mitigate climate change is “not always the best strategy” — with some experimental sites in Scotland failing to increase carbon stocks.

Scientists analyzed four locations in Scotland where birch trees were planted onto heather moorland and found that, over decades, there was no net increase in ecosystem carbon storage.

The team found that any increase to carbon storage in tree biomass was offset by a loss of carbon stored in the soil.

So does this mean that planting lots of trees is pointless? No. It’s all in where they’re planted.

Dr. Ruth Mitchell, a co-author of the study, said:

Our work shows that tree-planting locations need to be carefully sited, taking into account soil conditions, otherwise the tree planting will not result in the desired increase in carbon storage and climate change mitigation.

The climate emergency affects us all — and it is important that strategies implemented to mitigate climate change — such as large-scale tree planting — are robust and achieve the intended outcomes.

Changes to carbon storage — both above and below ground — must be better quantified and understood before we can be assured that large-scale tree planting will have the intended policy and climate outcomes.

Right, let’s stick with the subject of tree planting for a minute. Global reforestation nonprofit One Tree Planted is partnering with global community conservation organization the Jane Goodall Institute on the Wildlife Habitat & Corridor Restoration Project in Western Uganda.

The project will plant more than 3 million trees, supporting long-term and large-scale restoration of the Albertine Rift Forests. Over the last 25 years, millions of hectares of forest have been destroyed due to human settlement, large and small-scale agriculture, logging, and fire.

The Albertine Rift is a habitat for endangered chimpanzees, and homes over 50% of birds, 39% of mammals, 19% of amphibians, and 14% of reptiles and plants of mainland Africa. The project will begin in 2020 and run through 2023.

We need to protect the existing forests. We need to try and restore the forest and the land around the forest that has not been degraded for too long, where the seeds and roots in the ground can sprout up and once again reclaim that land and make it an amazing forest ecosystem.

So, the Albertine Rift project will help Uganda’s forests and wildlife recover, and also provide ecological, socio-economic, and cultural benefits. Hopefully they’ll figure out a way to reduce emissions, too. If you’d like to help support planting trees for chimpanzees, click on the link here.

Sometimes, small things make a big difference. And changing your laundry routine can make a big impact on the environment, and your budget.

It’s called the Ecoegg, and the UK-based company’s product can replace both laundry detergents and softeners. For $34.87, you get 720 washes — so that’s 5 cents a wash! It also saves up to 40 plastic bottles a year. That’s a lot of plastic.

This colorful little refillable egg uses natural cleaning pellets. The white mineral pellets are made up of biodegradable surfactants, stabilizers, builders, and binders. These do most of the cleaning. The dark gray mineral pellets are tourmaline that help soften the laundry. It comes in fragrance-free, spring blossom, or fresh linen.

You can buy it on Amazon here, and refill pellets are available here.

When it comes to drying your clothes, the most environmentally friendly way to do that is to hang them outdoors, but if that isn’t possible, Ecoegg also makes a dryer egg, which the company claims is “scientifically proven to reduce tumble drying time by up to 28%.” So that means your electricity bill goes down. Win-win. You can buy that here.

Check out this Ecoegg investigation review from NBC’s WTHR 13 out of Indianapolis here:

Here’s what’s happening in climate-crisis protests around the world today. In Germany, parents have posted a tweet that roughly translates to, “30 activists symbolically bury the Paris Agreement in a black coffin”:

And here’s Sohanur Rahman, who is the chief executive of the Bangladesh Model Youth Parliament:

And from Mombasa, Kenya:

And finally, 15-year-old Holly Gillibrand of Scotland persists in her 77th week: