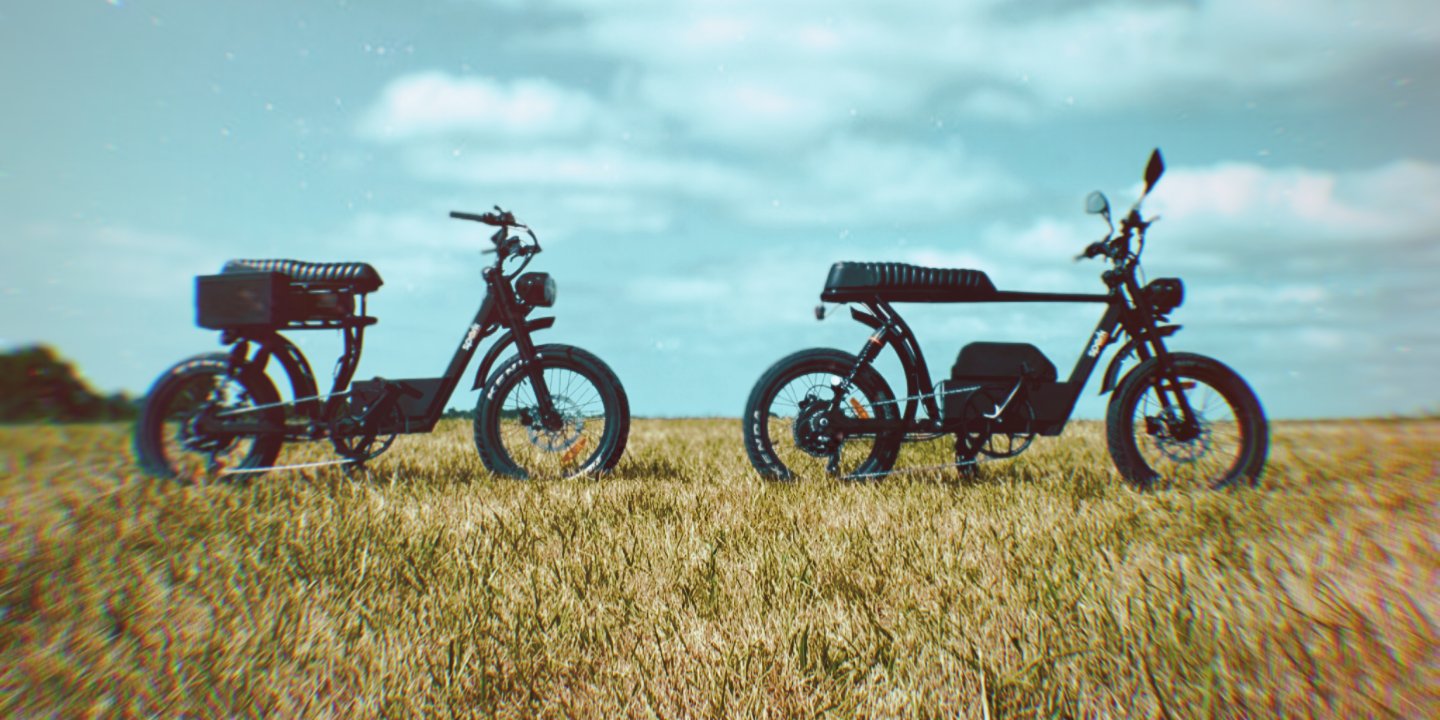 Connecticut-based Spark Cycleworks’ new product has just been added to the list of electric mopeds available in the US. The company’s Bandit electric moped comes with a VIN, allowing it to be registered as a street-legal vehicle.

Spark Cycleworks has only been around since 2018, but they’ve gotten a quick start with a variety of cruiser and city-style electric bikes.

Now their latest offering is pushing the brand further into electric moped territory with their new Bandit series.

The Bandit comes in a standard frame option that adopts a classic minibike frame with high top bar, as well as a step-through variant known as the Trooper that looks more like a vintage step-through moped. 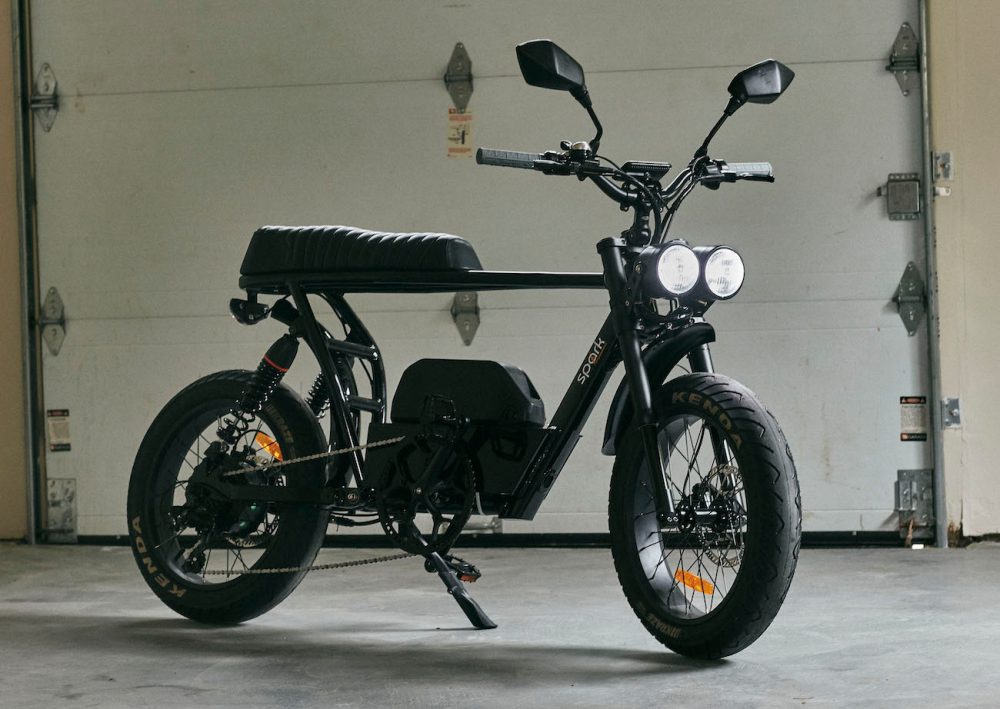 Both variants of the Bandit come with a continuous-rated 1.5kW (2 hp) rear hub motor that peaks at 2.4kW (3.2 hp). That power level was chosen to meet most moped laws across the US, which vary from state to state. The team also pre-programs the Bandit with the proper speed limit for each state it’s being shipped to in order to maintain its street-legal status.

Around the country there has been a rise in the 2 hp (1,491 Watt) standard. These guidelines seek to be the equivalent of the old 50cc rule for gas motors in many states. Our team spent two years developing a geared hub motor within this specification so that you don’t put yourself in legal jeopardy.

The design is also programmed to keep within all 50 states’ speed guidelines (20, 30, or 35 mph depending on state). We then took it a step further and worked with the DOT to register the design for VIN’s and added all required safety features such as mirrors and turn signals. As a result, you can stay within the guidelines and not need a motorcycle license! 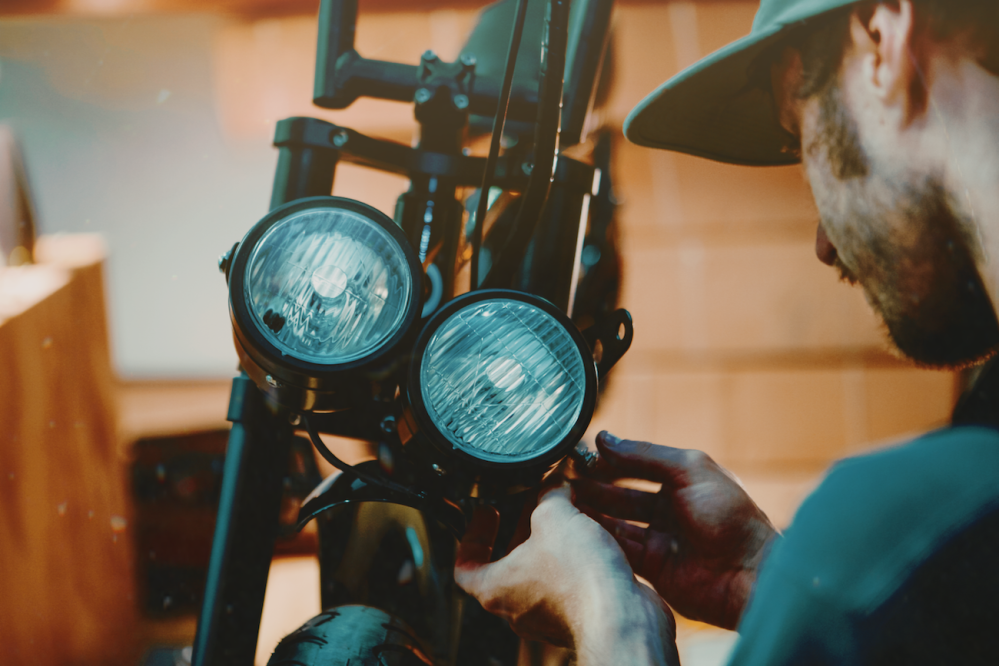 The Spark Cycleworks team used as many standard moped parts as possible with the goal of making the bikes easily modifiable and customizable. For example, they chose to use a thumb throttle instead of a twist throttle so that riders could swap out their grips for any standard moped grips from aftermarket suppliers.

The Bandit uses a large front chainring and a 7-speed pedal transmission to allow the rider to pedal even at high speeds of up to 30 mph (48 km/h).

For battery, the Bandit is outfitted with a 48V and 24.5Ah battery with 1,176 Wh of capacity. Spark Cycleworks gives several range estimates based on different speeds: Electric mopeds have been one of the fastest-growing categories of electric bicycles.

Most electric mopeds in the US pass legally as electric bicycles by remaining under 28 mph. Faster models often skirt the law by using a 28 mph “limited” mode and referring to the higher unlocked speed as an “off-road only” mode.

So far, only one other US-based electric moped manufacturer has gone through the steps to obtain VINs for its electric mopeds to allow riders to legally register the bikes.

The Spark Cycleworks Bandit is certainly aiming to be one of the most affordable of the US-based electric mopeds. It is debuting on Indiegogo at an introductory price of $2,750, marked down from an MSRP of $3,195.

While that’s not cheap compared to moped-style electric bicycles, the most popular true electric mopeds in the US cost over a thousand dollars more than the Bandit.

What do you think of the Bandit electric moped line? Let us know in the comments below!