The first picture of a Tesla Model Y and Ford Mustang Mach-E side by side has emerged and this gives us a quick size comparison in the process.

Automakers have been aggressively electrifying the crossover/small SUV segment.

In the US, the Tesla Model Y and Ford Mustang Mach-E are expected to be two leading premium electric vehicles in the segment.

Ford, who is completely new at building all-electric cars from the ground up, has been looking at Tesla for a few years.

Now Simon Wong spotted a Tesla Model Y charging next to a Mustang Mach-E near a Ford facility in Waterloo, Ontario, Canada (via Twitter): 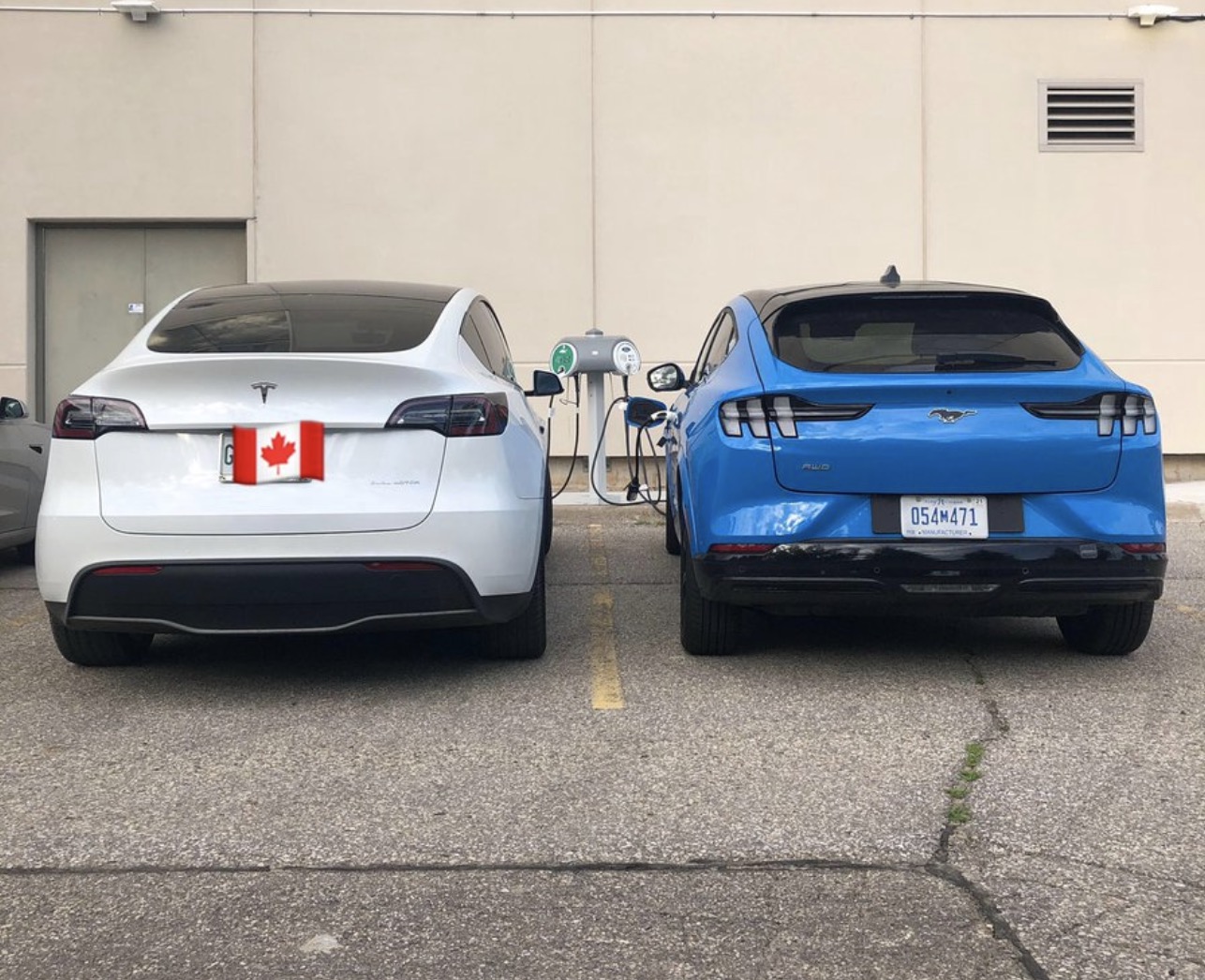 Tesla just recently started delivering the Model Y in Canada, and the Mustang Mach-E hasn’t hit the market anywhere yet.

It’s leading us to believe that Ford might be benchmarking its first all-electric vehicle built from the ground up to the Model Y.

Update: Wong confirmed to Electrek that he owns the Model Y so it is not being used by Ford.

But more interestingly, it’s the first picture we have seen of the two vehicles together, giving us a rare comparison, albeit only from the back.

The Model Y looks bigger here, but the specs tells us that Tesla’s SUV is only slightly bigger:

In the picture, the Model Y might look significantly bigger, but it might just be from the back due to the shape of the Model Y diffuser and the tow hitch location, which is hidden on this vehicle.

We previously released a Tesla Model Y vs. Ford Mustang Mach-E specs comparison that shows that the two vehicles have very similar specs for several configurations.

The Mustang Mach-E is hitting Ford dealerships later this year starting at ~$43,000.

I am pretty excited for this showdown. The Mach-E might be a rare real competitor for Tesla.

It’s quite obvious that Ford has taken a lot of inspiration from Tesla when it comes to its electrification effort, and now it’s time to see if it’s just a subpar imitation or if they managed to deliver a product that stands on its own.