The first undisguised images of the Volkswagen ID.4 electric crossover are spreading across the internet. The source is likely a Chinese car website. The photos of the production ID.4 reveal a compact crossover with clean lines that flow from the hood to the hatch.

There are very few differences between pre-production images of the concept version and what we see now. The doors appear to be more traditional, although still with recessed handles.

From a three-quarter’s view, and when seen directly from the front, the ID.4 looks small and slightly muscular — a compact crossover in the style of the Hyundai Kona or even the Jaguar I-Pace. The side view shows off its length and potential utility as an SUV. 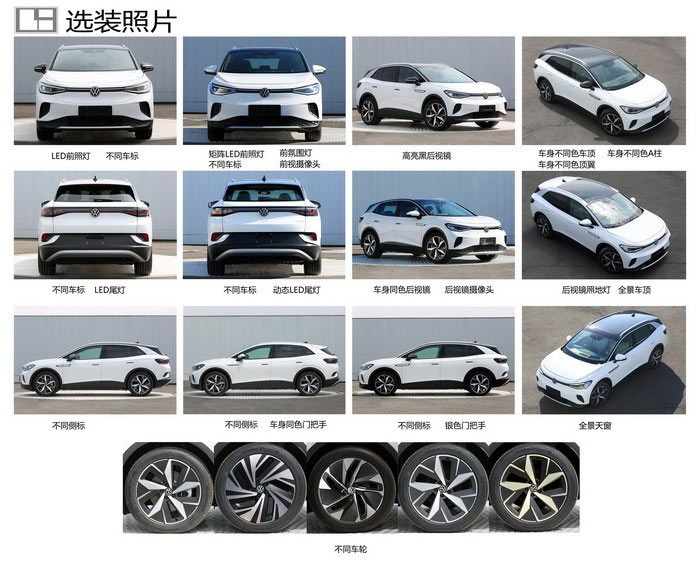 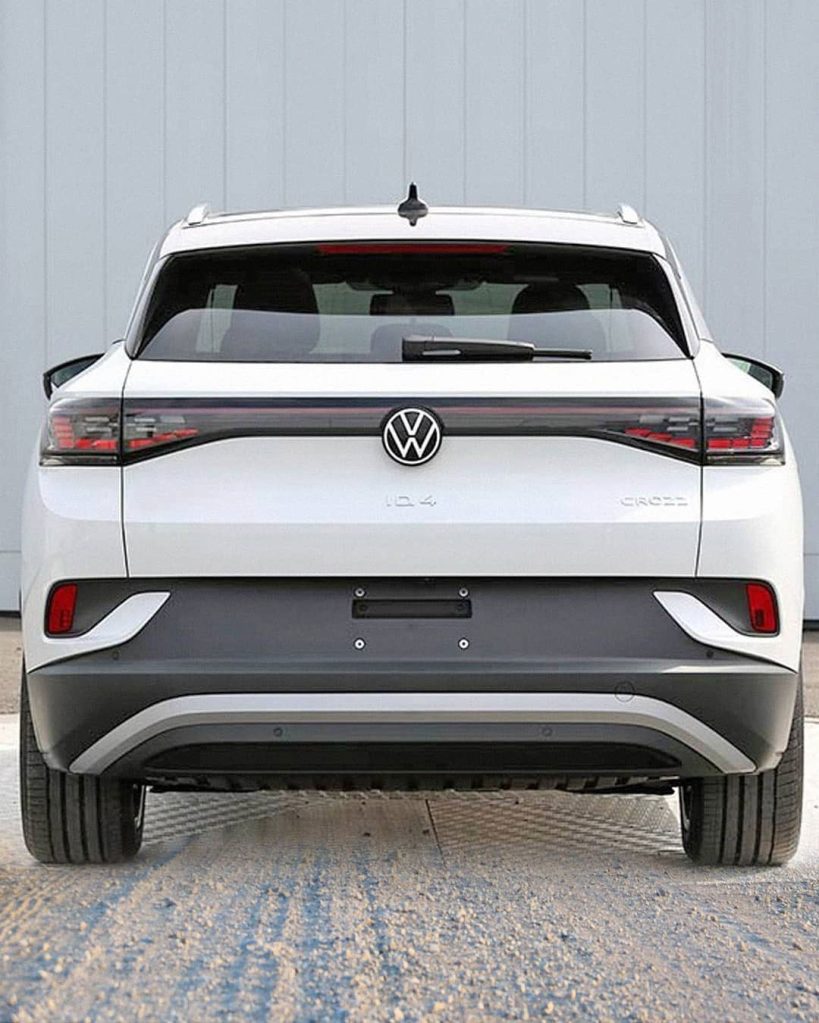 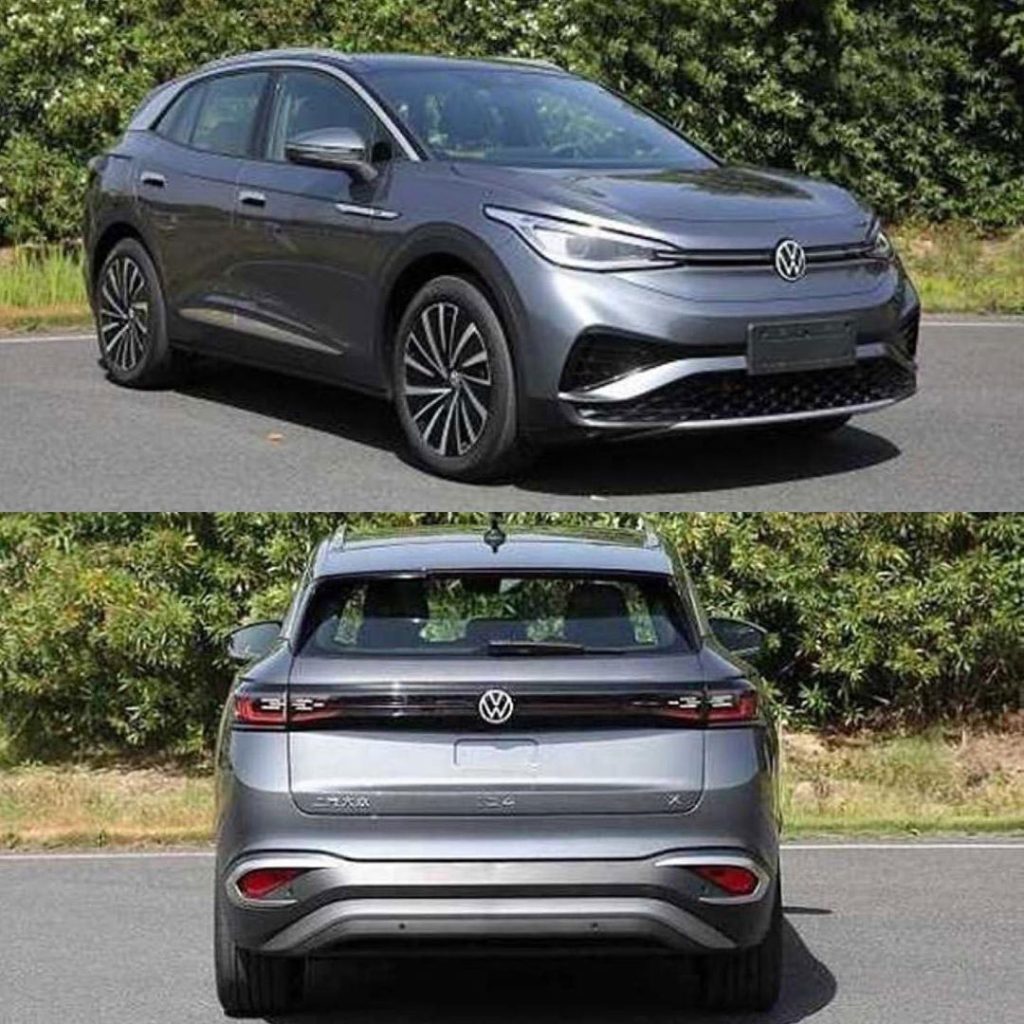 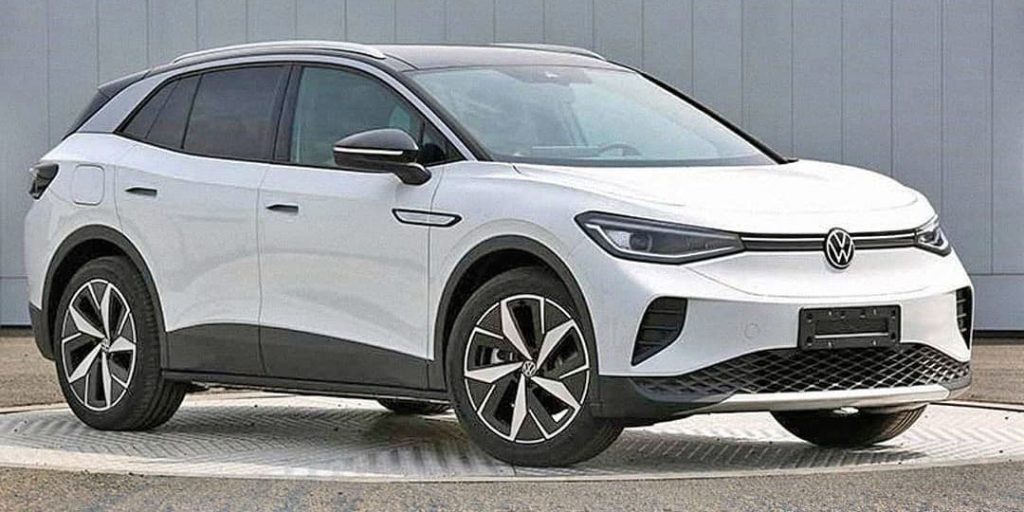 Based on sightings at the factory, the ID.4 will be similar in size to the Tesla Model Y.

The most dramatic style element is the blackened panels that extend between the wheel wells on the bottom of the doors. That line carries around to the front fascia to make the body look narrow. The effect works with the white paint, but the gray version looks like one solid mass.

A similar effect is apparent in a version of the ID.4 with a panoramic roof. But there’s also an option where the dark roof stops to align with the back of the rear-seat window.

The strongest view is from the back. The rising beltline from the side lifts even higher in the back to create a contrast between a bulky body and a small, tapered roof. It makes for a nice design, but visibility could be compromised. No images of the interior were leaked.

Five choices of aerodynamic rims, with a pinwheel design, help dress up both versions. The thin slash of the headlights on the front, with a modest lower grille, makes the front end look minimal.

EVPartner.com reports that it found info (and perhaps the images) via the Tram Resources car site, which in turn got them China’s Ministry of Industry and Information Technology. The car was “declared” to the ministry by SAIC Volkswagen and FAW-Volkswagen. The images were posted early on Instagram and the VW ID Talk forum.

According to EVPartner, the Volkswagen ID.4 application from FAW/SAIC includes info about two launch models:

Depending on the configuration, FAW-Volkswagen’s ID.4 will provide two different car logos, a black rearview mirror housing, a black roof, and a variety of 19-inch and 20-inch wheel styles, as well as connecting A-pillars. Silver trim panels on the side of the roof and C-pillar are optional.

It’s great to get a straightforward glimpse of the ID.4. No big surprises.

Beauty is subjective. But I think it’s a successful design. It’s not as boxy as the Volkswagen Tiguan conventional crossover. And it still uses the Volkswagen design language but with slightly more flair.

EVs tend to be slightly lifted to make room for batteries under the cabin. The style elements introduced by VW — the curvature of the hood, blackened panels, high hops, and tapered windows — help the ID.4 handle those dimensions.

Any new design is tricky. Volkswagen mostly played it safe, rather than making a bold new statement. The ID.4’s looks are not polarizing. That’s a smart move for an EV that it hopes will be accessible to mass buyers. You might not love the design, but it works.