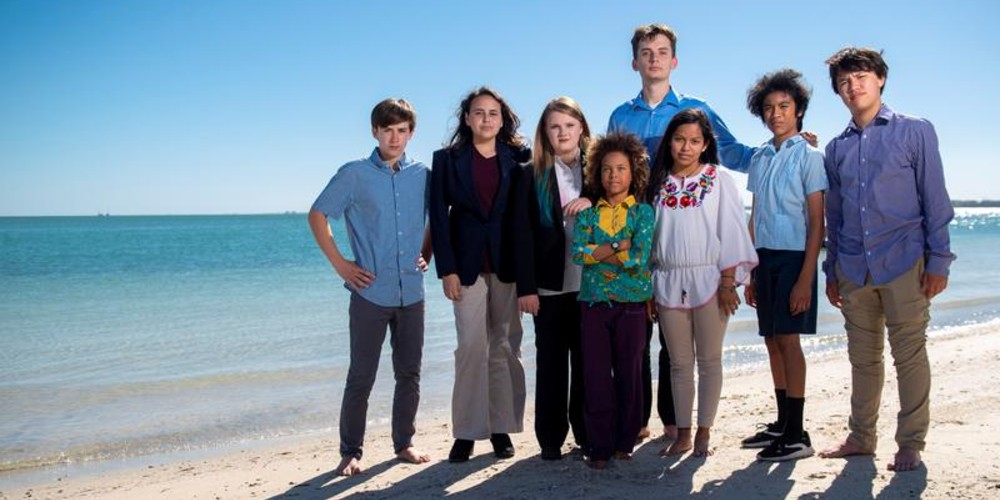 A circuit judge in Leon County, Florida, dismissed a lawsuit earlier in June that was filed by eight young people against the state of Florida over burning fossil fuels and thus causing climate change.

Judge Kevin Carroll said the young people made a “compelling argument,” but that it was a political problem to solve, so he dismissed the case. The group will take the case to Florida’s First District Court of Appeals.

Levi Draheim of Brevard County (pictured center, wearing yellow and green) is one of the plaintiffs. He said after the decision:

We should never have gotten to this point. We should have had climate change taken care of. The youth shouldn’t be having to take action like this to protect their future. We shouldn’t literally be fighting for our lives.

It was pretty upsetting yesterday. I didn’t sleep last night. I had so much going through my head. There shouldn’t be any question as to whether or not we have a right to a stable climate system.

Draheim’s mom is pregnant. He continued:

Hurricanes are such a scary thing because you don’t know if once you evacuate your house, if you are even going to have a home to come back to. I don’t want my younger sibling to have to go through that.

Leon Draheim is right. Hurricanes are scary, and fossil fuels are destroying the planet. (And hurricanes are getting more intense — yet another above-active season is expected by NOAA.)

Draheim is 12 years old. And such a young man shouldn’t have to worry about this. But he does, because the Florida legislators won’t.