The Brazilian electric two-wheeler company Voltz Motors is known for its EV01 seated electric scooter, but a new report indicates that their e-scooter is getting a big brother.

Photos and details have just emerged of an upcoming Voltz Motors EVS electric motorcycle, which will apparently be timed to debut simultaneously with the opening of Voltz Motors’ new Sao Paulo flagship store this August.

The source that provided the images explained to EMN:

“It will be a smart electric motorcycle due to the large amount of tech built into the bike and the possibility for different combinations of battery packs.”

We’re now seeing sketches of the EVS along with two teaser images. 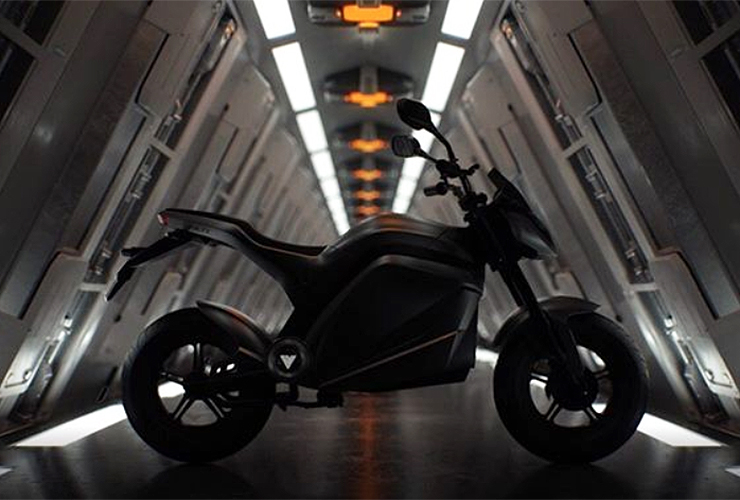 The first shows a profile shot, which indicates an aggressive stance for a street bike, but also raises questions about the bike’s proportions.

It doesn’t look quite like a full-size electric streetbike, and could perhaps have dimensions closer to a smaller urban electric motorcycle like we’ve seen in the past. 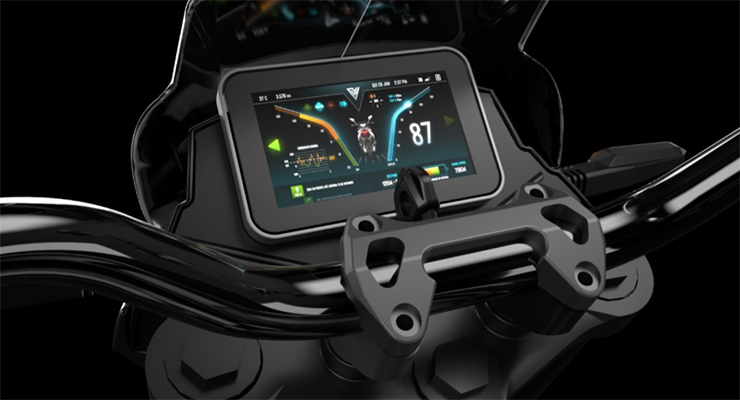 The second image shows a full-featured and large format color display. We don’t yet know what embedded tech could be included in the Voltz Motors electric motorcycle, but that display is perfect for integrating turn-by-turn GPS navigation, which would be a rare feature in the electric motorcycle industry.

For its part, Voltz Motors is staying tight-lipped about the upcoming bike.

The company responded to an inquiry about the leaks, saying only, “Street bikes are very popular in Brazil.” 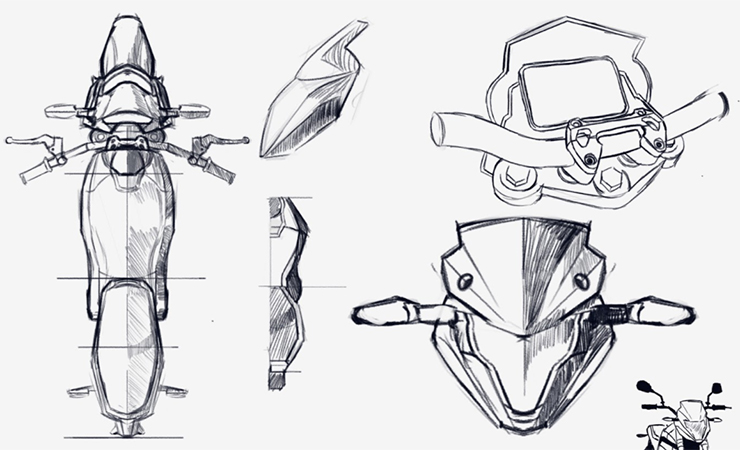 It’s a bit early for me to make too much of a judgment on the Voltz Motors EVS, but I do see two promising trends here.

Second, it is starting to become commonplace for companies to pack electric motorcycles full of interesting tech. The motorcycle industry has always lagged a few years behind the automotive industry, that’s pretty par for the course. But it’s about time we started seeing more rider aids and helpful features like turn by turn navigation right on the bike’s display. I’m tired of having to clamp my phone to the handlebars and pray that it stays on there at 75 mph (120 km/h).

What do you think of the upcoming Voltz Motors electric motorcycle? Sound off in the comment section below!