We first caught up with Ottobike at the 2018 EICMA Milan Motorcycle Show where the team showed us their electric motorcycle offerings. This year we met with the team again to see their new models, including the hot new Ottobike MXR electric dirt bike.

This year, Ottobike’s EICMA booth was even larger and more impressive than last year’s.

And as a special treat, this year the team showed us their new Ottobike MXR electric dirt bike, which may rival some of the newest offerings from Sur Ron and others.

The Ottobike MXR sports an 11 kW continuous rated mid-drive motor that shares a liquid cooling system with the electronic speed controller. The peak power of the motor is certainly even higher, though Ottobike hasn’t shared those figures yet. 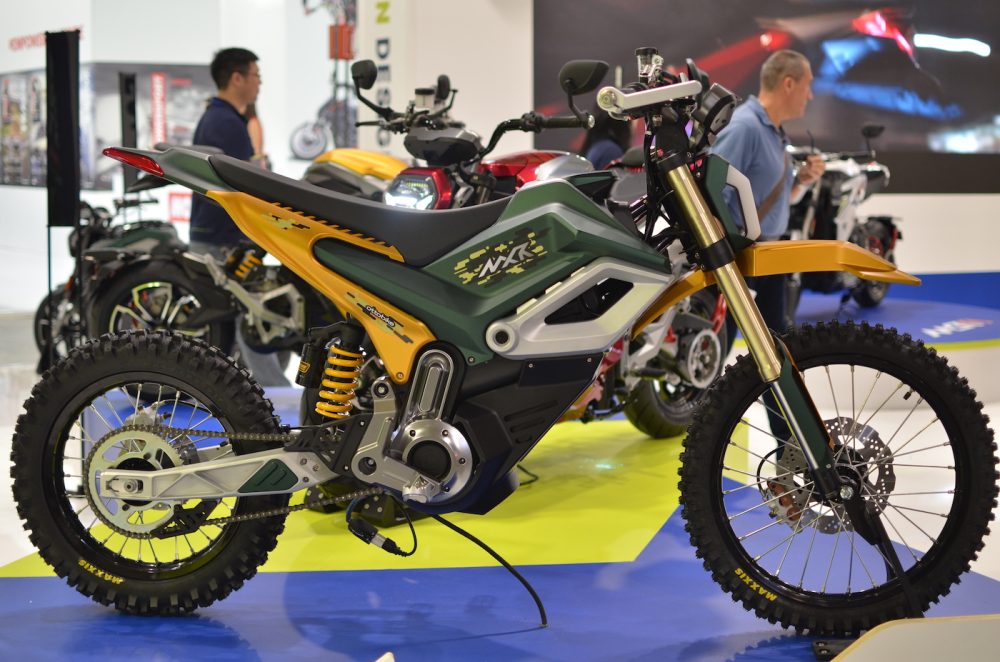 The non-removable battery has a capacity of nearly 5 kWh and the MXR even includes an on-board 1.2 kW battery charger. The company rates the Ottobike MXR’s charging time as 2.25 hours for a 20-80% charge, which means closer to 3.5-4 hours for a nearly full charge.

The Ottobike MXR’s LCD dashboard looks more like something you’d find in an electric car than on an electric dirt bike. Ottobike developed the custom display using Android OS to allow riders to view GPS directions, live maps and see incoming calls, among other features.

The Ottobike MXR is slated to begin production in Q2 of this year with an initial rollout in Europe.

Sur Ron’s original Light Bee electric bike began growing in popularity last year, followed up by the Sur Ron Storm Bee this year, which is closer in size to the Ottobike MXR.

The Zero FX supermoto has also been a favorite among those looking for a lightweight off-road electric motorcycle.

What do you think of the Ottobike MXR electric dirt bike? Let us know in the comments below.