Ford and Toyota are simultaneously this summer introducing plug-in hybrid options of their popular crossover SUVs: the Ford Escape and RAV4. The Ford Escape Plug-in Hybrid got an EPA rating of 100 MPGe, gaining an edge over the RAV4 Prime PHEV.

However, the competition between Ford and Toyota for the best crossover plug-in hybrid SUV is mostly a tempest in a teapot. The difference between the Escape’s 100 MPGe and the RAV’s 94 MPGe is a rounding error.

When it comes to all-electric range, efficiency, charging times, and price, the two models stack up close to one another. The Escape plug-in starts at under $35,000, while the RAV4 Prime Plug-in Hybrid has a starting price of $38,100. Both companies qualify for federal and local incentives that bring the price down by several thousand dollars.

And the RAV4 Plug-in Hybrid gets 42 miles of all-electric range compared to the Escape’s 37 miles.

Of course, neither one of the crossover PHEVs can touch the zero-emissions and performance capability of a Model Y — or the other upcoming electric crossovers like the Ford Mustang Mach-E, Volkswagen ID.4, or Volvo XC40 EV. 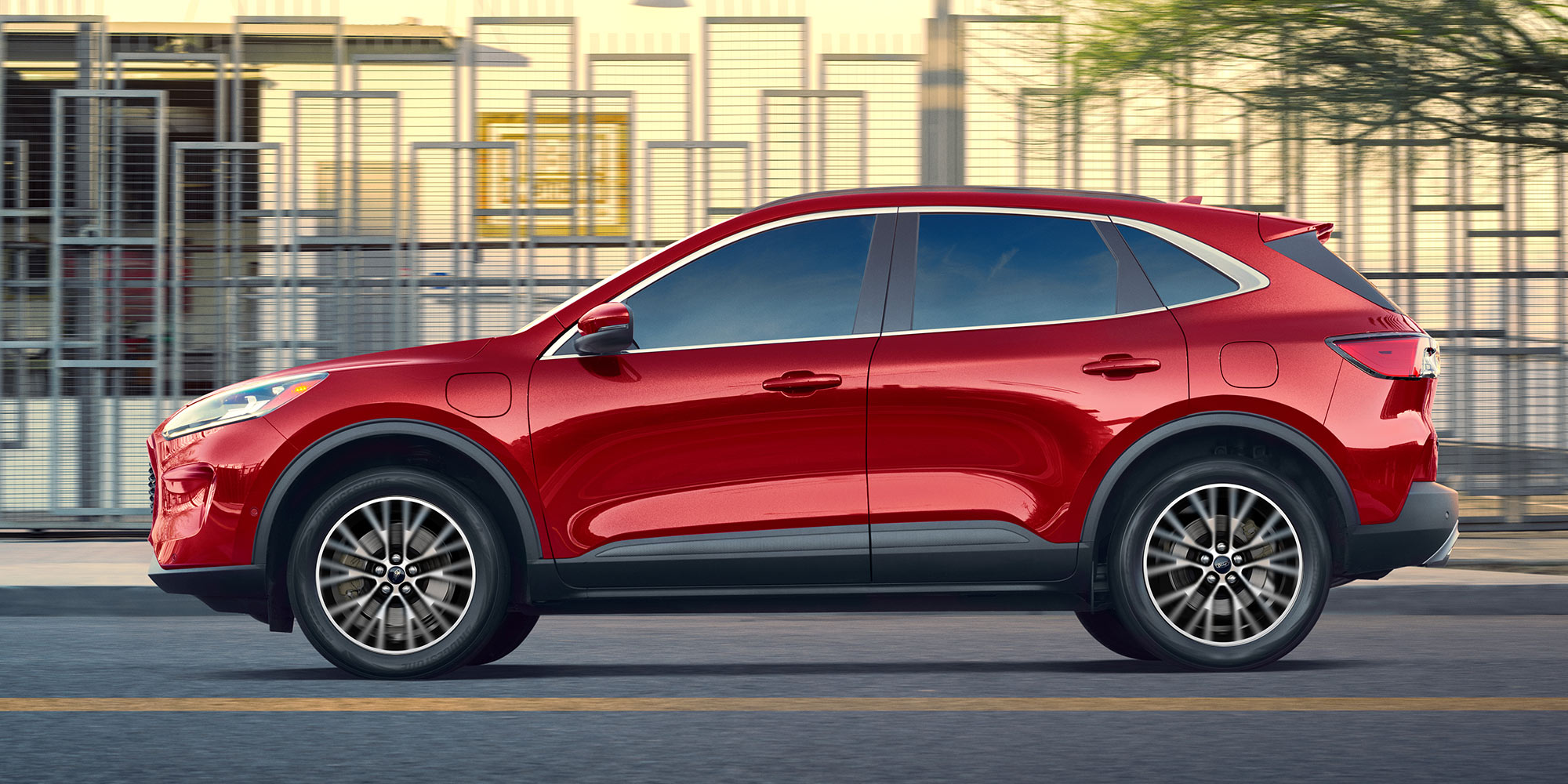 On a pure efficiency level, the plug-in Escape’s 100 MPGe is eclipsed by the Hyundai Kona Electric and Tesla Model Y, which are rated at 121 MPGe and 120 MPGe, respectively.

But before we EV fans get too worked up about how much better a pure electric vehicle is compared to a plug-in hybrid — and I wholeheartedly agree ­— let’s consider two things. First, there’s a huge crowd of car buyers that, for whatever reason, aren’t ready to ditch their combustion engine and quick fill-ups at a gas station. As many hybrid and plug-in hybrid owners will attest, a PHEV is a gateway to an EV. So it’s a step in the right direction.

Second, it wasn’t long ago that the notion of a fully capable SUV getting 100 miles per gallon was considered impossible. The current regular front-wheel-drive Escape achieves 30 mpg. Upgrading to 100 mpg is another step in the right direction, albeit incremental compared to a pure EV.

The Escape plug-in has more power and more passenger space than the Fusion Energi plug-in, as well as four times the cargo volume behind its second-row seats. Escape also has an additional 11 miles of all-electric driving range before it uses a drop of gas.

Ford rightly highlights the Escape Plug-in Hybrid’s improvements over a similar system available in the Ford Fusion sedan. But that overlooks the RAV4 Plug-in Hybrid’s 5-mile advantage for all-electric range over the new Escape PHEV.

In real-world daily driving, the difference between Ford’s and Toyota’s electric range and efficiency will depend more on an individual’s driving patterns and how the respective powertrains are configured to fire up their internal-combustion engines or not when a driver stomps on the accelerator pedal. And how often PHEV drivers plug in rather than merely relying on its 2.5-liter gas engine.

A model-to-model comparison of features between the two new crossover plug-in hybrids will wait until the Escape and RAV4 plug-in hybrids are available to drive. For now, both automakers deserve credit for finally producing plug-in hybrid SUVs with respectable all-electric range — and in the most popular vehicle segment.

But let’s remember that Ford first developed a prototype of a plug-in hybrid version of the Escape in 2007. Why on earth, and for earth’s sake, did the company wait so long to put the plug-in hybrid Escape into production and to introduce a compelling EV like the Mustang Mach-E? Better later than never, I suppose.

For Toyota, it’s never (or so it appears for an EV). And with Toyota’s stubborn backing of Trump’s fight against California’s zero-emission rules, it continues to erode any remaining brand cred as a green company.

Nonetheless, compared to where those companies have been, 37 and 42 miles of travel without using any gas is pretty good. Let’s hope Ford and Toyota sell a gazillion of them, and every single one of their owners quickly moves on to a pure EV.