Elon Musk’s Boring Company is officially applying to extend its Loop tunnel system at the Las Vegas Convention Center to its first casino on the Strip.

In May 2019, the LVCVA chose the Boring Company’s $50 million project to act as its new official people mover.

Last month, The Boring Company announced that it completed the excavation of both tunnels for the project.

They are now seeking approval to move beyond the convention center and connect to a first casino: Encore At Wynn.

Clark County Commissioner Richard “Tick” L. Segerblom made the announcement and shared this image of the planned expansion: 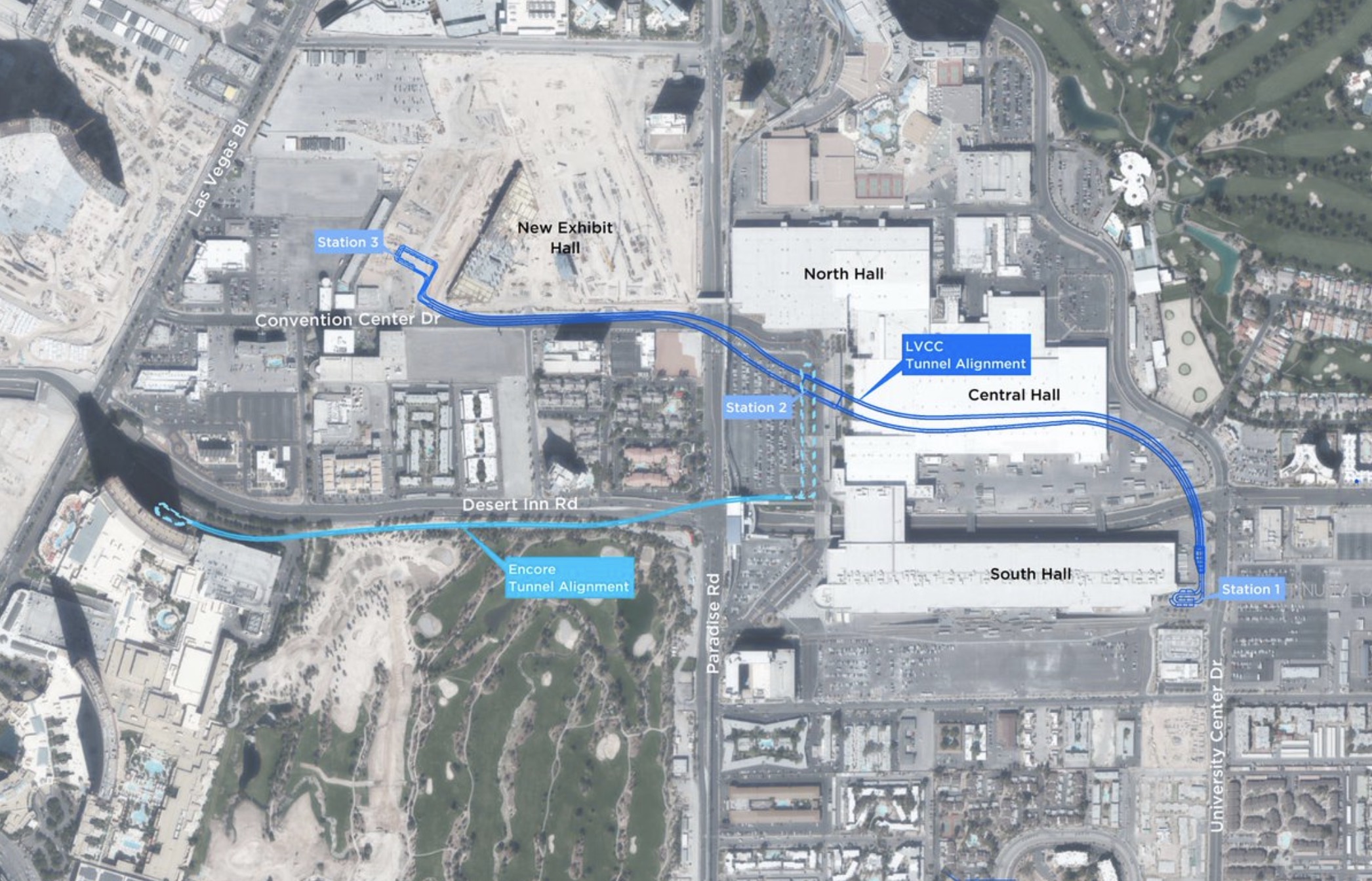 Wynn’s hotel and casino is the closest hotel on the strip to the convention center.

The Boring Company’s Loop at the convention center will move people between the different halls at high speed with Tesla vehicles inside the underground tunnels.

Musk recently said that The Boring Company would expand to the rest of Vegas, and he wasn’t kidding.

We don’t have a timeline for the expansion of the Loop, but we will keep you updated if we get more information.

As I previously stated, I could see The Boring Company link the convention center loop to the airport and then have casinos and hotels pay to have side tunnels reach their facilities.

The Wynn is close enough to the convention center that they can just start digging from there.

The Boring Company’s machine is already there, as they are done with it at the convention center now that they are working on the stations.

Therefore, I think this could happen quickly. Exciting.