In May 2019, the LVCVA chose the Boring Company’s $50 million project to act as its new official people mover.

A few months ago, we reported on how the Boring Company’s machine broke through the wall of its first of two 0.8-mile-long tunnels.

In the middle of the night, the company completed the second tunnel in a new milestone, marking the completion of the excavation phase of the project.

The boring machine today broke through the concrete wall near the 1.4 million square foot West Hall convention center expansion, which is currently 80% complete, signaling the completion of excavation for the two one-way tunnels known as the Convention Center Loop. The West Hall expansion and Convention Center Loop are scheduled to debut to the public in January 2021 and are part of the destination’s investment in bringing fun and groundbreaking transportation solutions to the meetings and conventions industry.

This milestone not only helps usher in the future of transportation in Las Vegas, but it signals the destination’s ability to push through during trying times and continue to meet the evolving needs of our visitors. Las Vegas continues to break through boundaries, and we look forward to offering this first-of-its-kind transportation solution to our convention attendees.

In an interview with Electrek when the project was first announced last year, Boring Company president Steve Davis said that it was likely that the Las Vegas project would be the first commercial Loop project to be completed by the Boring Company.

CEO and founder Elon Musk recently said that he expects the project to be completed by the end of 2020.

As the first commercial “Loop” project for the Boring Company, it wasn’t clear what would the actual transportation system look like.

With the launch of its test tunnel in Los Angeles in 2018, the Boring Company also unveiled Tesla vehicles on “tracking wheels” as a transport system inside its “Loop” tunnels.

The company said that this system will be considered, but they could also produce a new passenger vehicle built on the Model X chassis. 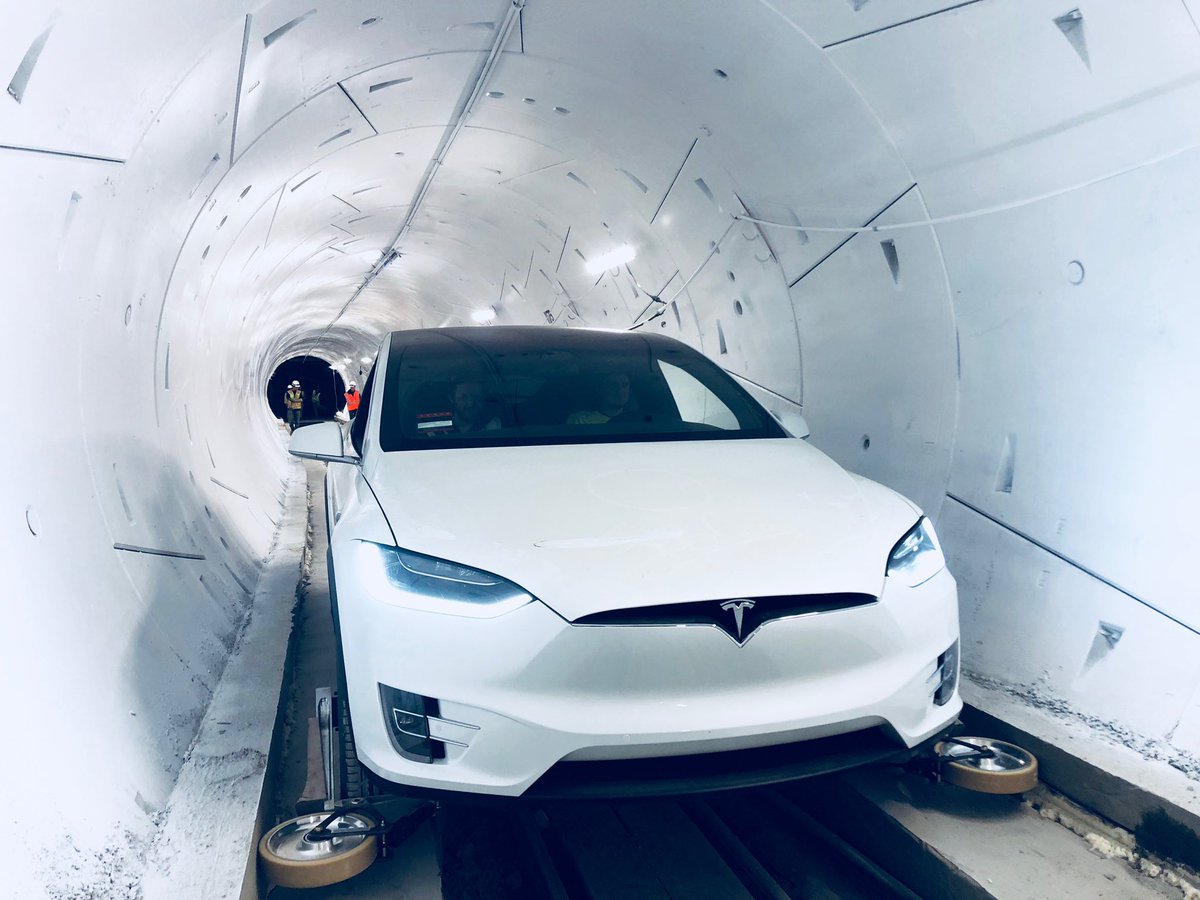 Earlier this year, LVCVA confirmed that people inside the tunnel will be traveling in “all-electric Tesla vehicles” without adding more details.

They say that people attending the venue will be able to travel across the 200-acre campus in “under two minutes” in one of those electric vehicles inside the “Loop.”

Now the Boring Company is focusing on building the three passenger stations in the system.

That’s exciting. This project is definitely happening. Congrats to the Boring Company.

I can’t wait to see what a commercial Boring Company Loop actually ends up looking like with boarding at the passenger stations, and what vehicles they end up using.

Also, kudos to LVCVA for moving ahead with this project, which was probably riskier than other submitted projects for their people mover.

If it ends up working with LVCVA, I hope the city of Las Vegas moves forward with an extension of the Loop system to the strip and the airport.