If everything goes according to plan, the first leg of the system would be operational at the Las Vegas Convention Center as soon as 2021.

They are currently expanding the already gigantic venue with a new section to open in 2021 and they need a new way to move people between all their different halls.

Last year, they sent out a request for information in order for companies to propose some people-mover projects and after an evaluation process that ended last week, a LVCVA panel selected the Boring Company’s Loop system, which moves electric passenger vehicles inside tunnels.

Steve Hill, LVCVA President and CEO, commented on the announcement:

“The selection of The Boring Company for the Las Vegas Convention Center’s on-property, guest transportation solution leads the way to the evolution of transportation overall in Southern Nevada. Our destination thrives on innovation and reinvention and The Boring Company’s concept allows us to continue providing the world-class experience our guests and clients have come to expect and move people in an efficient and cost-effective manner with advanced technology.”

In an interview with Electrek, Hill said that the Boring Company’s was the least expensive of the projects submitted and he also noted the advantage of the system being built underground, which result in little to no disruption at the surface – or with the convention center regular operations.

The project is going to LVCVA’s board for a vote of approval on March 12th. After that, they will be able to finalize the details of the projects.

Here are some currently potential routes for the Loop at the Las Vegas convention center:

LVCVA estimates that it is going to have to pay between $35 to $55 million for the system, which they will own in order to allow its visitors to travel on it for free.

With the launch of its test tunnel in Los Angeles last year, the Boring Company also unveiled Tesla vehicles on ‘tracking wheels’ as a transport system inside its ‘Loop’ tunnels.

Hill said that this system will be considered, but a previously unveiled 16-seater passenger pod design based on a Tesla chassis is apparently also on the table: 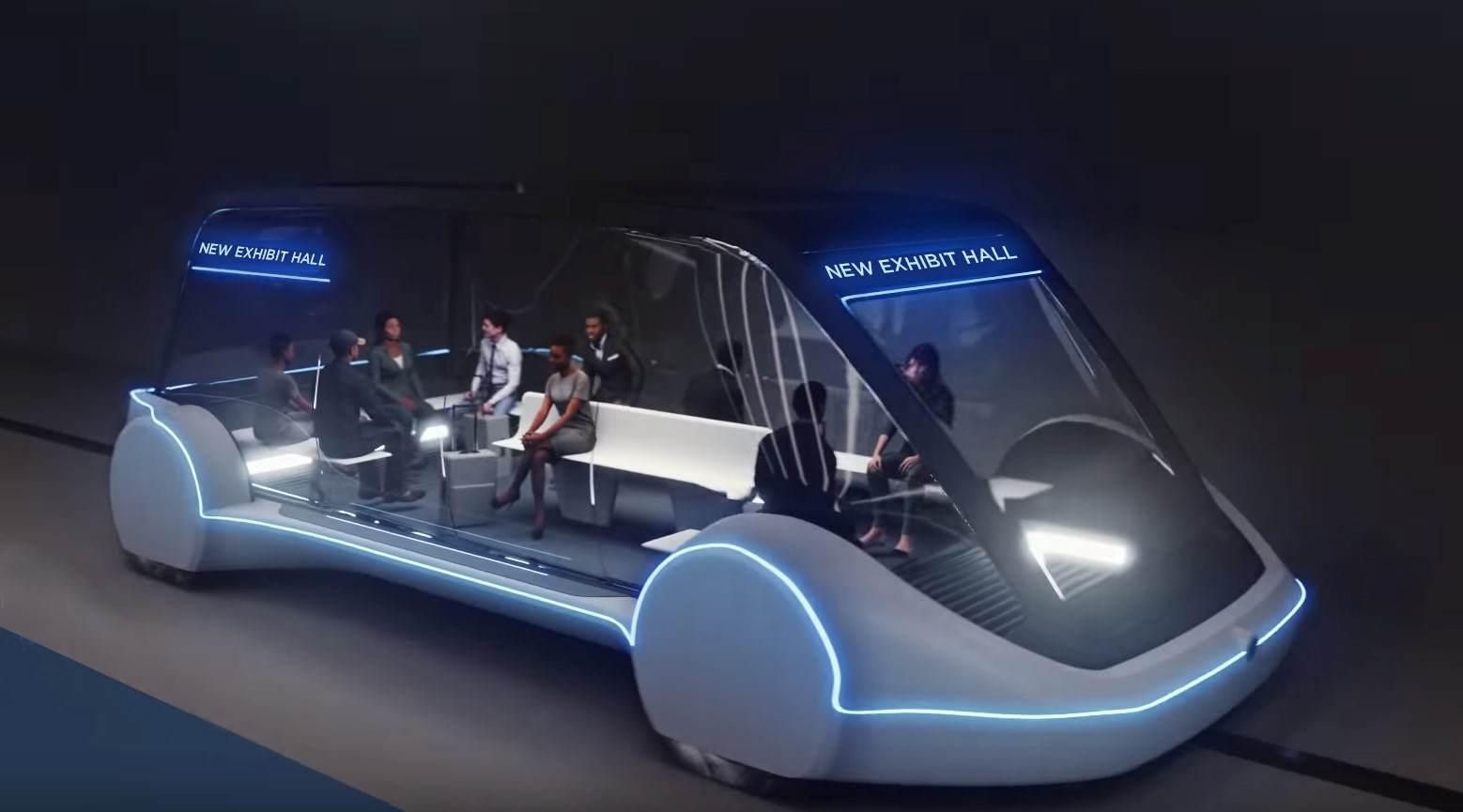 LVCVA and the Boring Company are aiming for the project to be completed and ready to operate by CES 2021 – when they will also launch the expansion of the convention center.

This could only be the beginning of a Boring Company Loop system in Las Vegas.

If successful, the company would also like to work with the city to join the convention center Loop with another system on the Vegas strip and connecting all the way to the airport: 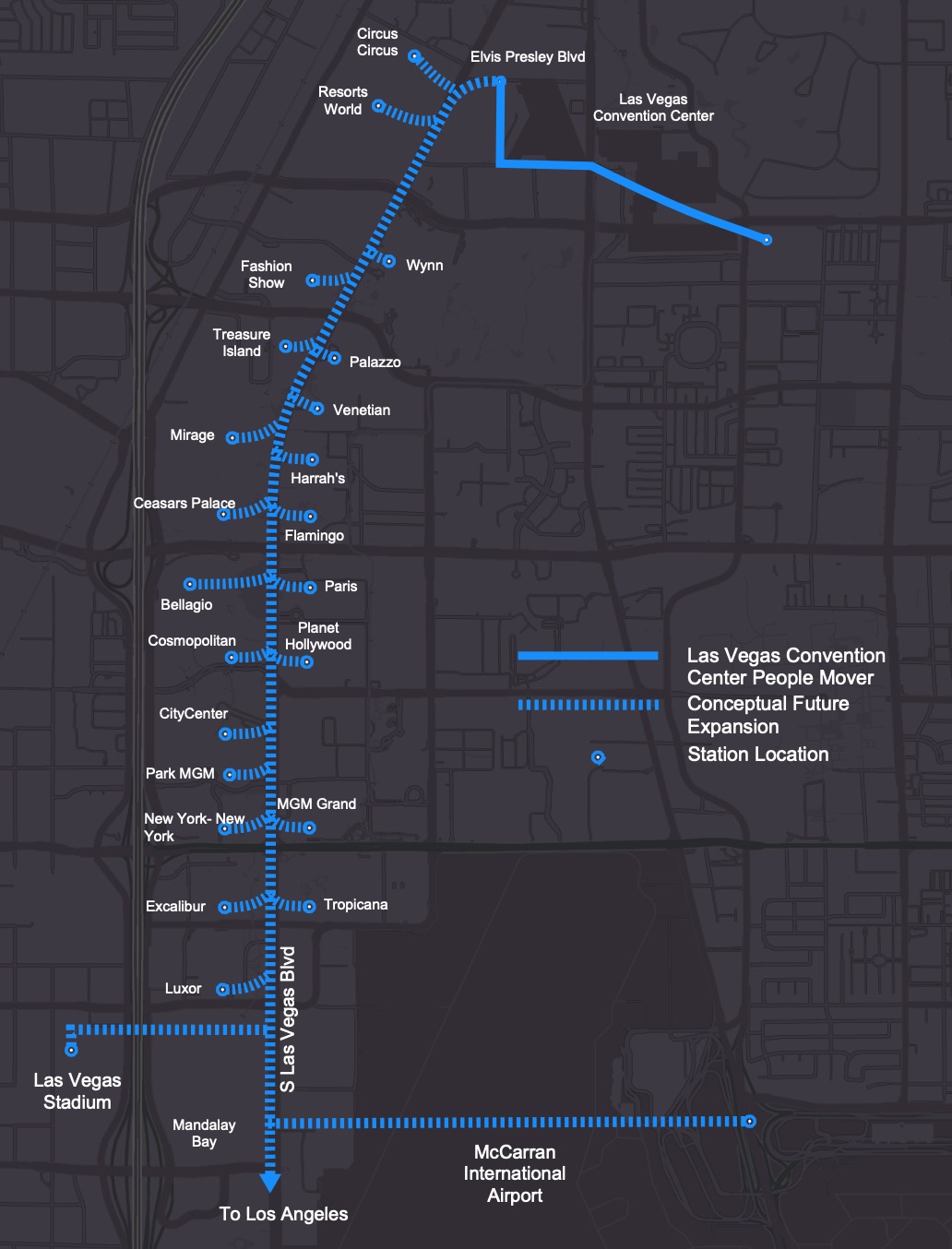 I am very excited about this project. After talking with both Steve Hill with the convention center, and Steve Davis, President of the Boring Company, it sounds like it just became the most likely project to be completed soon out of all the Boring Company’s current projects.

Elon said that Nevada’s ‘get it done’ attitude was part of the reason why they decided to move ahead with building the Gigafactory 1 in the state.

They are known to move fast and with littel red tape.

Hill was also with the Governor’s office during the Gigafactory 1 negotiations and he was part of the project. They made it happen.

I feel like it could be the same for this project.

I  think I might be riding in a Boring Company Loop during CES 2021. What do you think? Let us know in the comment section below.