Who killed the electric bike? Jump e-bikes spied being sent to the crusher 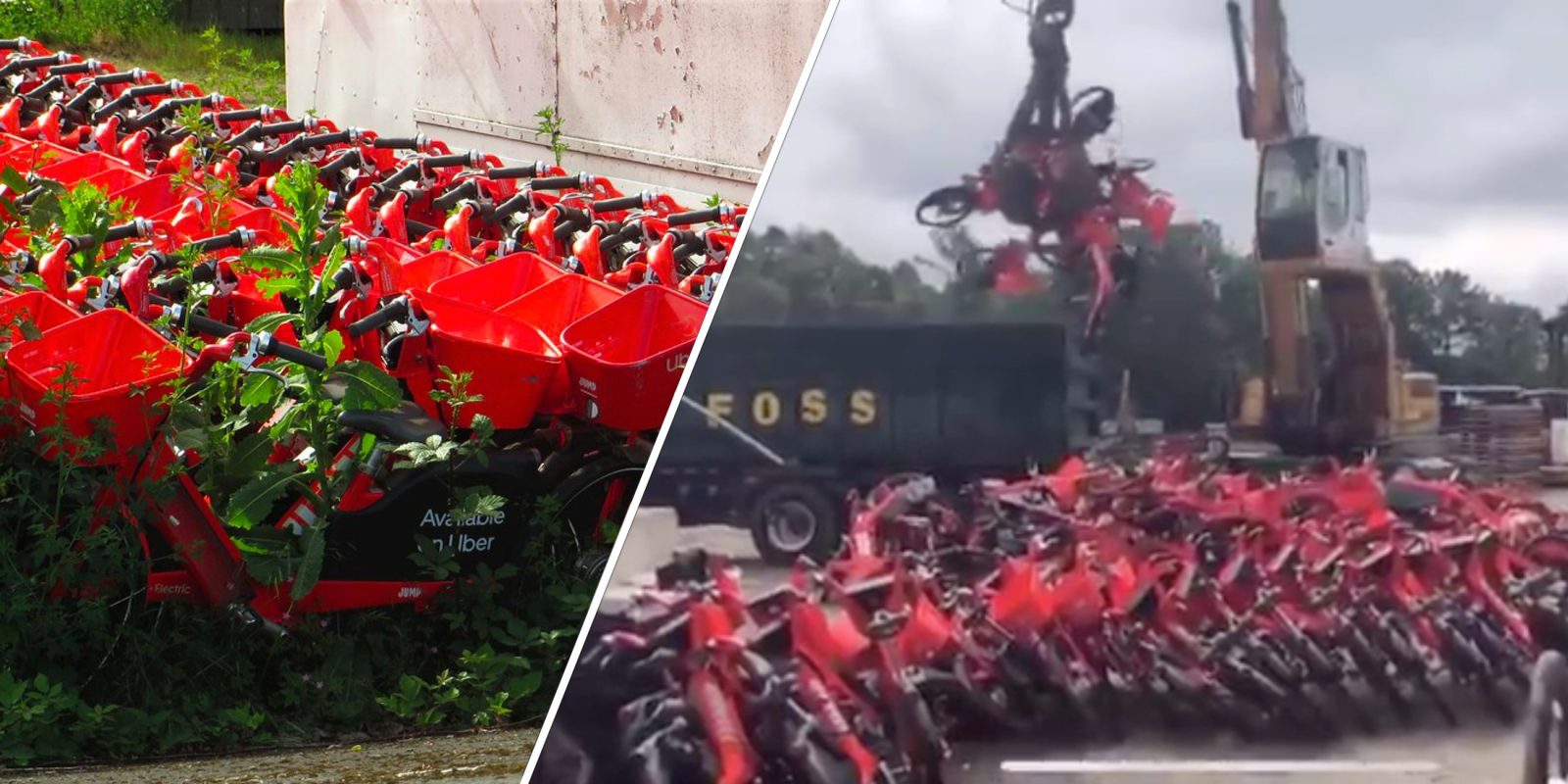 Remember that terribly depressing scene from Chris Paine’s 2006 documentary, Who Killed The Electric Car? of the EV1 electric cars being sent off to the crusher? Well it’s playing out all over again, except this time it is with electric bicycles.

Jump, an electric bicycle-sharing service, was purchased in 2018 by Uber as part of Uber’s goal of diversifying its transportation options.

While Jump had many fans, the move turned out to be unprofitable for Uber. The company made a deal with Lime earlier this month that saw Jump handed off once more, this time to the electric scooter-sharing service.

At the time there was hope that Jump bikes would be incorporated into Lime’s existing electric scooter-sharing program. But now that’s being called into question.

EXCLUSIVE: New, close-up pictures of the Seattle JUMP 5.5 fleet show that every single bike has *already had their 36V Li-Ion battery removed,* so the manpower existed to do that prior to sending them to scrap. The extent of the waste is unfathomable. pic.twitter.com/zT3nRhYNAs

Jump representatives at first claimed that these were older models that were being retired, but new photos and videos of a claw arm destroying hundreds of bikes shows many of the latest Jump e-bike models in the mix.

For its part, Lime claims that it isn’t responsible for the thousands of Jump e-bikes seen being destroyed.

A Lime spokesperson explained to Vice:

As part of the JUMP acquisition, we took possession of tens of thousands of e-bikes — including the spare parts and tools to fix them — and have already begun to deploy them. We have not recycled any of the JUMP e-bikes in our fleet and are committed to scaling and operating them during this critical time.

Instead, it appears that Uber made the decision to destroy a number of their e-bikes instead of passing them on to Lime.

According to an Uber spokesperson:

We explored donating the remaining, older-model bikes, but given many significant issues — including maintenance, liability, safety concerns, and a lack of consumer-grade charging equipment — we decided the best approach was to responsibly recycle them.

Heard the decision may lie with @limebike instead of @JUMPbyUber. Maybe someone has a contact that can see value in a better outcome? Keep the message going! #CreateChange #SenselessWaste #BikesForKids 👧👦 pic.twitter.com/TeMIpQ1hi3

As an electric bicycle advocate, this is really hard for me to watch.

Even if those bikes are being taken out of commission due to safety concerns with older vehicles (though many seem to be just fine), there are so many parts that could be salvaged to be reused on other electric bicycles. If you look on Amazon, you’ll find electric bicycle kits and e-bike motors for hundreds of dollars. Yet here we are, watching these valuable parts being crushed before our eyes. All of these parts could have been donated to high schools and engineering clubs, but instead are just being shredded for the metal.

To make matters worse, the US is in the middle of a historic e-bike shortage caused by surging demand for electric bicycles. E-bike shops are selling out of e-bikes, and even giant online retailers are having trouble keeping e-bikes and e-bike kits in stock.

I was a bit young during the EV1’s time, and didn’t fully appreciate the significance. But this, this I can appreciate. And it hurts to watch.