A Tesla Model S Performance achieved a new record quarter-mile with a 10.4-second time thanks to the new “Cheetah stance” update.

It is now equipped with a new Cheetah stance using the new adaptive air suspension and it is supposed to improve traction.

When first pushing the update, Tesla didn’t announce an official change in advertised performance from the update and a real-world test showed a 0 to 60 mph acceleration improvement from 2.47 to 2.41 seconds.

However, the conditions weren’t ideal, and it looks likely that the Tesla Model S Performance could beat that.

Now we are starting to understand what it means for the quarter-mile time of Tesla’s flagship performance sedan.

A Tesla Model S owner going by “Everything-Electric” on YouTube posted a video of his Model S Performance with the Raven motor and the new Cheetah Stance Launch Mode on a drag strip in Tulsa:

With the pandemic, most racetracks and drag strips have been closed for months, delaying the testing of Tesla’s new launch mode. 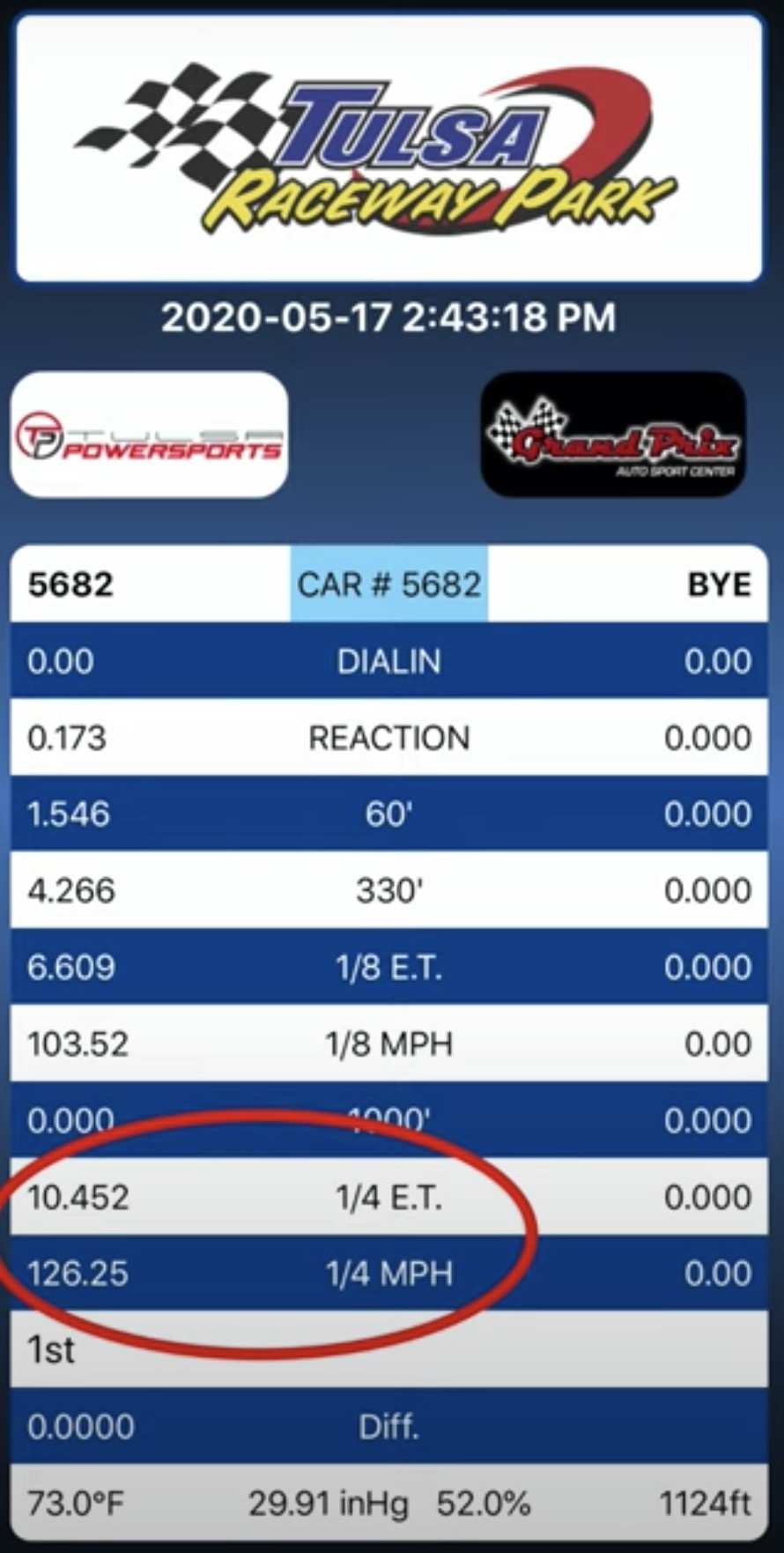 Everything-Electric wrote about his new record:

New world record for a 2019 Tesla model S performance raven NON gutted (Yet). This is the first time that I know of that a Tesla has been taken to the drag strip in 2020 with the new performance increase with cheetah stance and new launch control! 10.452 @ 126.25 MPH. We had a 20mph side wind and had to wait in the lanes for 30 mins waiting for the track staff to get a wrecked mustang off the track so by the time we got up there the car was at 98% SOC.

With better conditions at the track, it’s likely that the Model S Performance with the new Launch Mode could shave another 0.1 second off of that new record.

Everything-Electric says that he is adding aftermarket wheels and tires and stripping the car to achieve a better time — though at that point it will not be for the stock record.

The Tesla Model S performance records are expected to be broken several times this year with not only this new update, but Tesla is also planning to release its Model S “Plaid” later this year.

The new version of Tesla’s flagship sedan is expected to feature a major performance improvement.