Many new EV owners (and solar customers) need to upgrade their electrical panel. That panel, which is so critical to your home’s energy, uses antiquated technology. It’s mostly a big dumb circuit breaker. Well, that was until Arch Rao came along to turn that panel into an intelligent, app-controlled energy gateway.

Span, a new smart panel company that Electrek previously wrote about in September, announced today that it raised $10.2 million to commercialize its product — creating a better way to use and monitor EV charging, solar power, and home energy storage.

If you’re upgrading your electrical panel, you’re just going from a small version of an ancient technology to a new version of the same ancient technology, which is a passive circuit breaker box. That same problem manifests itself when you’re adopting a large solar system or an energy storage system.

Rao worked at Tesla from 2013 to 2018, joining as an early leader working on grid-connected batteries. His role expanded to leading product for Powerwall and Powerpack, as well as the SolarCity roof products.

He saw that more loads, such as an EV charging station, were being added to the home, but “the electrical panel at the nexus of everything was still a 50-plus-year-old device.”

Here’s what the Span panel does instead:

Span’s Series A round was led by ArcTern Ventures and joined by Capricorn Investment Group, Incite Ventures, and the company’s existing investors. Executives and advisers come from Tesla, Amazon Echo, Sunrun, and Nest. The Span panel is listed to UL certifications. 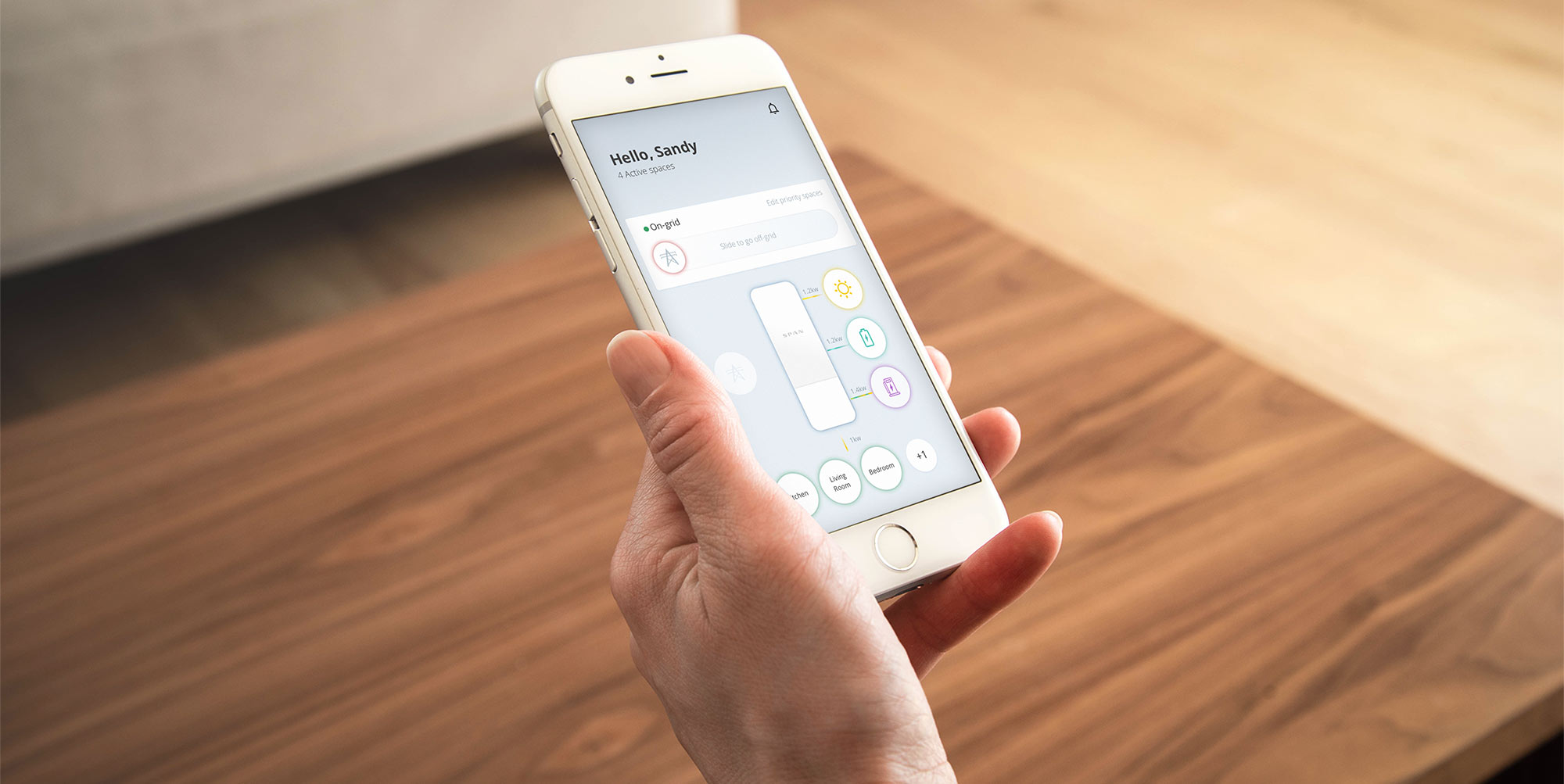 Based on his experience at Tesla, Rao believes that about 50% of new EV owners require a panel upgrade to about 200 amps or the addition of a subpanel. These are often put on non-critical load panels. Among Span’s advantages, you can dynamically switch a load from a non-critical to a critical load.

Moreover, by using an open EVSE standard, the electrical panel can directly communicate with a home charger. That means all chargers (not just a Tesla home charger) can go beyond scheduling a charge at peak power to dynamically controlling the flow and level of current based on various parameters.

In other words, the Span electrical panel can see and interpret the power draw from the entire house and every device inside. It can also evaluate data coming from the solar output and the status of home battery storage. Span has built-in circuit-level metering.

Our whole thesis is sure we can control some EV chargers today. But wouldn’t it be nice if you could extrapolate that to set the state or control every appliance in your home? And for that kind of logic in mind, we’ve built in an edge compute, right with cellular communication, Wi-Fi communication, and a fairly robust computational base, that we can talk over Wi-Fi or Bluetooth with different appliances in your home and allow you to control it through what will be a persistent gateway in your home. 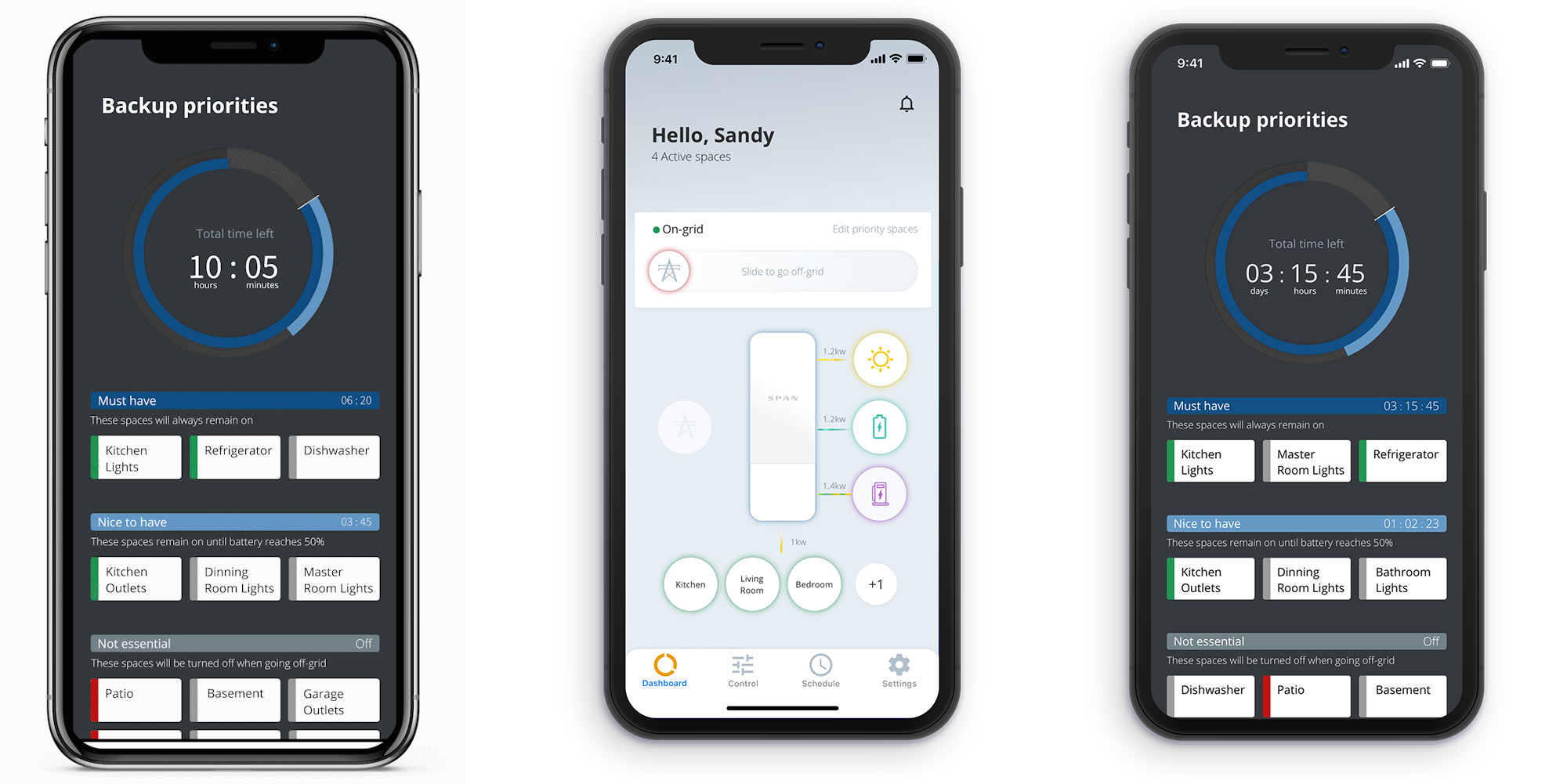 Rao spoke with us about many other existing or potential functions, including:

Rao and his backers have been working on Span for 18 months. At this point, he’s not announcing pricing because the Span system will be bundled with installation from local solar/EVSE installers and electricians.

If you’re interested, the next step is to sign up as an “early access” customer through Span’s website. The company’s trained and certified installation partners will then reach out with the price of a fully installed system.

We get approached every day with people claiming to have invented some breakthrough products for EV drivers. But it rarely is legitimately something new and necessary, and we recognized this late last year.

That said, others (such as Sense) have tried to re-make the electric panel. A couple of years after Sense made a splash, not much has changed. Maybe it’s more a matter of execution than the idea itself. Or maybe dumb old systems are reliable and cheap.

So it’s too early to know if Rao has delivered something truly new and useful. But the idea is spot on.