Tesla Powerwall appears to be back-ordered in several markets as home energy storage incentives, especially in California, have made the home battery pack super popular.

With the introduction of Powerwall 2 in 2016, Tesla took the home energy storage business by storm with a leading cost per kWh of energy capacity.

The automaker received tens of thousands of reservations for the device, but the production ramp-up over the last few years has been slow since Tesla focused its efforts and battery supply on Model 3 production.

However, Tesla has accelerated its energy storage production and deployment over the last year — deploying 1.6GWh of energy storage capacity in 2019.

During that time, Powerwalls were more easily available with Tesla installing one or more units on virtually all its solar installations and participating in large-scale projects, like a virtual power plant in Australia and with an electric utility in Vermont.

Things have changed in recent months.

Electrek has been receiving reports from Tesla solar buyers being quoted months of wait times to get a Powerwall with their solar installations.

The long wait time is partially attributed to an increase in demand due to the California Self-Generation Incentive Program (SGIP), which gave rebates of up $5,800 per Powerwall.

The program is organized in tranches, and the first two are completely subscribed. Tesla has already exhausted the rebate for upcoming installations, but other certified Powerwall installers still have access to up to $4,060 per Powerwall.

Since many households are better off with more than one Powerwall, some installers have been advertising the offer as “buy two Tesla Powerwalls and get one free.” 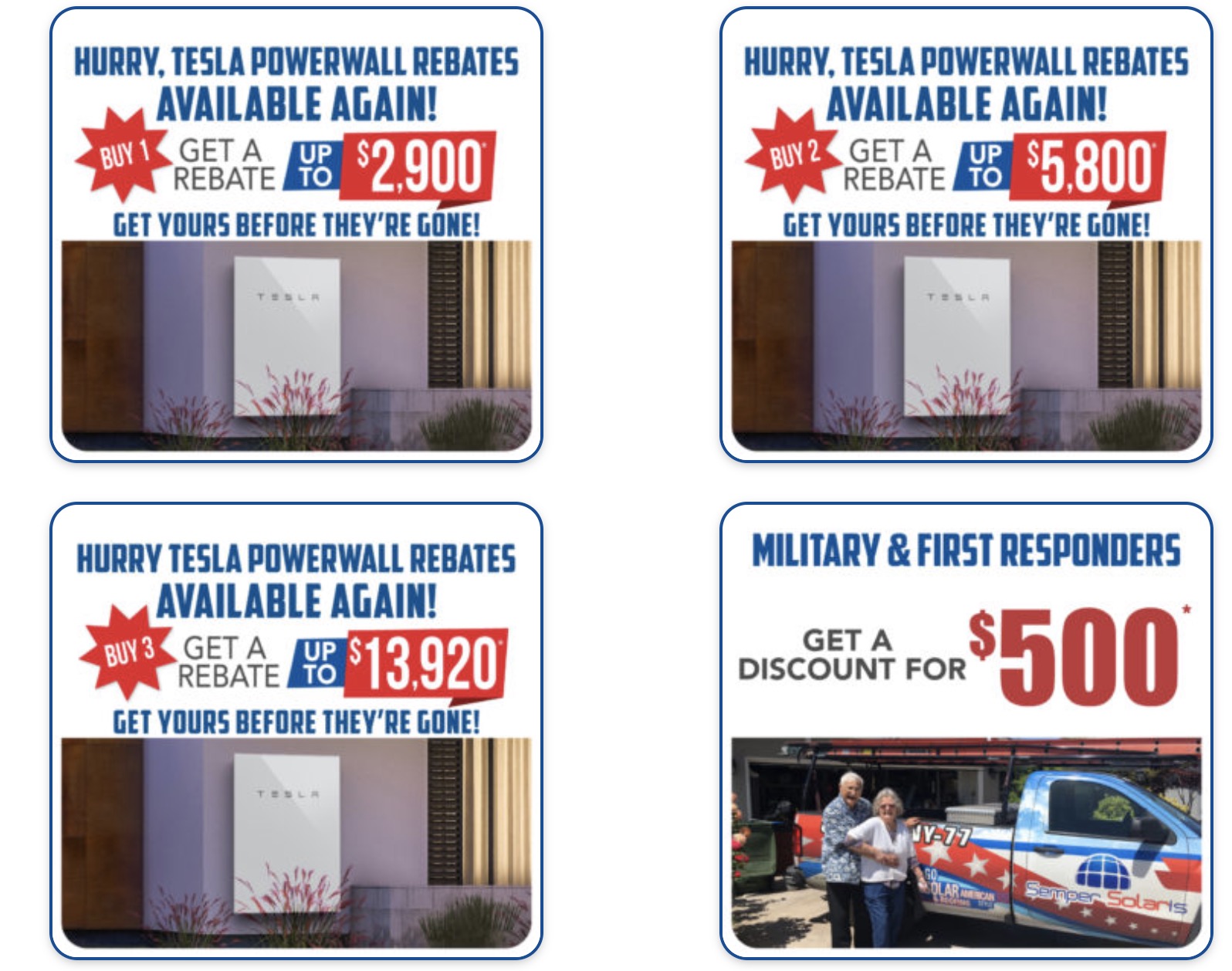 The program has helped increase the demand for Powerwalls and other home energy storage devices, leading to the shortage.

Tesla has also been installing Powerwalls with Solar Roof Tile installations — also increasing the demand as solar roof tile production and installations are ramping up.

Powerwall buyers also have access to the Federal Investment Tax Credit (ITC) when the device is combined with a home solar power system.

According to sources familiar with the matter, it could be months before the supply match the demand again.

Tesla Solar might be a great solution for your home or business and you can use our code (frederic5610) for a $250 award. However, we suggest getting quotes from more than one installer to make sure you get the best energy solution for your place. UnderstandSolar is a great free service to link you to top-rated solar installers in your region for personalized solar estimates for free.