Polestar will deliver its EV about 100 miles from stores, including from NYC location

Polestar will have a retail location in New York City, where it will sell its $60,000, 78kWh Polestar 2 EV. Any day, the company is expected to announce the location of approximately 15 North American “Polestar spaces.” Electrek learned that in addition to NYC, Los Angeles will be on the list, as well as two spots in the San Francisco Bay Area and three locations in Canada. Free deliveries will begin in September within around 100 miles from Polestar locations.

We learned about these details after a Denver-based, Polestar 2 reservation holder received a poorly worded email from Polestar and confusing information from customer service. The email read:

In the coming weeks, we’ll reach out with instructions on how to finalize your Polestar 2 order and secure your prioritized production slot.

When confirming your order, you will need to select the Polestar Space nearest you and confirm your preferred payment method. There will be Polestar Spaces in Los Angeles, New York City, and the Bay Area this year, with more locations coming in 2021.

No other locations were mentioned, which left the Denver buyer uncertain about where the delivery would take place other than needing to drive to LA. He told Electrek:

I just got an email from Polestar letting me know that you can now only take delivery in LA or NYC. After sitting on my pre-order for many months, it’s very frustrating to just find this out today. After speaking on the phone with Polestar, the service rep mentioned that he just found out today too.

The buyer was later told by customer service on the phone that it’s up to “individual dealers who are independently owned to make those decisions to deliver a car to another state.”

I just spoke with Polestar support, who told me that they will deliver the car to your address, and the ‘destination’ fee includes delivery. You still need to select a Polestar space to act as your point of contact, but you don’t need to physically take delivery there. Essentially it’s just a badly worded email.

To clear up these exchanges, Electrek reached out to Polestar. A company spokesperson told us that it will soon announce where “dispersed spaces are going to open in 2020.” The company also confirmed a radius of at least 100 miles, maybe more, for a delivery and service area for each location. 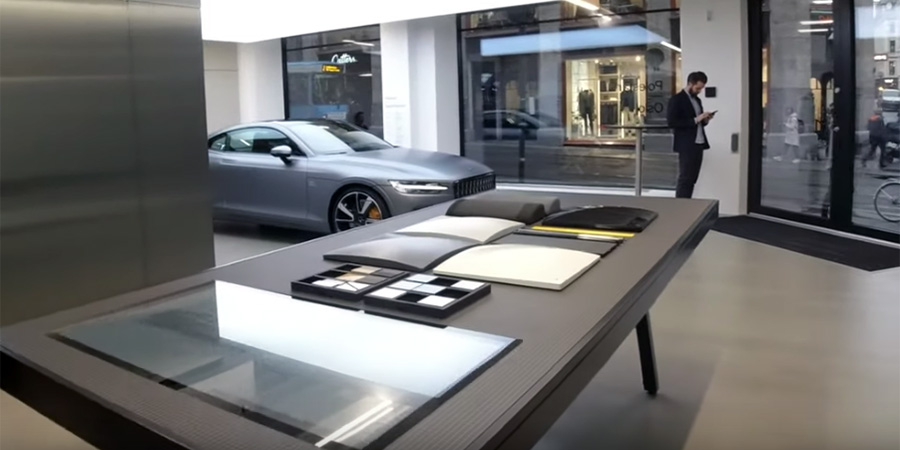 So draw a circle of approximately 100 to 150 miles around New York City (as far south as Philadelphia, for example) to see where Polestar will make free deliveries, as well as free service pickups and returns. Do the same thing for two Bay Area locations, Los Angeles, Vancouver, Toronto, and Montreal. Those are all likely to be ready for this year’s rollout of the Polestar 2.

For more locations and timing for late 2020 and into 2021, we need to wait for further details. Seattle and San Diego are likely locations. Beyond that, Polestar previously said the Polestar 2 will be available in all 50 states. (It’s hard to imagine how about 15 locations will serve every state, but perhaps that’s a long-term goal.)

Hopefully, the Polestar will open a location within 100 miles of Denver to serve the disgruntled buyer who changed his mind and continues to hold on to a pre-order for his Polestar 2.

The all-electric Polestar 2 sedan provides 408 horsepower and 487 pound-feet torque in an all-wheel-drive configuration. Its 78kWh battery pack is expected to offer an estimated (albeit optimistic) 275 miles of range. Its clean lines and power-sedan feel make the Polestar 2 an exception to the upcoming wave of electric crossovers, SUVs, and pickup trucks.