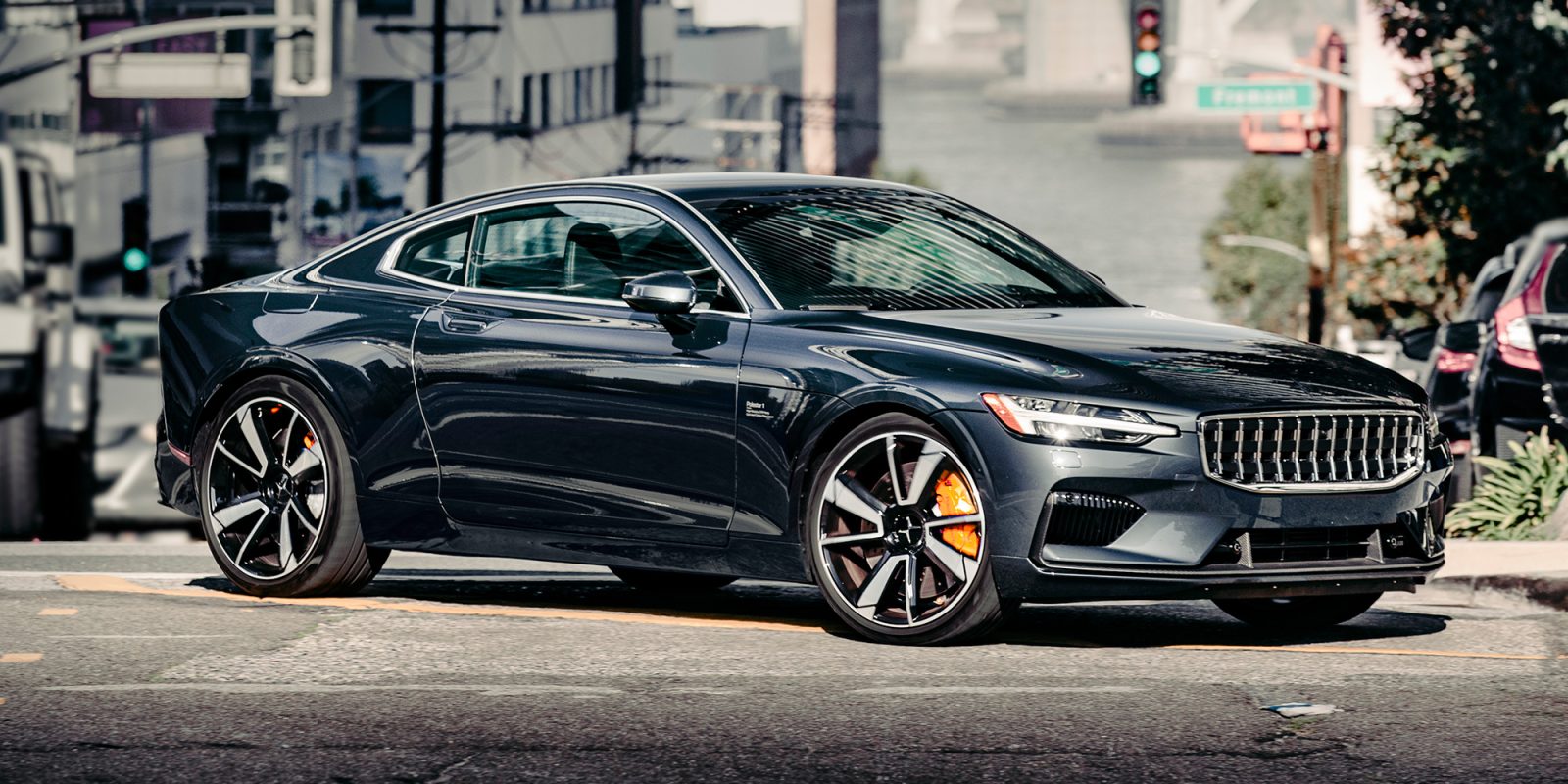 The Polestar electric performance brand is led by a chief executive who rose through industry ranks as a car designer. That’s an unusual path to the CEO’s chair. Thomas Ingenlath had lead design roles at Audi, Volkswagen, and Skoda before becoming head of design at Volvo in 2012 — and then chief executive of Polestar in 2017.

We’re building the company with a product portfolio that has flair, doing something that’s radically against the tradition. We were so fed up with what was done for the last decades again and again. It’s about building a brand that holistically embraces beauty, technology, and modern things.

We were among the first group to drive the Polestar 1 supercar last week. So I took the opportunity to walk around both the Polestar 1 and Polestar 2 with the energetic Ingenlath — and pick his brain about what modern design means for electric cars.

It would be crazy to think there will be a sharp split between an electric-car design and a non-electric-car design. Definitely, electrification plays a role in how you make the car look more aerodynamic, sleek, and integrated. But those things affect the whole. By having an avant-garde design, it becomes more electric. 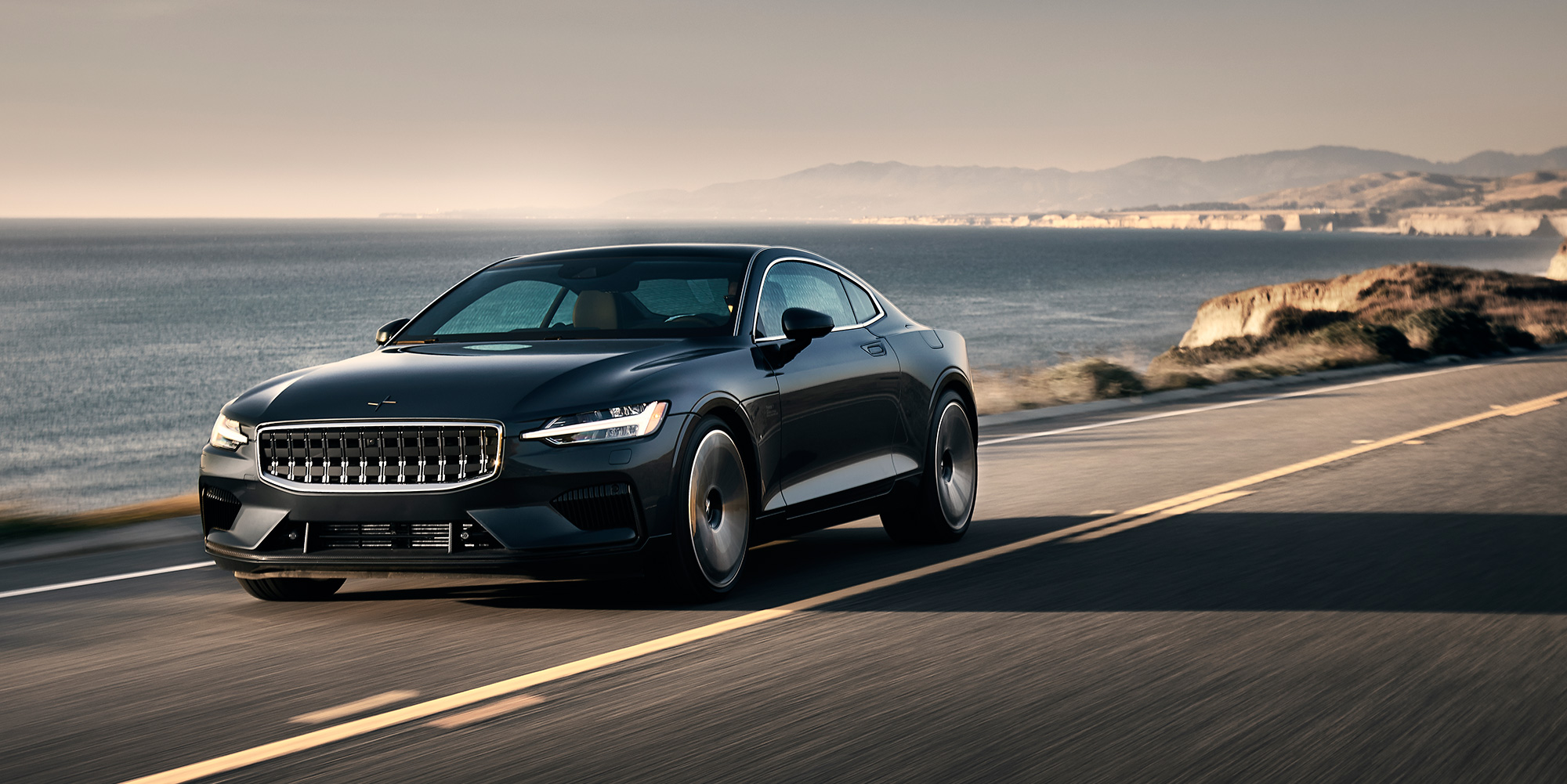 In other words, Polestar vehicles avoid the obviously aero look of green or geeky cars — like the BMW i3 or models with sweeping curved rooflines like the Tesla Model X. Instead, it’s about the redefinition of classic automotive style. Ingenlath was instrumental in the original concept of the Polestar 1 dating back to 2013. It’s an homage to the Volvo P1800.

The P1800 was that one car that came to Sweden as a link to American culture. It builds the hip over the rear wheel and then connects it to the front, starting around the door handle. That links it to the muscle cars in America.

You might think of Polestar cars as the first muscle electrics. At the same time, the Polestar 1 doesn’t hide its electric-ness. The technology is literally shown off by using a transparent wall between the trunk and the second of two battery packs positioned over the rear axle. Ingenlath came up with the idea late in the design process. 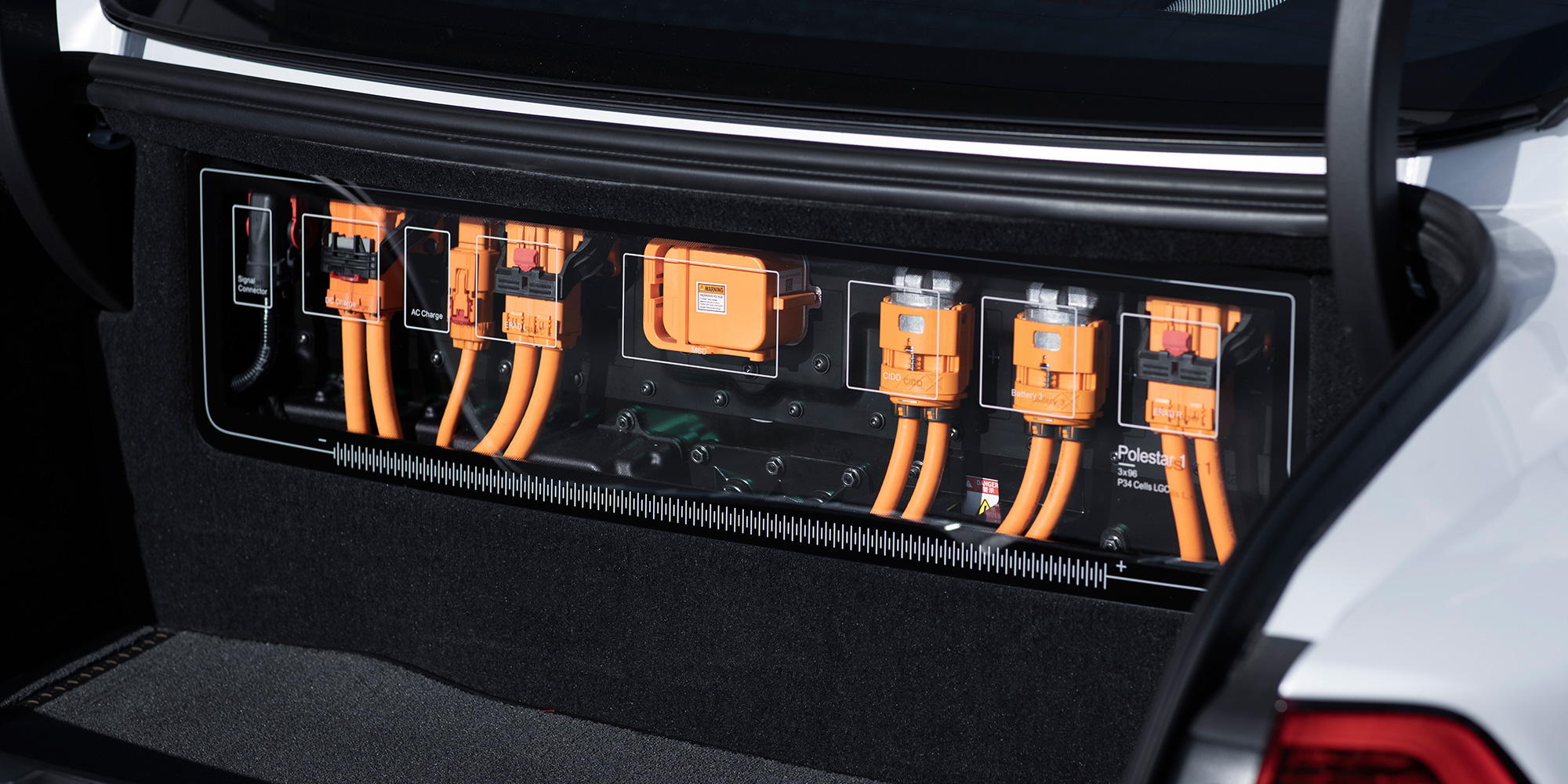 That Friday afternoon at the Design Center, we were using virtual reality, and you could actually see that battery pack. I said, look guys, these cables are amazing. Why don’t we display it and put that window there? The engineers and projects guys thought I was nuts, but finally, they understood that it’s a sensation to actually see the technology.

In my chat with Ingenlath, he pointed to the front grille, which in an EV is no longer needed to cool an engine. The Polestar 1 instead uses a grid-like structure that he described as “sensoric.” That’s where an arsenal of sensors can be discretely positione — suggesting a significant role for automated features in future Polestar models. 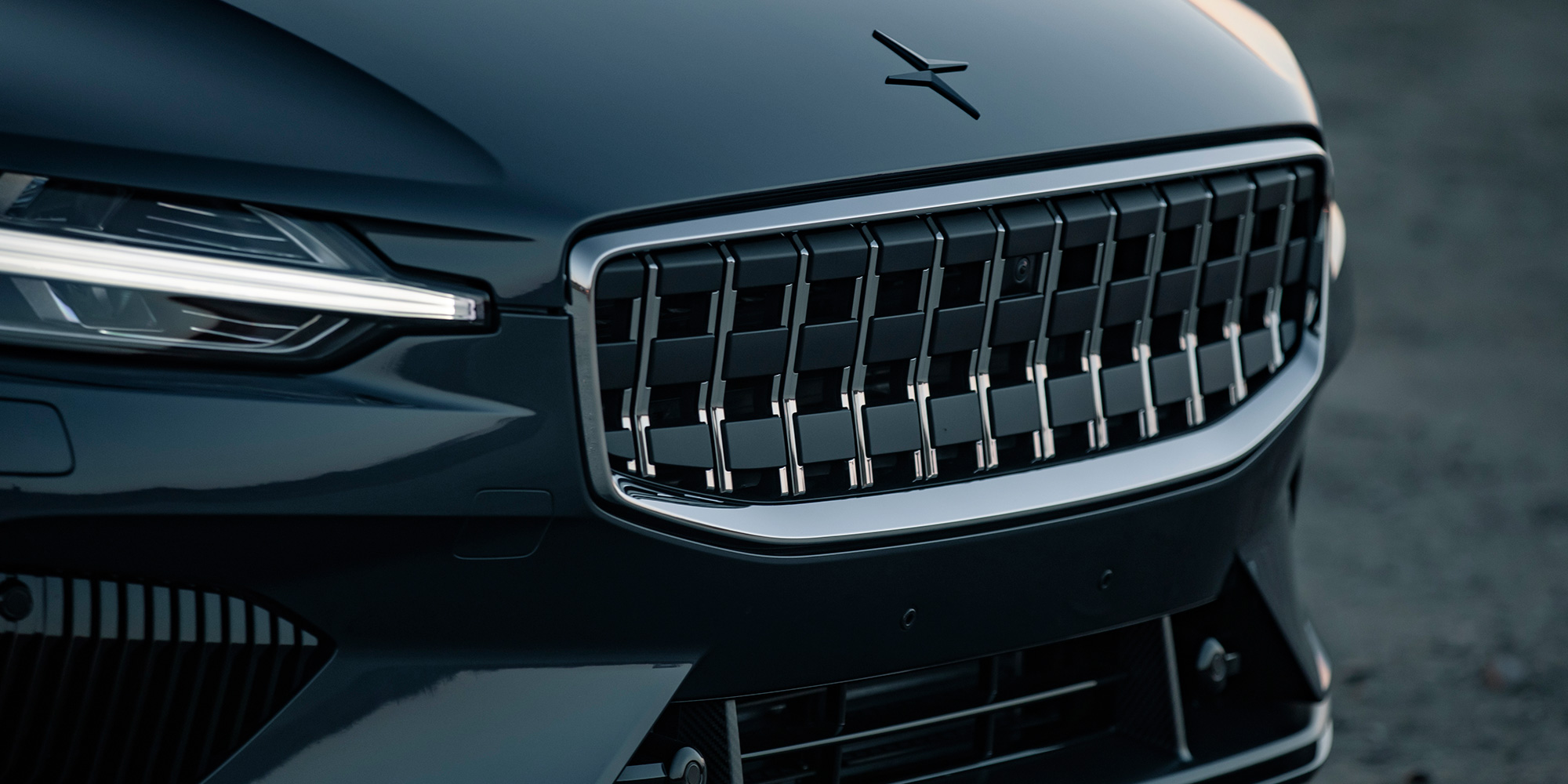 Ingenlath acknowledged that Polestar cars would share platforms with Volvo vehicles rather than building electric-specific layouts. “The skateboard platform is almost an old-fashioned thought for electric cars,” he said. “You have to be more sophisticated.” 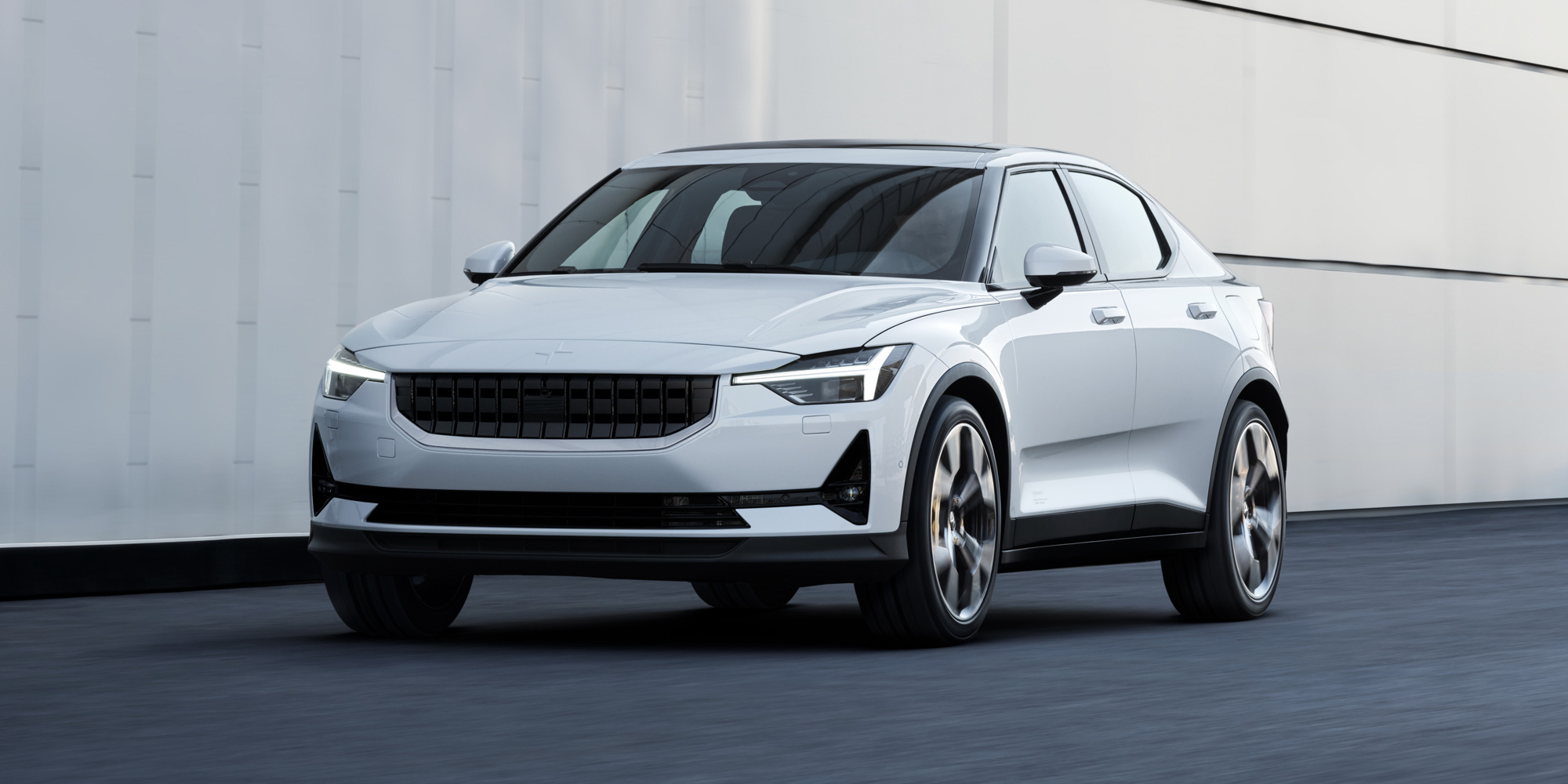 He suggested that an OEM’s core platforms — like the Volvo CMA architecture used for the Polestar 2 and the XC40 Recharge —that should be adapted to the needs of the EV. The same kind of reinvention will happen on the Volvo SPA platform for the Polestar 3, an upcoming electric SUV. Meanwhile, the Polestar 2 was lifted two centimeters to put the battery pack under the floor. Battery systems were also packaged in the central tunnel. 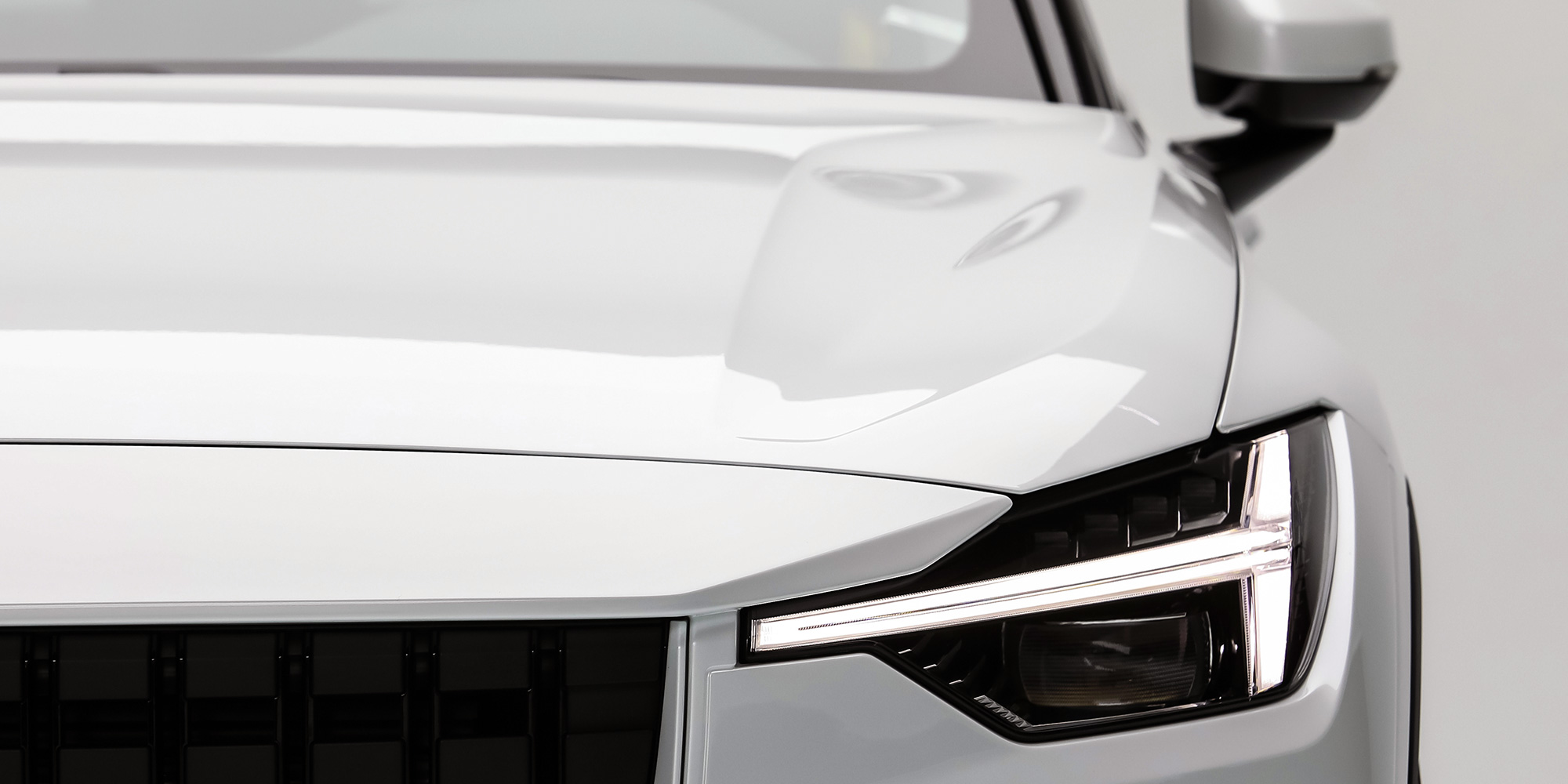 Whereas the Polestar 1 uses curving lines, the 250-mile Polestar 2 is tight and rectangular. At the same time, both cars avoid chrome and replace it with ultra-modern Scandinavian graphical statements. The starkness of the geometry is accentuated by rimless mirrors and the blackened endpoint of the Polestar 2’s doors. Spoon scoops on the hood provide a touch of roundness. 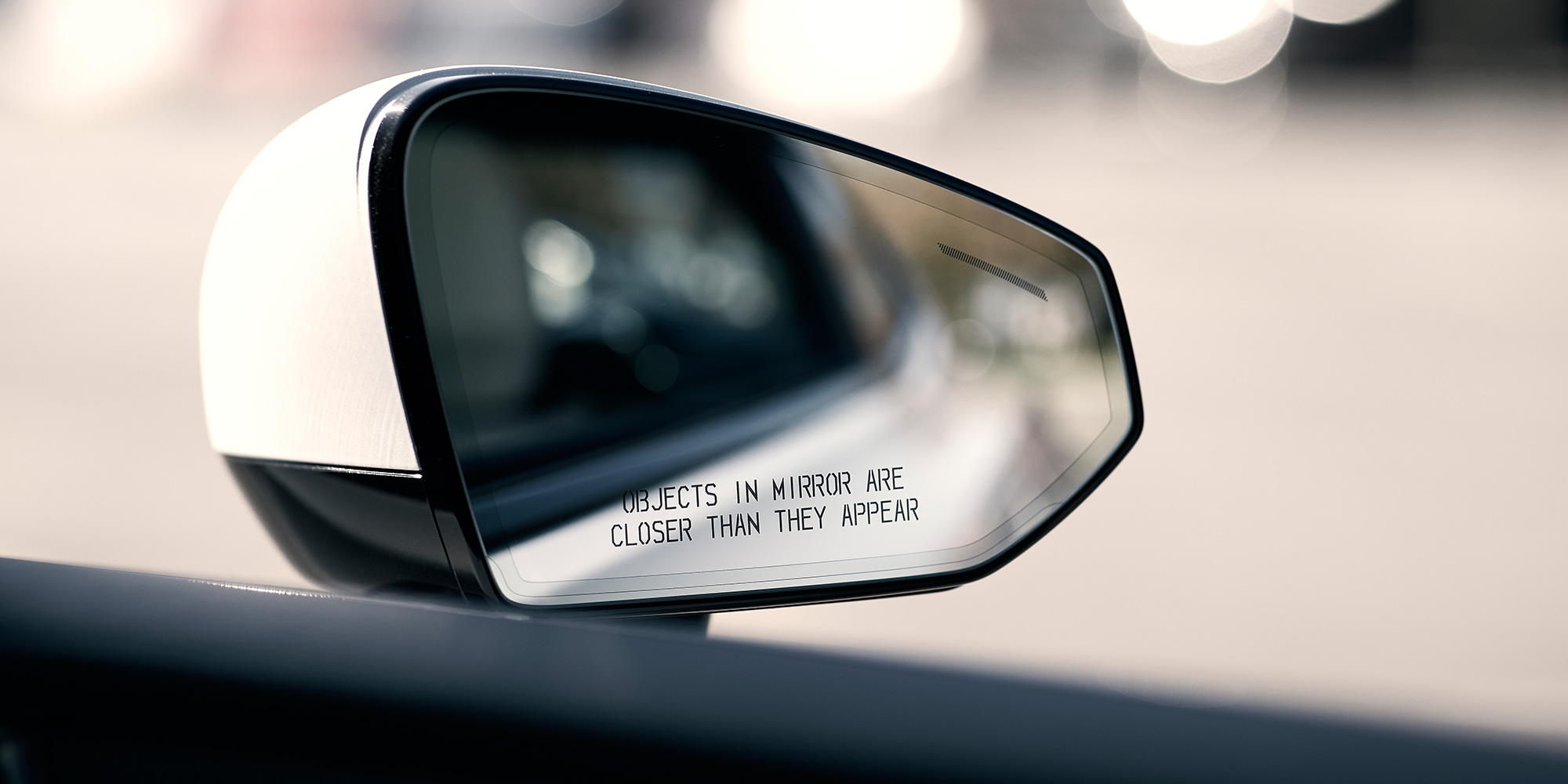 The total effect is a design sharply contrasted with Tesla offerings. Ingenlath sees the Polestar 2, which goes into production in February, as competitive with the Tesla Model 3 regarding power and range. “Of course, our brands are different,” he said. “But it’s not fighting Tesla. It’s about doing a job together of getting the world into electric cars.” Ingenlath distinguished Polestar vehicles as emphasizing superior handling compared to Tesla’s focus on straight-ahead acceleration.

We are gambling together with Tesla on getting as many people as possible from BMW 3 Series, Mercedes C Class, and Audi A3 into electrified cars. And you can do that only if you have a fascinating product.

Polestar will infuse new design ideas into the EV market. Bring it on! How many electric look-alike luxury SUVs do we need?

Notwithstanding the gas engine, the Polestar 1’s remake of the P1800 is spot-on for the EV era. And frankly with the Chevy Volt’s early departure there hasn’t been any really good long range PHEVs to speak of. Now there is.

Best of all, the brand is not wasting any time.