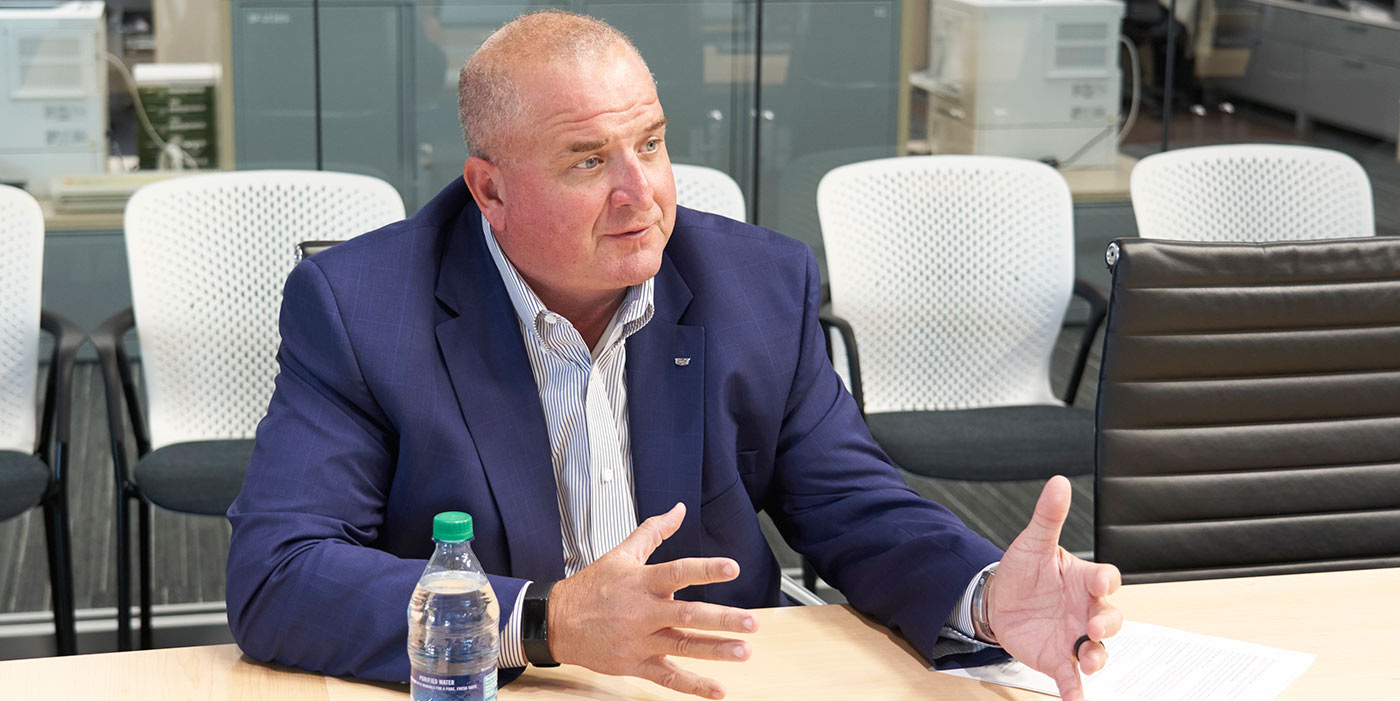 In November, Ken Morris, who has been with GM for 31 years, was named vice-president for electric and autonomous vehicles. It’s hard to imagine how he could be more gung-ho on EVs. In interviews over the past few months, he repeatedly states that GM (and the world) will soon hit an inflection point for electric propulsion. He told Automobile magazine last week that GM will be all-electric “sooner than people would think.”

That statement echoes what he said to Cheddar in February.

Projections out to 2030 say that we’re only going to have 15% electric vehicles on the road by 2030. I believe and we believe the number will be much higher once people start to experience electric vehicles.

Does that mean Morris believes we have a full decade to wait? Not at all. He told Automobile that at an inflection point could hit as soon as the mid-2020s.

My hope and gut feel is that there’s going to be an inflection point in the mid-2020s where suddenly people are going to be buying these at a faster rate than anybody expects, just because the driving experience on these vehicles is fantastic.

And when you get used to charging your vehicle like a phone at night, when you charge it, and you don’t worry about it, you never have to stop at a gas station. There’s a lot to be said for that kind of lifestyle.

Did Morris adopt these statements as talking points after taking his position as GM’s EV chief? Let’s rewind to August 2019 when he was serving as VP of global product integrity. He told SAE:

I would say GM’s speed of that transition in terms of volumes is probably less huge than you would expect. IHS data says 90% still ICE 10 years from now. But you never know what’s going to happen when really good electric vehicles come out in volume, and the infrastructure starts coming around.

Will the collapse of oil prices kill GM’s EV program? Not if you can continue to lower the so-called price premium of an EV, according to Morris.

Today we’re getting much closer, the research does tell us that for now a customer will pay a select premium for an EV vehicle, but they’re not going to pay a big premium. And so, our job is to get those things as close together as we can.

Morris wants GM to offer EV at a “broad band of price entry point.” He said that range of prices will come, and be profitable, “very quickly between now and 2025.”

If it’s not low gas prices, then will the pandemic push GM’s EV program further into the future? After all, this week, the company postponed the unveiling of the GMC Hummer EV. Once again, Morris says the GM shift to EVs will not be slowed down.

My guess is when we’re able to come back to work, and we’re able to get our hands on hardware and clay models and all those things, we may have to work harder, maybe put more resources on these programs to keep them on time. But there’s no slowdown, none.

It’s easier to make claims about a bright EV future than it is to deliver on big promises. Volkswagen infamously said in 2013 that it would be the world leader in EVs by 2018 and then in 2018 said it would have electric vehicles as good as Tesla’s at half the price by 2020.

But a shift to electric vehicles is not possible at all without a fervent belief in the technology. Morris believes. With each statement about an “all-electric” future, GM raises the stakes.

We’re still more than a year away from production of the GMC Hummer EV pickup, scheduled to begin in late 2021. By that time, the 2022 Bolt EUV will launch. The Cadillac Lyriq luxury SUV launches in 2022. Other GM EVs scheduled for production are the GMC Hummer EV SUT, two Buick SUVs, and a hand-built flagship Cadillac sedan dubbed Celistiq.