Elon Musk says that Tesla “probably can” give an update on the new Roadster and Tesla Semi electric truck later this year.

Tesla unveiled both vehicles at the same time in 2017.

It was supposed to be the unveiling of the electric semi truck, which we already knew about at this point and even seen a picture of the prototype, but Tesla managed to build a next-generation Roadster without ever leaking any information about it.

At the end of the Tesla Semi unveiling, Franz von Holzhausen, Tesla chief designer, drove the Roadster out of the semi’s trailer to a roaring crowd.

I was in the hangar in Hawthorne when it happened, and I still remember the shocked faces of everyone around me and that shock remained on their faces all the way through Musk listing all the specs for the new electric supercar:

I remember sitting down in a corner of the room to write my article about it and thinking to myself, “Did that just happen?” 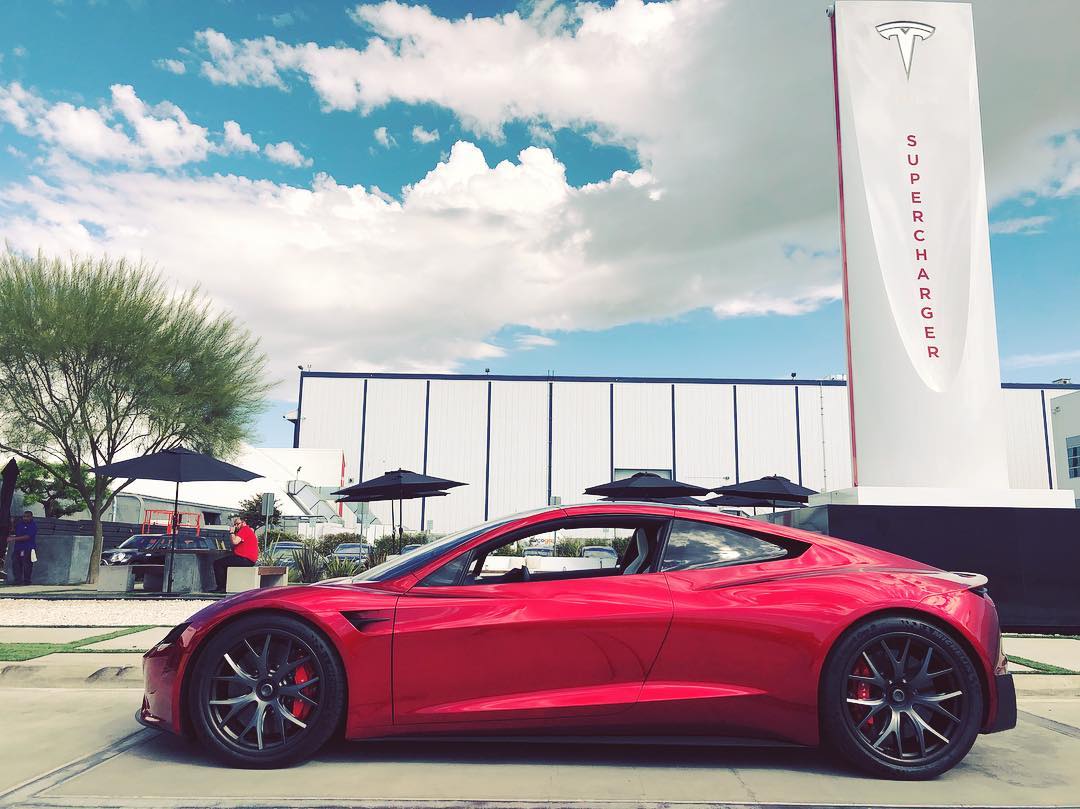 The Tesla Semi was just as impressive, with up to 500 miles of range with a full load and beating diesel-powered trucks in many aspects, especially the cost of operation, which Tesla claims should be around $1.26 per mile.

At the unveiling event, the automaker said that the Tesla Semi would be coming in 2019, but the vehicle has since been pushed to “low-volume production in late 2020.”

As for the new Tesla Roadster, Musk said that it was coming in 2020.

While Tesla never officially delayed the Roadster, Musk did say last year that it wasn’t a priority, hinting at the production likely being pushed beyond 2020.

Now Musk says that Tesla will likely issue an update on both vehicle programs, Tesla Roadster, and Tesla Semi, by the end of the year:

Sure, we can probably do an update later this year

The CEO didn’t elaborate further on any plan for either vehicle.

Last we heard anything, Tesla was planning to build the electric semi truck out of Gigafactory Nevada, and it secured a lease on a large building near the plant to help with production.

Elon has been promising some improvements with the production version versus the prototype unveiled more than two years ago.

At the event, we expect Tesla to announce a longer range, some updated specs, and elaborate on its production plans.

As for the Tesla Roadster, we haven’t heard much, but like the Tesla Semi, the automaker has been promising a lot of improvements versus the prototype, which was already achieving record-breaking performance.

The most anticipated update is likely what Elon has been referring to as the “SpaceX package,” which consists of a bunch of cold air thrusters around the car to improve performance.

Elon did promise me (not really) a hover test of the Roadster with the SpaceX package by the end of 2020:

Maybe end of next year

Maybe that will be part of the update on the Tesla Semi and Roadster later this year. What else would you like Tesla to discuss about those two vehicle programs during the update? Let us know in the comment section below.