Electrek has learned that Tesla is now operating a giant new building next to Gigafactory Nevada and we might know what the automaker is going to use it for.

It is one of the biggest buildings on the planet and yet, Tesla says that it’s only about 30% completed.

We believed that Tesla would continue construction on new sections of the building, but they haven’t added a section in years at this point.

However, we now learn that Tesla has started operating out of another giant building (pictured above) that has been completed recently right next to Gigafactory Nevada.

The new building, which was built over the last few months of 2019, is visible at 1:21 in this most recent drone flyover of the Gigafactory Nevada site:

A source told Electrek that Tesla has been operating out of the new building, which appears to offer more than 500,000 square feet of space. It’s something that hasn’t been public until now.

We were able to confirm that Tesla is indeed operating out of the location after finding a bill of lading addressed to the automaker at the location: 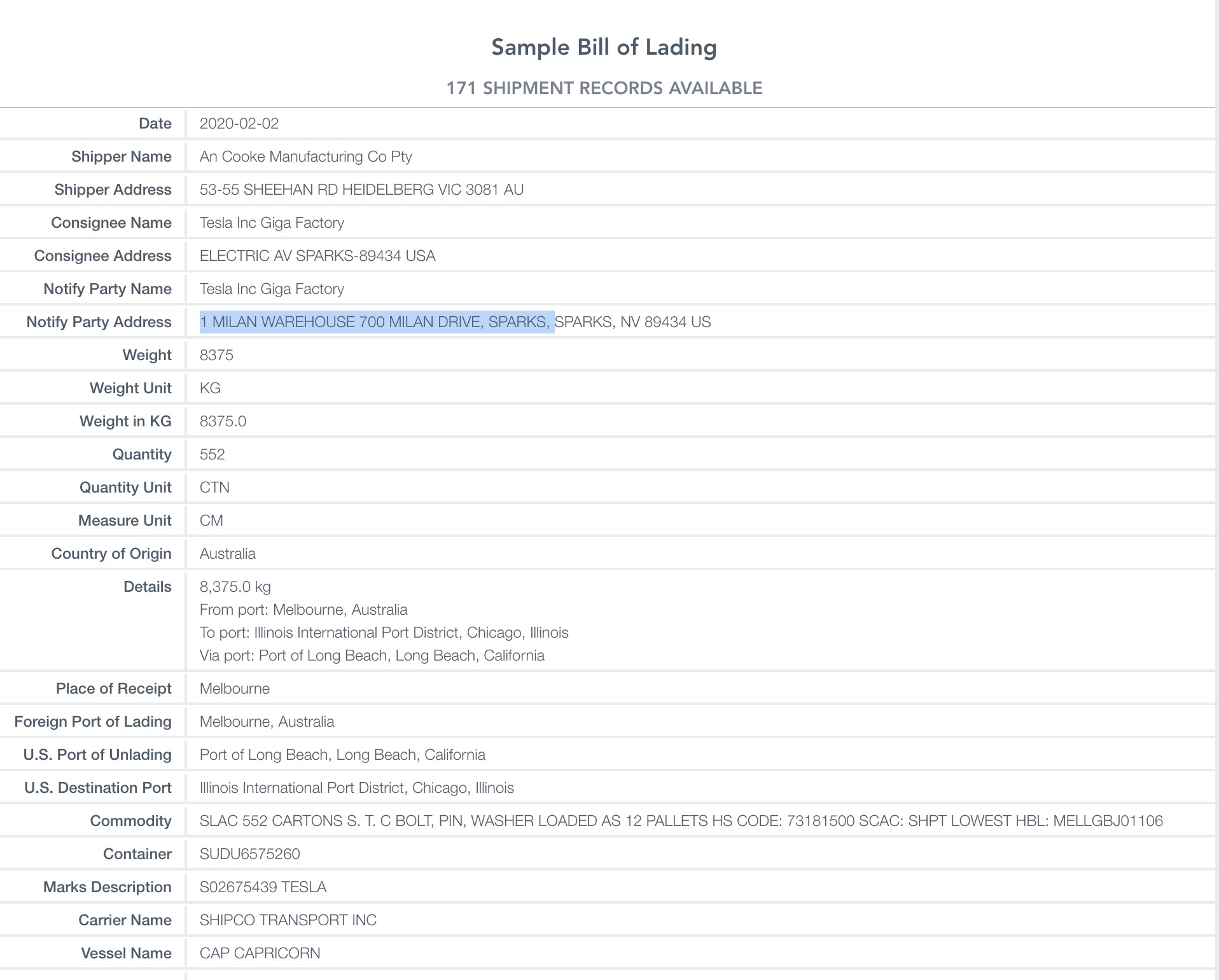 The same source told us that Tesla is planning to use the new building for the production of the Tesla Semi, its all-electric semi truck.

However, we weren’t able to independently confirm that information.

When unveiling Tesla Semi in 2017, Tesla started guiding the start of production in 2019, but it delayed the production of the electric truck to 2020.

Later, Tesla added that it is planning Tesla Semi electric truck production to start “with limited volumes” in 2020.

While this seems likely since the source was right about Tesla operating out of the new building next to Gigafactory Nevada, we weren’t able to confirm that it was about Tesla Semi production so I would still classify this as a rumor for now.

It would make sense though for Tesla to produce the vehicle at or around Gigafactory Nevada.

It’s the automaker’s biggest location and where they already produce battery packs and drive units that will be used in the new vehicle.

However, I don’t understand why Tesla is not expanding the existing building, which is apparently only 30% completed, and instead, they are leasing or buying a new building next to the factory.

If you have any information about Gigafactory Nevada or Tesla’s plans for the Tesla Semi, feel free to reach out to me at fred@electrek.co or via social media: Twitter, Instagram, etc.

Who will win? Gas dirt bike vs. e-dirt bike challenge