As we reported earlier this week, Tesla updated the Model S Performance 0-60 mph acceleration to 2.3 seconds on its website.

The change came after Tesla updated its Launch Mode, which enables Tesla performance vehicles to launch at full power, for its latest Model S and Model X Raven vehicles.

It is now equipped with a new Cheetah stance using the new adaptive air suspension and it is supposed to improve traction.

Now Tesla is announcing the changes in an email to Model S and Model X Performance owners and the company also claims a “3x improvement in thermal endurance”:

“You asked for it. With our latest over-the-air software update to Model S Performance, we improved 0-60 acceleration to 2.3 seconds and quarter-mile time to 10.4 seconds. Go for more back-to-back runs with improved thermal endurance, and activate Launch Mode with a press of the pedals. Launch Mode’s new Cheetah Stance lowers the front axle and adjusts damping before entry for better traction and faster acceleration off the line. You’ll automatically receive this update based on your location and vehicle configuration—you can’t request the update. Connect to Wi-Fi or a mobile hotspot to download and install quicker.” 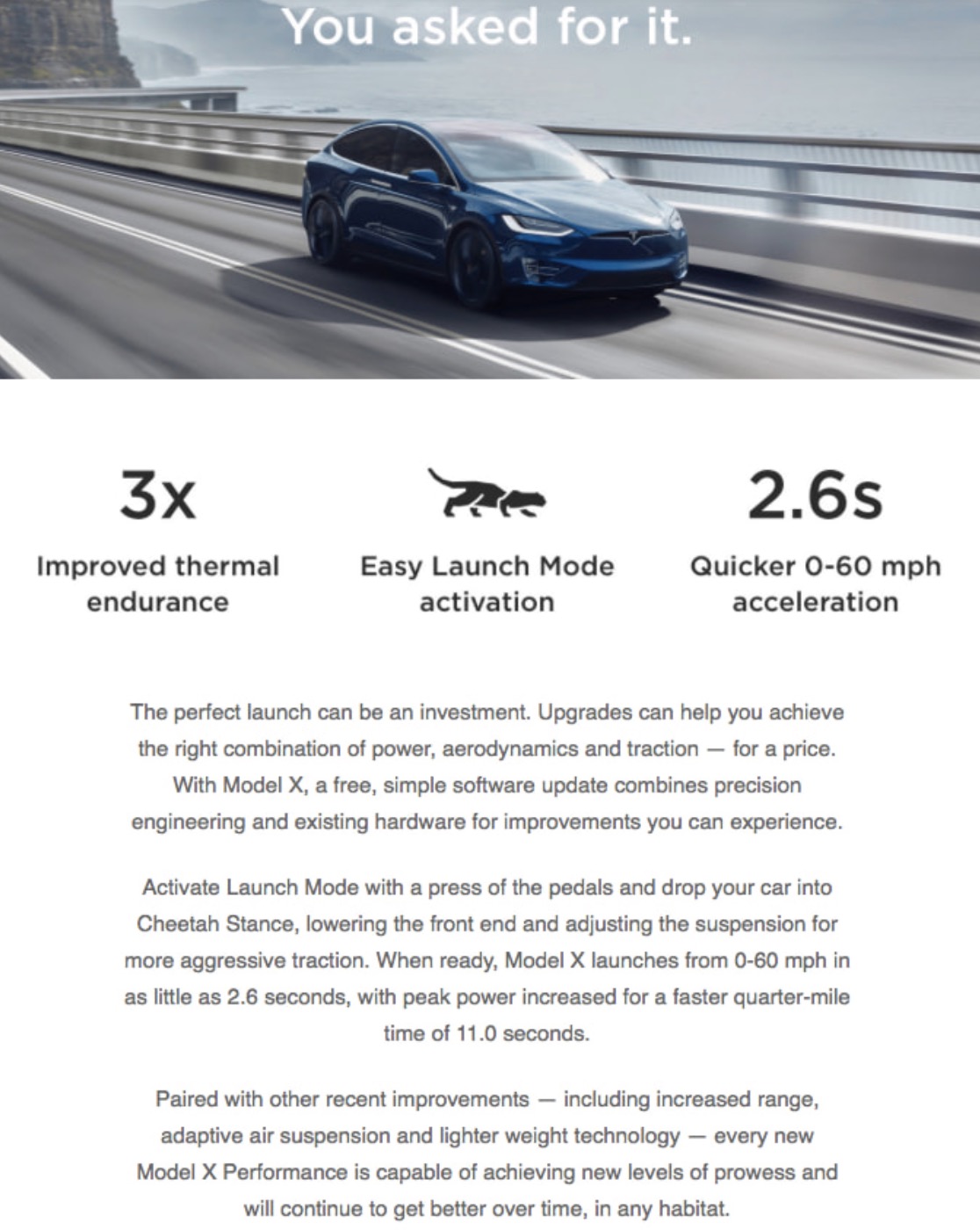 The automaker doesn’t go into detail about how it achieves a 3x improvement in thermal endurance.

A real-world test of Tesla’s Cheetah Stance update showed a peak power increase from 580kW to 614kW, which is the equivalent of about 45 more horsepower, and the power output appeared to be more repeatable.

With this new update, Tesla’s Model S Performance now matches the official 0-60 mph time of the Dodge Challenger SRT Demon and the Model X Performance, an SUV, is now faster than many top performance gasoline-powered supercars.