E-bike on the cheap? We review a $420 electric bicycle from Amazon

How good can one of the cheapest electric bicycles on Amazon be? That’s exactly the question I set out to answer when I bought a Spadger folding electric bike for the cool sum of $420 earlier this year. It may not have much in the way of extra features, but it sure does lower the barrier to entry for anyone looking to get their first e-bike on a budget.

Budget e-bikes have always been a bit controversial.

Whenever we cover expensive e-bikes (I’m talking in the $4k all the way up to $10k range), there’s always a handful of comments to the tune of, “Any e-bike that costs more than $500 is a rip-off.”

Now this is of course not true, and displays some serious ignorance about what goes into high-end e-bikes to create a vehicle worth thousands of dollars. But it also demonstrates that there are a large number of people who aren’t prepared to drop four figures on an e-bike, even if there are some great e-bikes that can be had for under $1,000.

So today we’re going to find out what goes into a truly bottom-of-the-barrel e-bike that can drop the price down to a ridiculous $420.

Check out my video review of this cheap little e-bike, then read on to get all the finer details of my experience below. 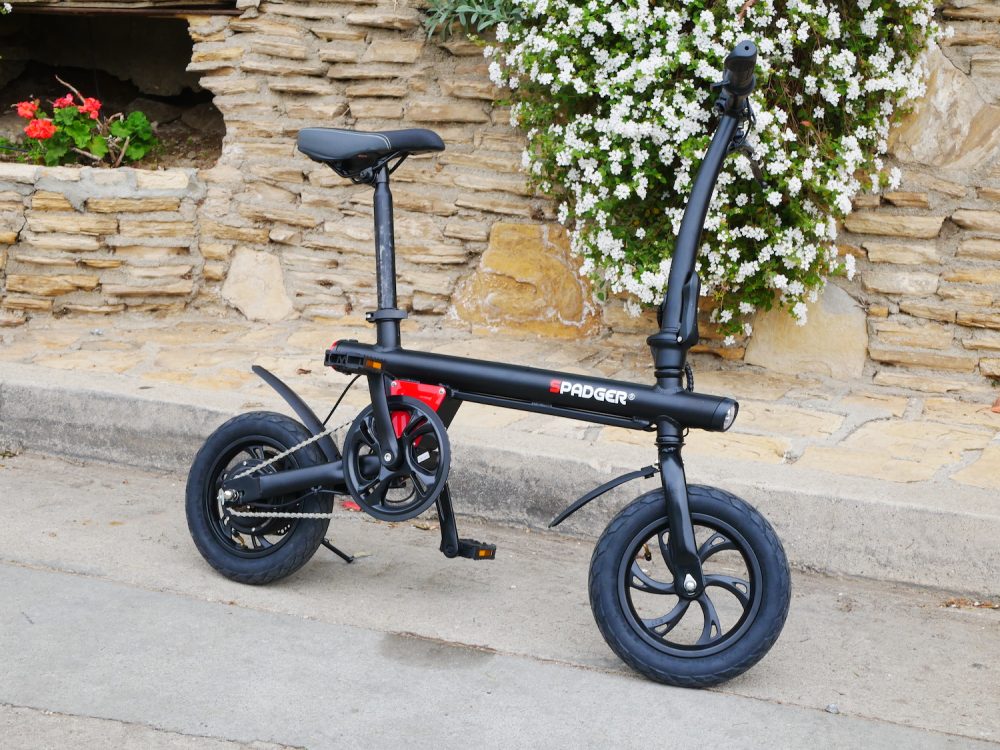 So here’s the thing: I had low expectations going into this review, and I actually came away pleasantly surprised by the Spadger e-bike. It’s not great, but it’s much better than I expected.

First of all, it’s a fully functional e-bike. And it’s not one of those scooter-style e-bikes without pedals. This is a legit bicycle that you can pedal if the battery runs out, though most people will use the thumb throttle and ride it like a seated scooter.

But it does have real pedals, a real chain, a rear disk brake, pneumatic tires, a front headlight, a bell and even cruise control. It’s a fully functional bicycle that can hit speeds of nearly 15 mph (25 km/h) on flat ground. It can go even faster downhill, as I terrifyingly discovered. And the rear disk brake actually works, which was super convenient toward the bottom of the hill.

Even though 250W isn’t much power, the bike’s tiny 12-inch wheels result in higher torque than most 250W motors deliver. On flat ground with my 70 kg (150 lb) weight, the bike worked just fine. On small hills, the bike again surprised me by climbing without any pedaling needed. Large hills were too much for the Spadger and it really struggled. However, a bit of pedaling helped alleviate some strain on the motor and helped me summit even larger hills.

The bike folds at the handlebars (but not in the middle like a traditional folding e-bike) and can easily fit in nearly any car trunk or sideways in the back of an SUV without needing to fold down seats or cutting into passenger space.

I put around a dozen miles or so on it before handing it off to Electrek‘s Fred Lambert to keep piling on the miles, and somehow the bike keeps going. It may look like a hunk of junk, but it performs like it’s got a heart of gold. Or copper and lithium. It’s the little e-bike that could. And it does. 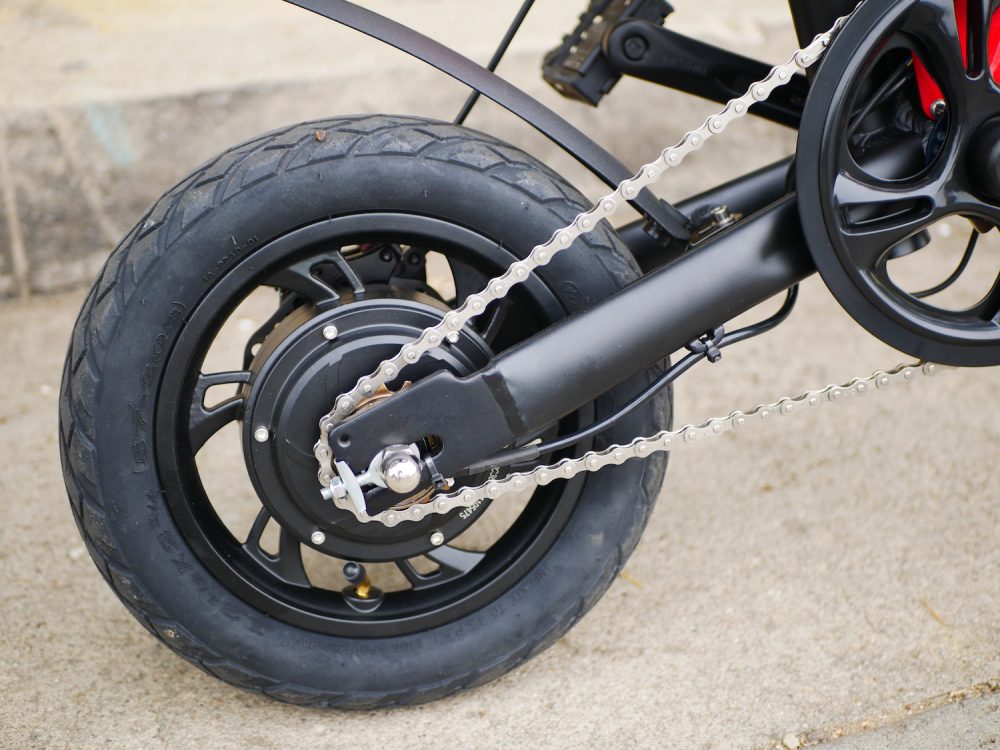 Now it’s time for the bad

Even though the Spadger surprised me with how well it works, things aren’t all rosy. As you’d expect, there are a number of compromises here.

First of all, the battery is tiny. At 144Wh, this is around a third the size of average e-bike batteries. Interestingly though, that doesn’t result in a third of the range. Because of the slow speed and low power of the bike, it’s more efficient than I expected. While most e-bikes get around 20 miles (32 km) of throttle-only range, the Spadger can begrudgingly make it to nearly 10 miles (15 km). It’s a slow 10 miles, though, and you’ll probably get bored before the battery gives out. Pedaling can help the battery go farther, but again, here’s another issue.

The single gear ratio and tiny wheels mean you can’t pedal the bike past around 8 mph (13 km/h). Any faster and your legs are spinning like an egg beater. That means you can’t really pedal assist at the bike’s top speed. Instead, you’ll have to slow down even further, which means excruciatingly slow speeds. Instead, I found pedaling to only be useful during uphill climbs, since the bike is going slower. And fortunately that’s the exact time that you’ll want to be pedaling anyways.

So there’s no way this thing is going to last for years and years of hard use. I’ve ridden e-bikes that you could throw down a few flights of stairs and then ride away as if nothing happened. This bike ain’t it. 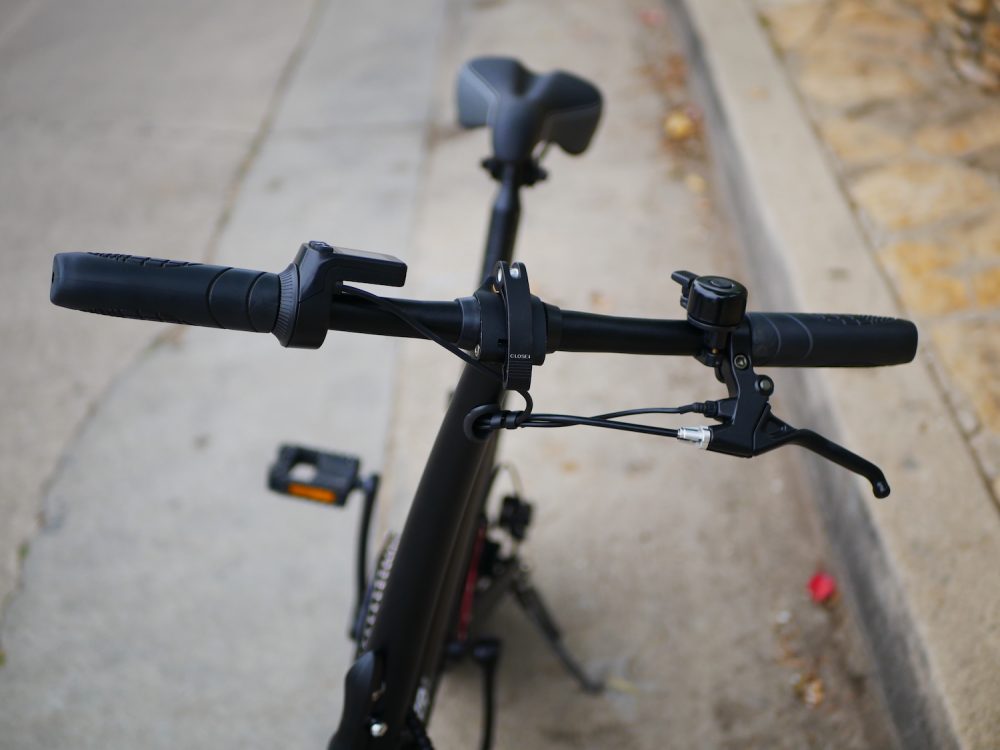 As I said, I’ve actually been pleasantly surprised by the Spadger, but only because of the low price. If this was a $700 e-bike then I wouldn’t look twice. But at just $420 with free shipping, there’s actually a case to be made here.

When it comes to everything I listed in “the bad” section above, nothing is a deal breaker for me, though many of these items will limit the use case.

For anyone who needs a long-range e-bike, look elsewhere. Need a higher power e-bike for hills? Keep on moving, pal. But if you live in the city and need a small e-bike for local trips or something to stick in the back of your car, this e-bike could fit the bill. 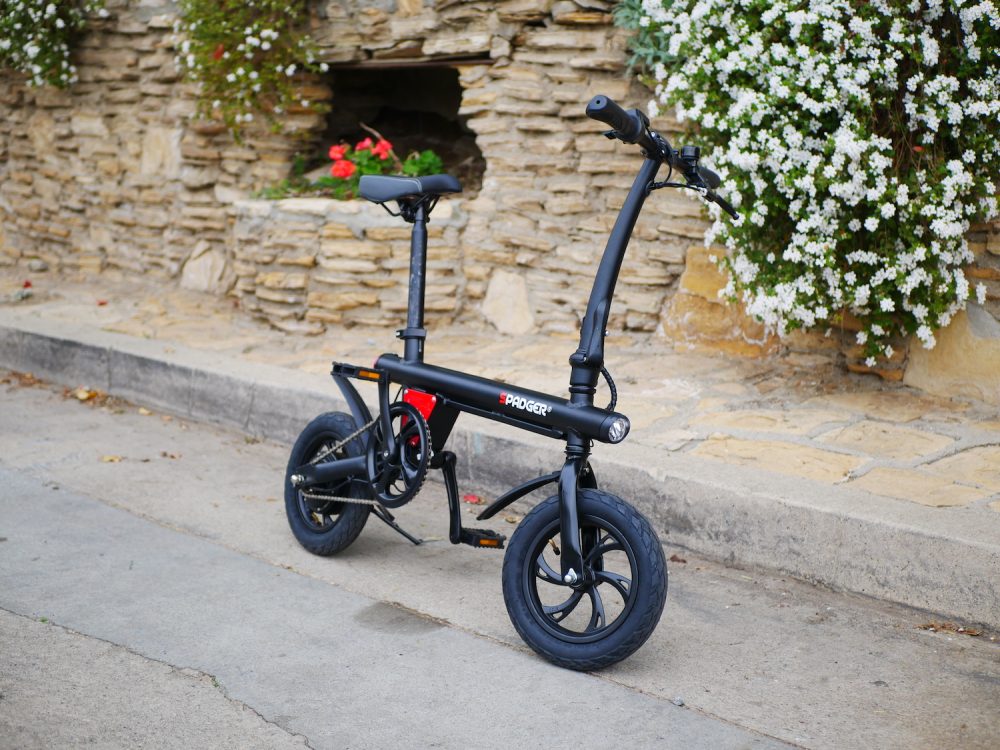 It’s a simple, no-frills e-bike that is easy on the wallet and might help some hesitant new riders get their feet wet with e-bikes. I understand that newcomers to the e-bike world might not want to drop $1,500 on a brand-new Rad Power Bike, and something like the Spadger can help someone get the feel of whether an e-bike is right for them. Then it can be gifted to a friend when someone is ready to upgrade to a “real” e-bike.

As a normal daily rider e-bike for most people, this probably isn’t the bike. But for a specific niche that won’t break the bank, there’s actually something interesting here.

If you want to grab your own, I bought mine on Amazon here.