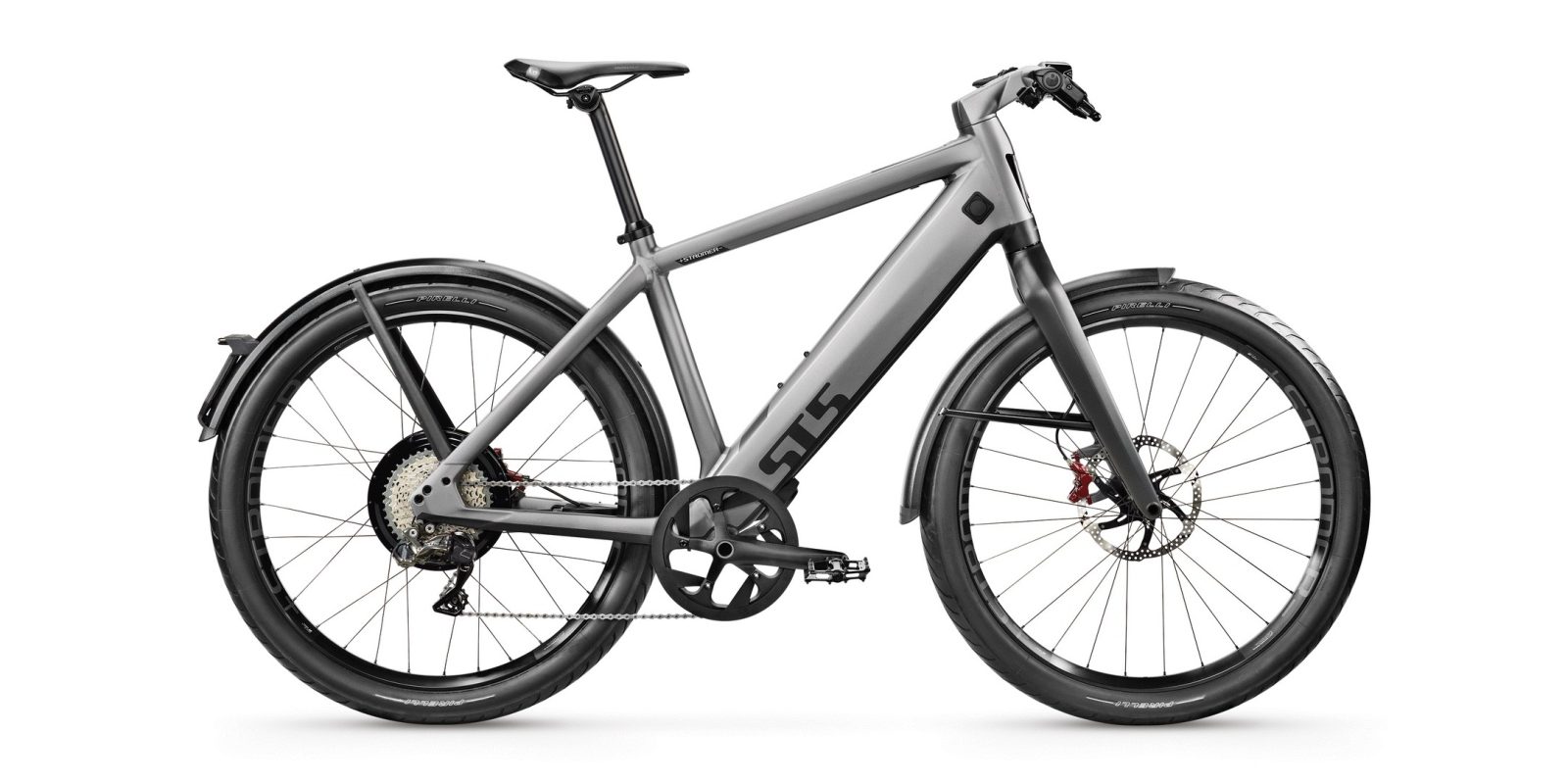 Words like “premium” and “quality” are thrown around a lot, but every now and again an electric bicycle comes along that is more deserving of these accolades than the rest. Today, that ebike is the Stromer ST5.

The Stromer ST5 is the product of extreme attention to detail and a refusal to cut corners. The result is an ebike with incredible performance combined with features and finish that would surely make even Elon Musk proud.

First, let’s get the important specs out of the way so we can talk about what really makes the ST5 special.

At $10,000, the Stromer ST5 is easily one of the most expensive production electric bicycles available today. And while the specs look good, we’ve reviewed ebikes with similar numbers in the past, albeit with less battery capacity and range, for half the price. So what makes the ST5 different? And is it worth it?

The biggest difference between the ST5 and other fast, powerful ebikes can be found in the bike’s design and its absurdly long list of included features. The first thing you’ll notice about the ST5 is how clean the frame looks. Not a single wire or cable can be seen on the entire bike. No throttle wire, no brake cables, no motor wires, nothing. Every single wire and cable is routed internally, giving the bike its streamlined appearance.

Next, check out the way every component is integrated. From the battery to the handlebars to the fenders, not one component on this bike looks like an off-the-shelf, bolt on part. Every piece of this bike was designed from the ground up to integrate together and to scream “luxury”.

The battery ejects electronically with the press of a button – no key required. Even the extra-large tires are custom designed and produced by Pirelli specially for Stromer. On the bike itself, nothing rattles and nothing moves. Lights, fenders, even a license plate mount for those who want to title their ebike (more commonly needed in Europe), everything is engineered to be solid as a rock. 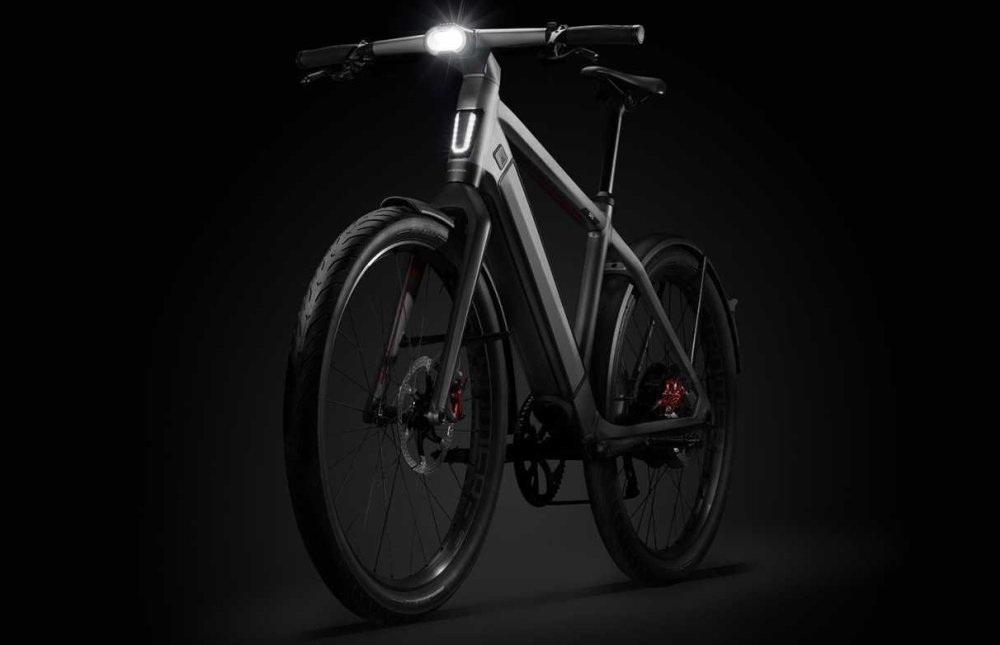 A 1,250 lumen headlight is built directly into the handlebars, precisely angled to illuminate your path without blinding oncoming drivers, and a matching tail light with brake lever activation is integrated directly into the rear fenders – again with absolutely no visible wires. The lights and housing simply blend right into the frame and fenders, adding to the flowing appearance of the bike.

The list of features included in the ST5 is staggering. It begins with a built-in pressure sensitive touch screen display. Then Stromer adds GPS tracking and anti-theft functions. Then the hydraulic brakes. There’s electronic shifting too. Anti-shock seat post. Magnetic 4.5A fast charging. Bluetooth key. Automatic locking and unlocking based on proximity. Huge 203 mm disc brakes. Five levels of regen braking. Custom motor tuning option via an app (both Android and iOS!). It’s even got an integrated horn – this bike’s bells and whistles have bells and whistles! The list of features just doesn’t stop.

But what would features be without performance? The ST5 isn’t just for looking pretty, it’s also for going fast. The 800 W motor easily powers the bike up to 28 mph. At those speeds, the 983 Wh battery can provide an impressive 40 miles (64 km) of range on electric power only, and over 100 miles (160 km) of range with pedal assist.

My personal daily driver is also an ebike that tops out at around 28 mph, and I have to admit that the thrill of flying past other ebikes on the road never gets old. I also have a similar 48V 20Ah battery on my ebike, which gives me more than enough capacity and allows me to go days without charging. Stromer CEO Jakob Luksch even commutes to work 25 miles (40 km) each way on his ST5 each day. 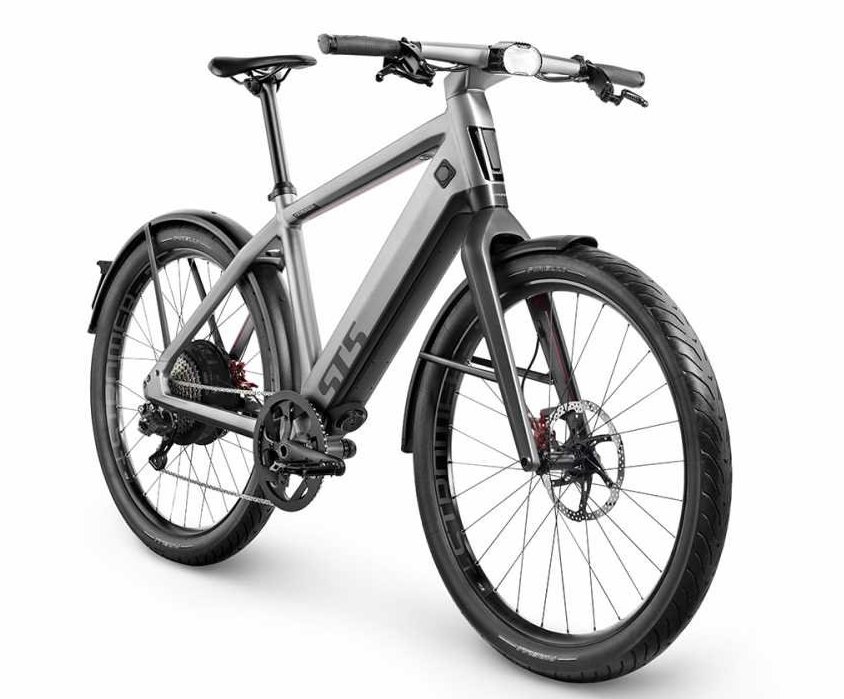 As impressive as the ST5 is, nothing is perfect, even in the ebike world. Despite the beautiful workmanship and impressive array of features, I was surprised by a few design choices that seem less than ideal.

One example is the lack of front suspension as a standard feature. The 2.4″ tires surely help absorb smaller bumps, but for $10k, I’d really like to see a high quality suspension fork. Fortunately, Stromer claims that a WREN inverted air shock fork is in the works and should be available for the ST5 later this year.

Another downside is the number of specialty bolts and fasteners used throughout the bike. One of the most glaring is the giant T70 Torx thru bolt in the rear axle. I know I don’t have that tool in my toolbox, and I don’t know many bike shops that do either. If you want to perform much maintenance on the ST5 yourself, you’ll likely need to invest in a few specialty tools. Of course the upside is that if you don’t have the tool, potential thieves likely don’t either. Though I don’t know about you, but I wouldn’t be parking my $10k ebike anywhere that thieves could even sneeze on it.

The truth is that I really had to search hard to find anything I didn’t like about the ST5. Stromer knew that if they wanted to charge top dollar for an ebike, they were going to have to deliver an ebike with unparalleled design and performance. And that is exactly what they have done. Now I just have to find a way to afford this beautiful machine. Fortunately for me (and probably you too), Stromer has already solved that problem with their cheeky new ad: