The Ford Mustang Mach-E is apparently getting a small power bump as it gets closer to production, according to a document given to dealerships.

In November 2019, Ford unveiled the Mustang Mach-E, an all-electric crossover and Ford’s first all-electric vehicle built to be electric from the ground up.

The vehicle was mostly well-received and the automaker started taking $500 reservations separately for each option level. Ford has quickly sold out of the “First Edition.”

Now the vehicle is getting closer to production, and Ford has updated the specs, according to a document sent to dealerships.

A member of the Mach-E forum obtained a document from Ford’s dealer training site that shows new power capacity for different versions of the Mach E compared to what the automaker previously announced: 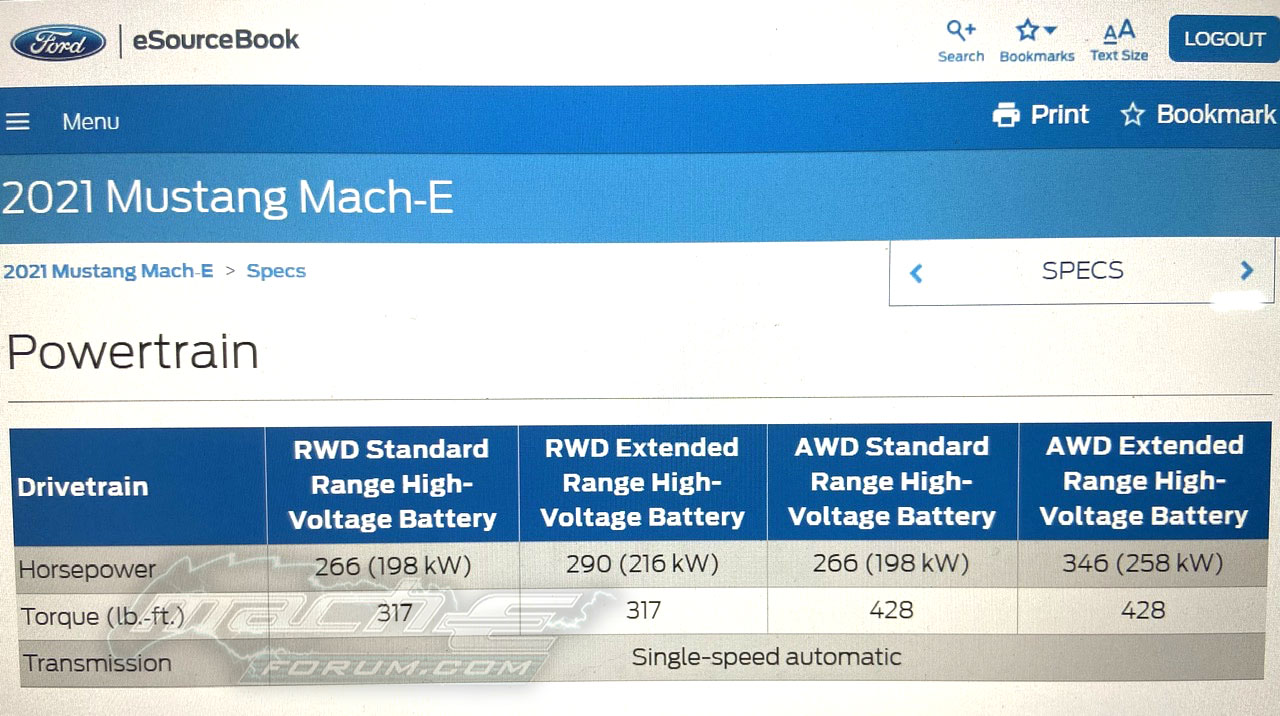 Here are all the updated power specs of the Ford Mustang Mach-E:

We contacted Ford about the document and asked about the new specs. We will update if we get an answer.

The automaker is still moving forward with its production for later this year.

Earlier this month, we reported on how Mustang Mach-E engineers are working at home to keep the electric SUV on schedule.

Mustang Mach-E starts at $43,895, not including an available $7,500 federal tax incentive; with it, the entry-level price is even more attractive for an all-electric SUV.

Ford says that deliveries will begin in late 2020. The first deliveries are expected in Europe and the US in October.