Hyundai did a digital reveal of its Prophecy EV concept last month. Now the company says the model is more than a concept. According to Hyundai, the Prophecy is a showcase of vehicle features that will be offered in the not-too-distant future.

Hyundai-Kia doesn’t have a problem with producing beautiful concept designs. The Hyundai 45 and Kia Imagine from last year had sharp styling combining retro and futuristic elements. The Prophecy uses sweeping lines for a sporty appearance. The interior is meant to convey a cool, dark, relaxing vibe.

Hyundai compiled the positive praise for the Prophecy’s design. The list of superlatives included: “cool as hell” and “stunning.” Italy’s Quattroruote described the Prophecy as “a sporty sedan that traces the lines of the future.” We see elements from the Tesla Model 3 on the front end. But there’s also a bit of the all-electric Mercedes-Benz EQS and Porsche 911. What do you see? 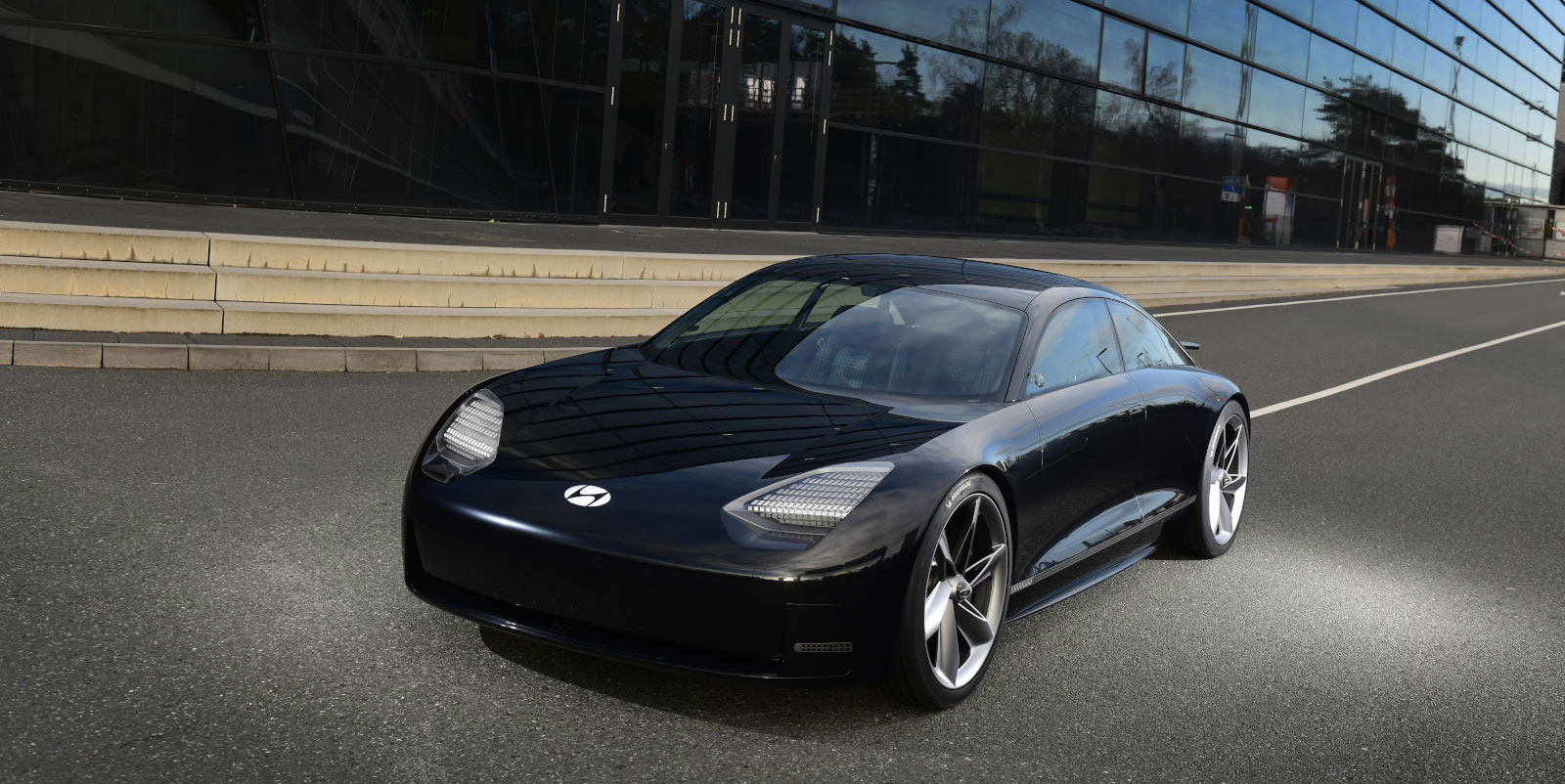 The Prophecy provides plenty of concept-car eye candy. A steering wheel is replaced with dual joysticks. Hyundai says that 90% of the vehicle’s functions are controlled by buttons on the joysticks, so the driver never has to reach over to other buttons.

It’s not clear which of those features, if any, will reach a production EV. But as long as we’re fantasizing about a super-sleek eco-friendly sports car, consider Hyundai’s claims about the Prophecy’s air-filtration system:

When particle levels inside the vehicle get too high, the air system activates, taking in fresh air from the outside, filtering it for purity, and circulating the clean air throughout the vehicle. Moreover, this does not just happen when the car is driving, Prophecy continues to clean the air, even when it is idling or charging, and even if no one is inside.

These claims should be taken with a giant particulate of salt. (I debunked Geely’s claims about its corona-killing air-filtration system.)

But let’s not get hung up on reality. The Prophecy, following last year’s 45 concept model, is all about its looks.

Concept cars are relatively easy to produce. Make compelling EVs at scale is the hard part.
Hyundai says the Prophecy uses the company’s Electric Global Modular Platform or “E-GMP” dedicated electric platform. The main benefit of E-GMP, at this stage, is its compactness – allowing designers to reclaim space for passengers.

Last year, there were reports that Hyundai is building a crossover SUV on E-GMP. The prototype of that model was expected in June 2020 with a production model in early 2021. Technical details were not available, although it would be a long-range model approaching 300 miles on a charge.

In January, Hyundai’s vice-chairman reiterated the company’s commitment to spending more than $87 billion to produce 23 EVs by 2025. That’s including 11 new dedicated electric vehicles. The Prophecy might be “cool as hell.” But cooler still would be 11 EVs promptly rolling of Hyundai production lines.