Kia Europe will meet the challenge of new EU emissions limits by doubling its EV sales next year, according to Emilio Herrera, COO for Kia Europe. He confirmed that the Imagine high-riding electric sedan will go into production in 2021. But the biggest obstacle for EVs is still affordability and profitability, especially for an all-electric version of the subcompacts popular in Europe.

In a conversation with Automotive News Europe, the Kia COO talked about the difficulty of offering affordable electric cars at a mass level. “We at Kia today are not capable of launching an electric vehicle at 30,000 euros ($33,500),” he said.

Kia is not alone. The most affordable version of the Tesla Model 3 currently available in the US starts at $40,000. Most sell at much higher prices. Competing EVs that sell closer to $30,000 have range below about 150 miles. More desirable long-range EVs, like the Nissan Leaf-Plus, have a starting price above $35,000.

Kia’s Herrera said the automaker will tackle the affordability issue by using new, dedicated EV platforms. He confirmed that the production version of the snazzy Imagine concept will be introduced in 2021. “The plan is for this to become a mass-produced vehicle in one or two years,” he said. 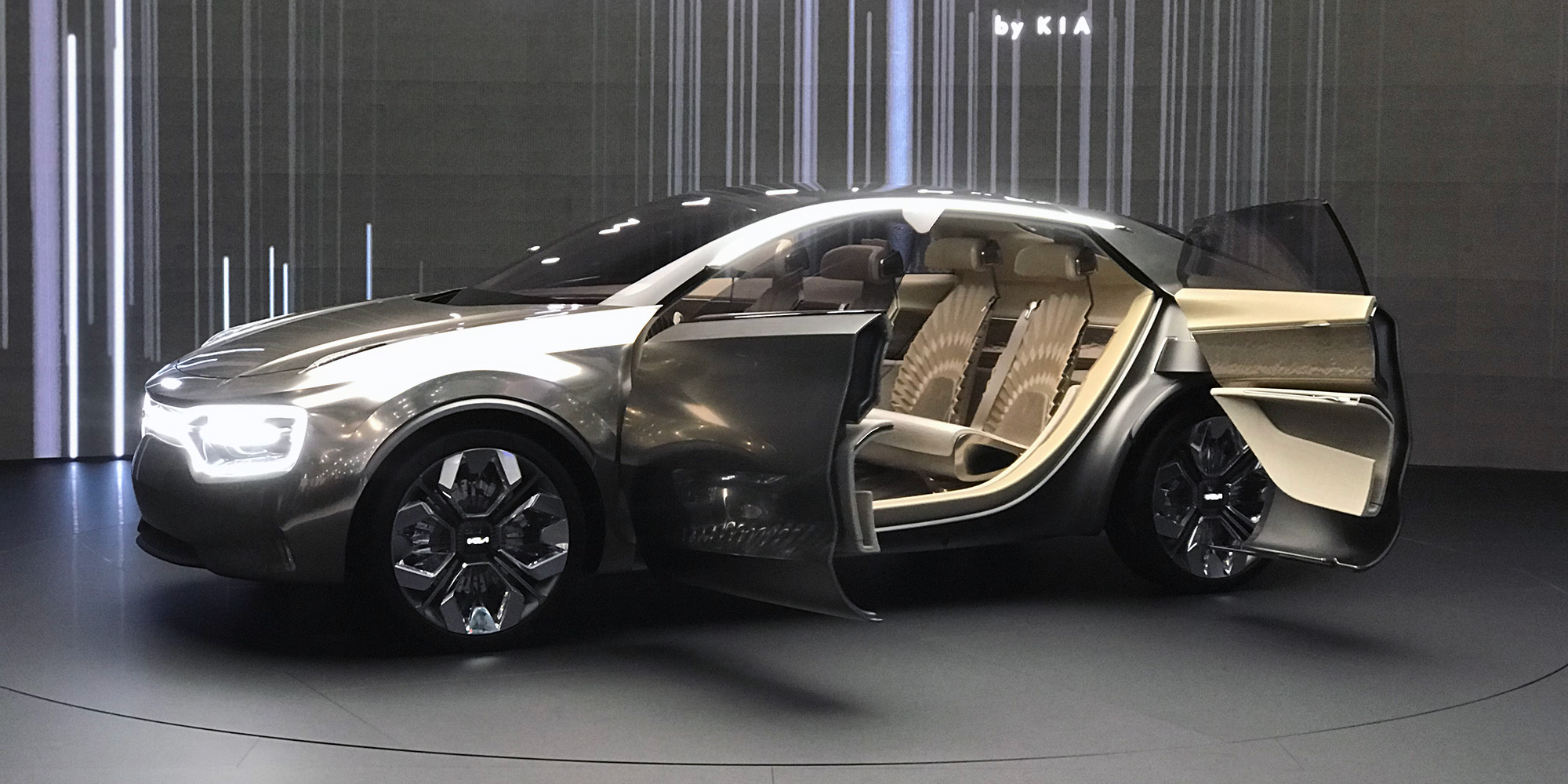 The Imagine is a segment-buster. It’s a four-door family sedan in the common C-segment (the size of a VW Golf), but it rides high like an SUV. At the same time, it’s sporty. The closest thing we’ve seen so far is the Polestar 2.

The Imagine concept’s most dramatic features – suicide rear doors and 21 individual cascading, dashboard screens ­– will likely be dropped. But Kia executives claim the production version will be very close in appearance to the concept.

We don’t know yet if the Kia Imagine will come to the US or what it’s price will be. But a sleek $35,000 electric version of a midsize Kia sedan could be a winner.

Meanwhile, Europe is poised for the world’s biggest uptick in EV sales in the next couple of years. So Kia is considering how it will scale up EV sales much higher, by offering an all-electric version of its Picanto minicar. Like the Honda E all-electric subcompact, battery-powered versions of the smallest segments will be available in Europe but not the United States.

Renault claims it can successfully launch a 10,000-euro ($11,000) electric car in Europe within five years. Herrera doesn’t believe it.

“One of our biggest challenges is to make EVs profitable, and the smaller the car, the more complicated that is. Therefore, a 10,000-euro EV is very challenging and not very realistic. We know how difficult it is because we are looking to produce an electric version of the Picanto minicar. There is nothing confirmed yet, but we’re really looking at it. But I don’t think that it could be less than 10,000 euros unless you strip the vehicle down to the bare bones.” 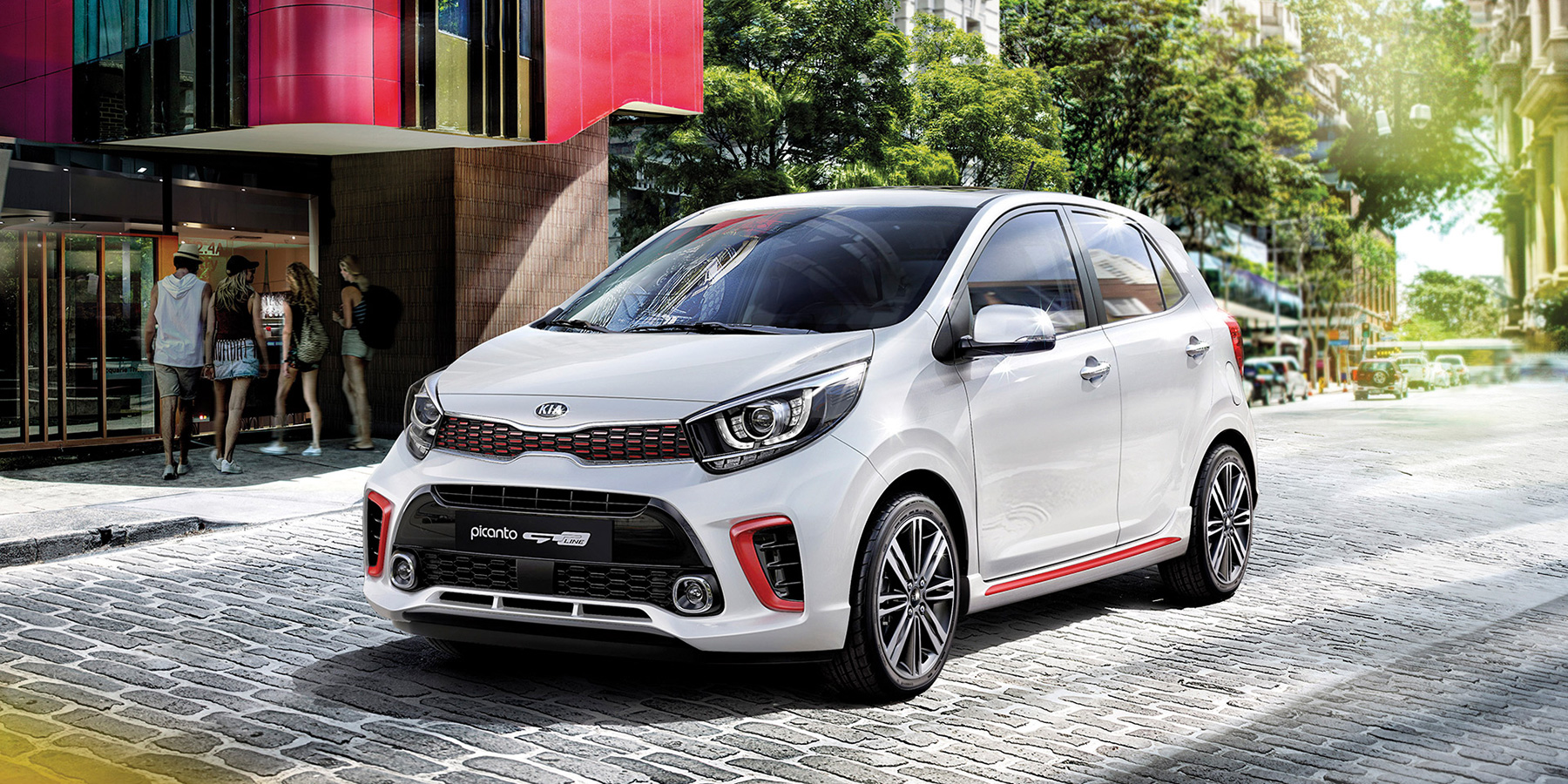 Nonetheless, Kia remains committed to either an electric version of the Picanto and some other battery-powered subcompact cars in Europe. Herrera said:

“Our goal is to have an electric car in almost every main segment where we compete. Even if it’s not confirmed today, I think we have no choice.”

We’re excited to see a buzz of EV activity in Europe in 2020. Unfortunately, automakers are shifting resources away from the US next year to increase EV sales on the other side of the pond.

Kia already has two compelling long-range EVs in the US. But the sales numbers are anemic ­– not even 1,000 units in 2019. So it’s hard to trust that Kia will be a strong EV brand in America anytime soon.

Nonetheless, the significant, unchartered territory in the EV market is a compelling model selling below $30,000. We will have countless all-electric crossovers. Electric trucks are also on the way. But who will deliver the small to midsize EV sedans and hatches that could revitalize and electrify the most affordable auto segments?