If you’ve been looking for a high power, long range electric bicycle with an emphasis on the “e” and only a passing reference to the “bicycle”, then this could be right up your alley. The Ukrainian e-bike company Delfast has just announced all-new versions of their high power and long range electric bikes known as the Delfast Prime 2.0 and Partner 2.0.

Look up “ridiculous e-bikes” in the encyclopedia and you’ll find a reference to Delfast. And I mean that in a good way.

They broke the Guinness world record in 2017 for the longest range commercially available e-bike (228 miles or 367 km).

The company recently released an updated Delfast Top 2.0 model capable of 50 mph (80 km/h) speeds. They even created a Top Cop version specifically for police who wanted a more affordable option than police motorcycles.

Delfast’s Prime and Partner models aren’t quite as fast or powerful at their Top model, and instead focus on both utility and range. 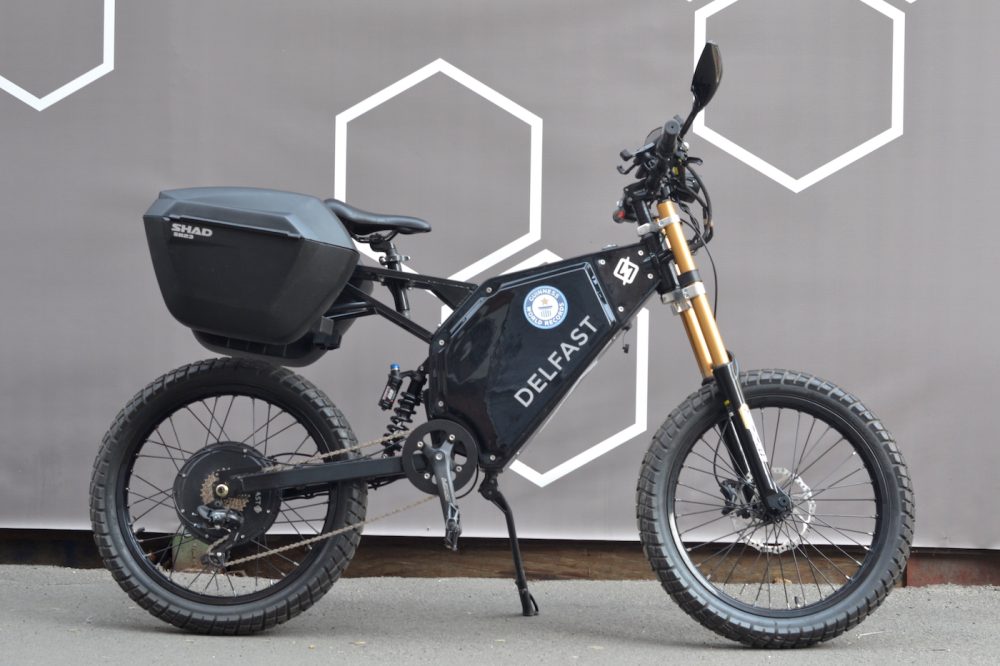 To reach those speeds, the Prime 2.0 comes with an upgraded 1.5 kW rear hub motor. Other upgrades include dual front hydraulic disc brakes, belt drive (not pictured on the bikes), and upgraded head and tail lights with hi/low beam selector. Optional accessories now include a motorcycle-style bench seat as well as a motorcycle-style rear rack for mounting hard cases and other accessories. 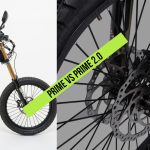 Delfast also announced an updated Partner 2.0 model, which is a lighter-weight version of the bike. While the Prime 2.0 above weighs 128 lb (58 kg), the Partner 2.0 is a bit easier on the scale at just 110 lb (50 kg). Not exactly svelte, but it should make the bike a bit easier to toss around. A big chunk of that weight savings comes from the smaller 2 kWh battery. With a lower 74 mile (120 km) range rating, the Partner 2.0 doesn’t offer the same level of excess as the Prime 2.0.

Both new models are expected to enter production in July, 2020. The bikes are currently available worldwide for pre-order, with pricing in the US set at $4,199 for the Partner 2.0 and $5,199 for the Prime 2.0. If you don’t need the newest version, Delfast is also running a sale for the current versions of the bikes with the Prime priced at $3,374 and the Partner at $2,624.

At first, I was getting ready to call BS on that 245-mile range figure. But then I did the math.

That range figure works out to an efficiency of 13 Wh/mi, which is a reasonable consumption for a pedal-assisted e-bike at 10 mph.

Of course, most people don’t ride that slow, and so most people won’t actually see 245 miles of range. For example, I usually find myself getting an efficiency of around 20-25 Wh/mi on most of my e-bikes while riding throttle only at around 20 mph. That would equate to a range of around 130-165 miles on the Delfast Prime 2.0.

To look at it another way, most e-bikes claim ranges of around 25-50 miles, but they also have batteries that are around 1/5th or 1/6th the size of the Delfast Prime 2.0’s battery. So it makes sense that it would achieve roughly 5 or 6 times the range with 5 or 6 times the battery capacity.

Even so, there’s definitely a limited number of people that will find themselves in the market for bikes like these. They sure look fun, don’t get me wrong. But that’s a lot of e-bike. I can see it for delivery companies, food couriers, and other commercial riders though, who will want a battery that can last all day, or for recreational riders with plenty of space to take advantage of the unlocked speed and enduro/downhill frame and suspension on this bike.

What do you think? Let us know in the comment section below!