Delfast Bikes, a Ukranian-based electric bicycle company, began their e-bike aspirations as a Kickstarter campaign just over a year ago, raising the initial funding necessary for the manufacturing of a first run of e-bikes in a single day.

Now, Delfast’s head of communications Dima Buhanevyc is announcing that the first run of e-bikes has been delivered to the Kickstarter backers and that the company is going into full production of their two most popular models, the Prime and Top.

The Prime is the longer range model and features a 48V 64Ah battery with a total capacity of over 3 kWh. 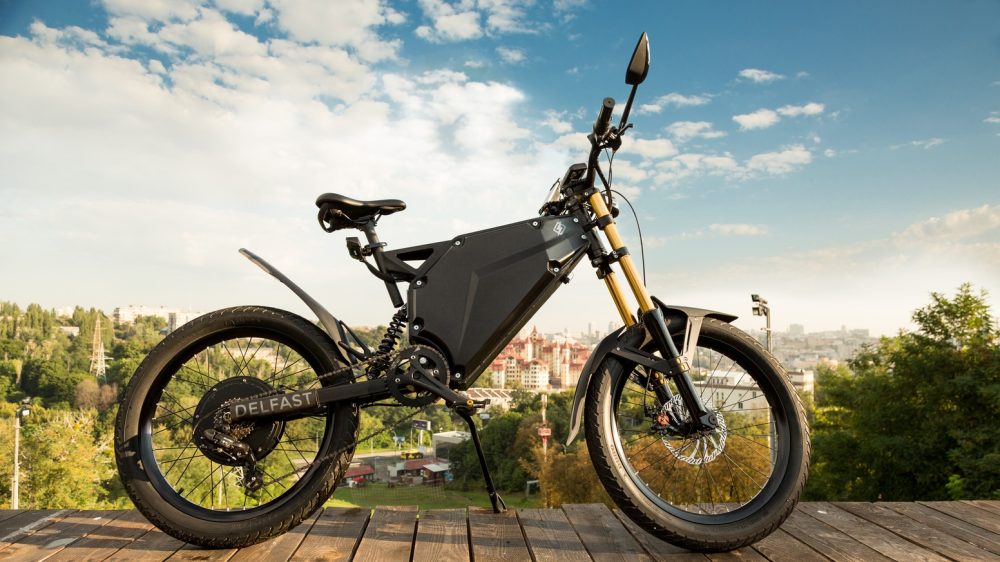 That massive (by electric bicycle standards) battery is what allowed it to set the new 367 km (228 mi) record for the longest distance traveled by an electric bicycle on a single charge. Of course the average speed of 21.5 km/h (13.5 mph) during the record attempt certainly helped.

With such a large battery, even with the included high power 700 W charger, the charge time will still top 6 hours for a full charge.

When the Prime isn’t in the slow lane for a record attempt, it can hit speeds of 55 km/h (34 mph), a speed which can be matched by very few other electric bicycles. Of course with those speeds, you’ll need to check your local laws to determine if the Prime is street legal in your area.

At 44 kg (95 lbs) and with the speed, geometry and handling of a light motorbike, the Prime is another one of those electric bicycles that bridges the gap between e-bikes and e-motorcycles.

Of course if you want to blow past the grey area and dive right into the motorcycle end of the spectrum, Delfast has you covered there too with the Top, an 80 km/h (50 mph) monster of a machine. It’s technically still an e-bike, as it has functional pedals, but few will want to pedal this 62 kg (137 lb) beast. 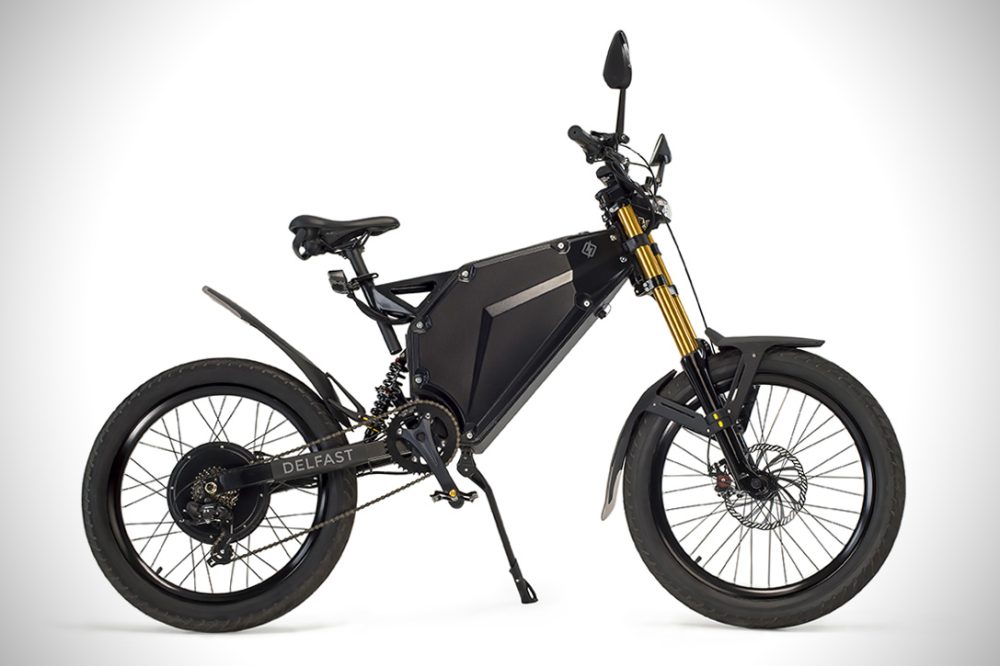 The 5 kW Top has four riding modes, including a pedal assist and a 250W, 25 km/h limited mode in case you’d like to try to argue your way into street legal status. But like the Sur Ron bike that we recently reviewed, unless you can find a way to legally register it as a moped or motorcycle, the Top is probably going to be an off-road and private property use only vehicle. Though they at least make it a bit easier on you by including mirrors as well as a full lighting package including turn signals, should you try to register it.

With the extra speed of the Top comes the need for extra battery. The Top has a 72V 48Ah battery pack that stuffs 3.5 kWh of Li-ion batteries into the frame.

Neither of these e-bikes come cheap, with the Prime priced at $6,000 and the Top at $7,000. But that does include free worldwide shipping, so at least there’s that.

People are waking up to just how much fun you can have on these things.

The bigger issue is the road legality, which can put a damper on your fun if you don’t live near an appropriate riding area or want to ride on public streets to get there.

And while the Top certainly looks like a fun and capable ride, at $7,000, it is around twice the cost of a Sur Ron electric bike/motorcycle/monster. If you don’t need to go quite as fast or far, the Sur Ron will get you there for a lot less cash.

Part of that price difference, aside from the bigger battery, is likely the cost of building the bikes in the Ukraine instead of China. Keep in mind that the 25% Trump tariffs will certainly increase the cost of the Sur Ron, but for anyone who really wants a vehicle like this, that likely won’t be much of an obstacle.

Lastly, I think it’s important to touch on the range issue. It’s true that the Delfast Prime set the world record with a 228 mile run on a single charge. But what isn’t quite as apparent until you start digging for details and whip out your calculator is that it did it at around 13 mph, taking 17 hours to complete the run.

Delfast claims on their website, where they rate the Prime at 236 miles of range:

“236 miles is not an artificial figure that the electric bike is able to pass in ideal conditions of the passenger or on a training stand.”

However, even on the world record run where they only achieved 228 miles, a press photo of the bike shows that at one point they averaged a consumption of 4.6 wh/km (7.4 wh/mi). That’s a third of my average no-pedal consumption on my much lighter commuter e-bike. So don’t expect to travel at normal bike speeds and still blow past 200 miles. 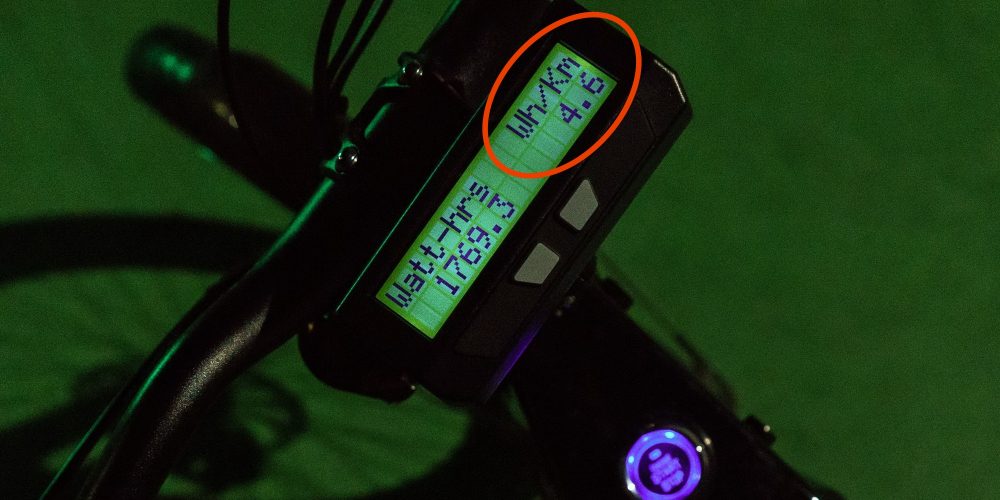 That being said, these still look like awesome bikes and I’d love to ride one. I’m just going to keep my range estimates reasonable.

What do you think of the Delfast bikes? Let us know in the comments below.