Who will win? Watch a gas dirt bike vs. electric dirt bike challenge 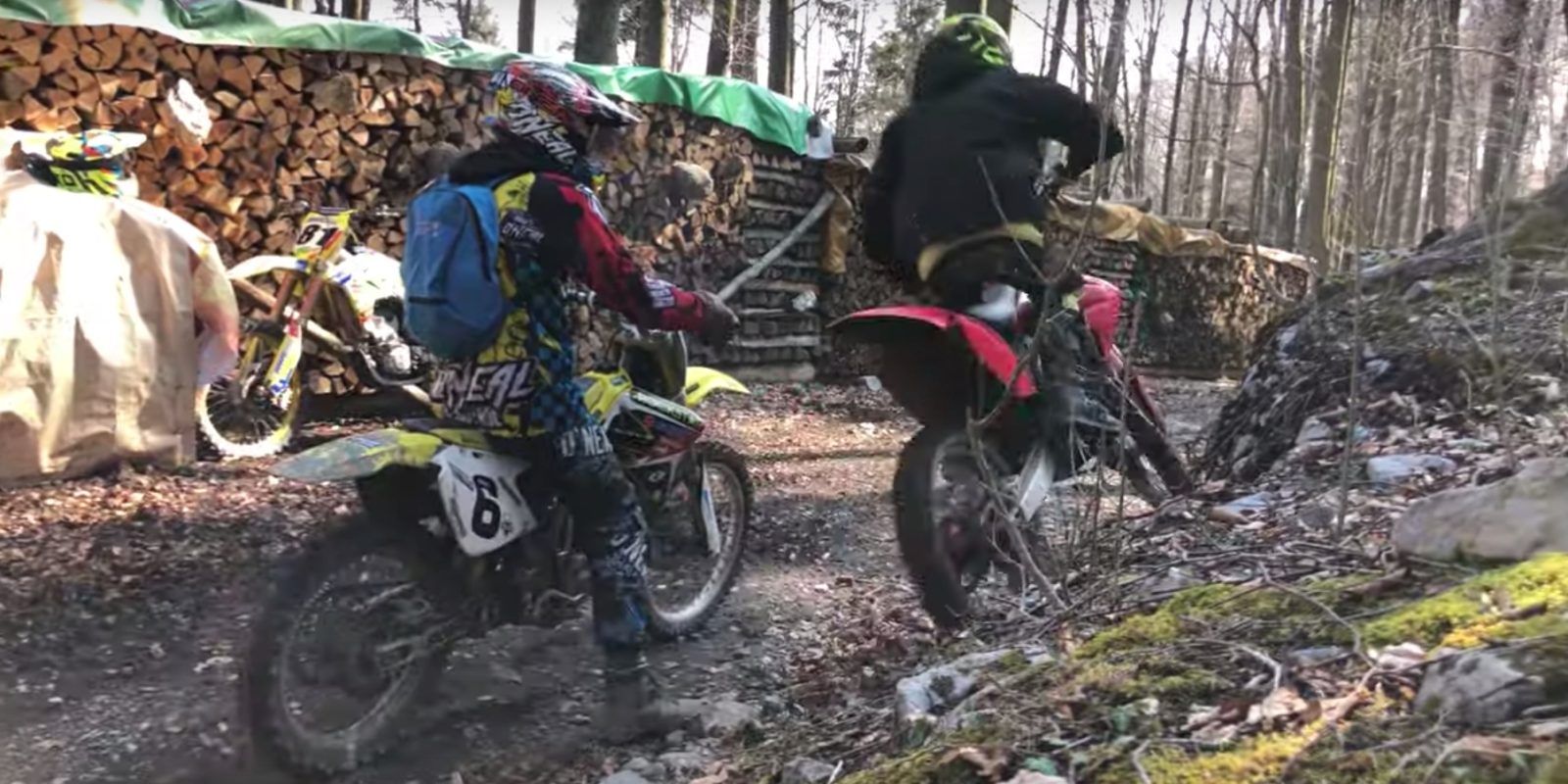 For the electric side, a custom Honda CR125 electric conversion was used.

You might remember that Honda has actually produced an electric CR dirt bike and unveiled it at the 2019 Tokyo Motorcycle Show.

We’ve even seen it in action before. But sadly, it isn’t yet available to the public, which is why these guys had to build their own using a Zero Motorcycles powertrain.

For the head to head tests in the video, the guys raced in both flat land drag races and uphill climb sections.

And as you might imagine, the extreme torque of the electric motorcycle beat the gas dirt bikes handily in each test. Obviously everyone in the video had fun and no one’s ego was hurt in the play session, yet there’s no denying how well the electric powertrain performed against a pair of gas bikes. Check it out below.

The result shouldn’t really come as a surprise to anyone. We’ve seen how well electric dirt bikes stack up against gas-powered dirt bikes before, with 50cc-equivalent electric models keeping up with higher-powered 250cc gas models.

Heck, we’ve even seen electric trail bikes win races against gas-powered bikes even after running out of battery near the finish. In one case, the rider had such a long lead that he pushed the bike around the last three turns and still won first place.

While it’s certainly too soon to declare the death of gas dirt bikes, the writing is clearly on the wall. With electric models outperforming gas bikes and offering a more pleasant riding experience at the same time, it’s only a matter of time before we start seeing more chargers than gas cans on the side of the track.

There are basically only two factors holding back the mass adoption of electric dirt bikes: price and run time. And both are improving year after year. With a number of exciting new options on the way from Asia, things are looking up for the electric dirt bike industry.