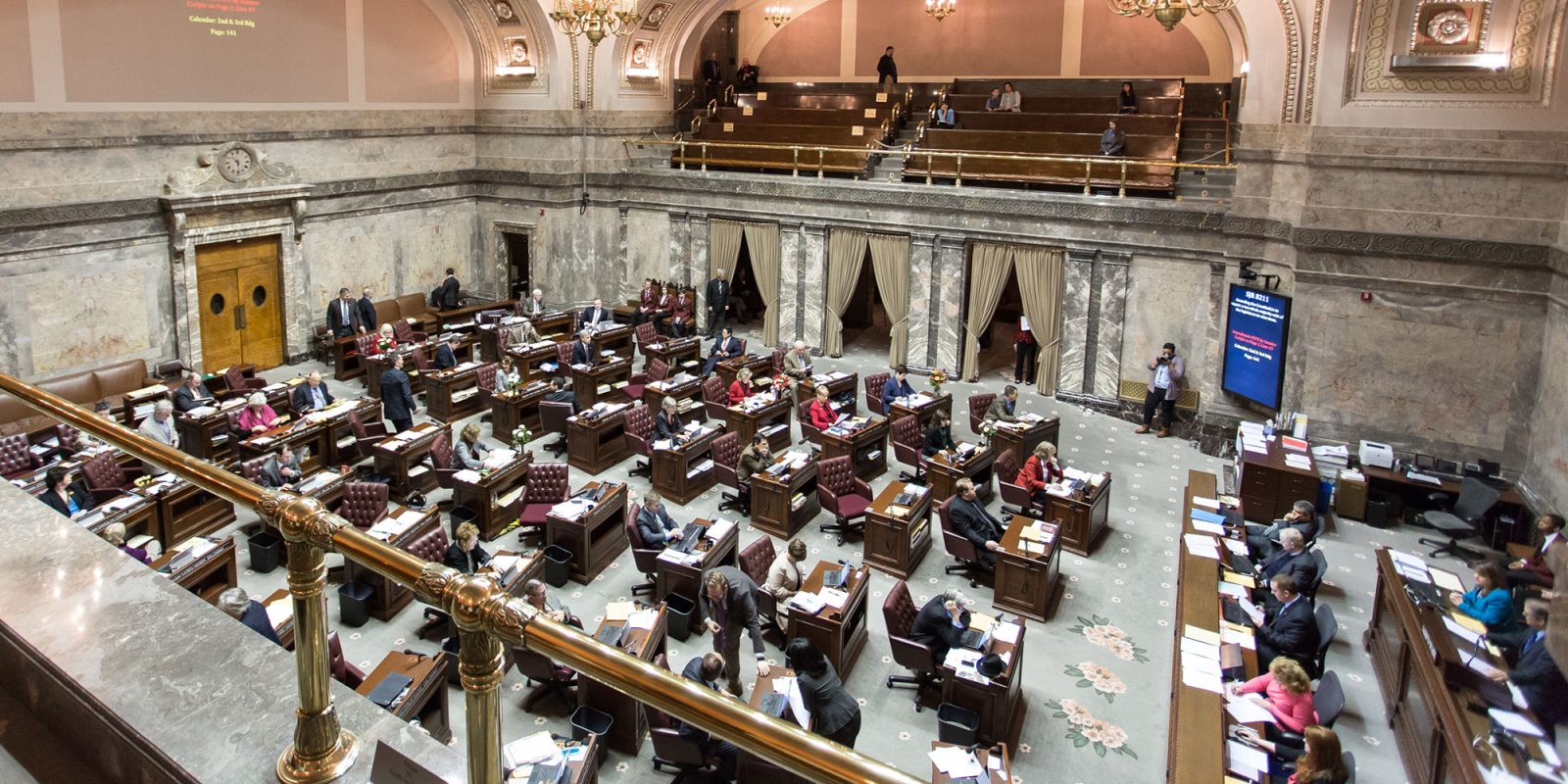 Washington State’s Senate narrowly passed SB 5811 this week, paving the way for the Evergreen State to become the 12th to adopt California’s zero-emissions mandate. SB 5811 passed the House in January, and Gov. Jay Inslee is expected to sign the bill.

When that happens, the entire US west coast will require that at least 5% of auto sales are EVs, increasing to 8% by 2025.

The most immediate effect could be an increased choice of all-electric models in Washington. Some automakers elect to sell their EVs only in ZEV states. After the bill is signed into law, more of those compliance-oriented electric vehicles are expected to be offered in Washington.

Washington had adopted California emissions standards in 2005 but without the Zero-Emissions (ZEV) Mandate. The Senate’s approval of the ZEV mandate comes after years of opposition from trade associations representing major automakers.

With the passage of this bill, Washington is closer to joining the 11 other states that have established successful zero-emission vehicle programs. Whatever state policymakers can do to quickly electrify transportation, clean up fuels, and reduce carbon emissions is a step in the right direction to help us avoid the worst consequences of climate change.

The Union of Concerned Scientists explained that the transportation sector is Washington’s biggest source of carbon pollution. The organization said that driving an average electric vehicle in Washington contributes 1.3 metric tons of global warming emissions per year, compared to the 4.9 metric tons emitted by the average new gasoline-powered car.

SB 5811 also expands the types of vehicles required to meet California standards to include medium-duty vehicles.

Washington is not expected to pass E2SHB 1110, which failed to clear the Senate Transportation Committee. That policy, if passed, would provide rebates to car buyers purchasing an EV. It would also boost the state’s biofuels industry. Its opposition is based on how it could result in higher prices for gasoline and diesel fuel.

However, in February, Washington’s legislature passed HB 2311, which would require the state to achieve net-zero emissions by 2050. That’s more ambitious than the current goal, set 12 years ago, to reduce human-caused emissions of greenhouse gases 50% below 1990 levels by mid-century. 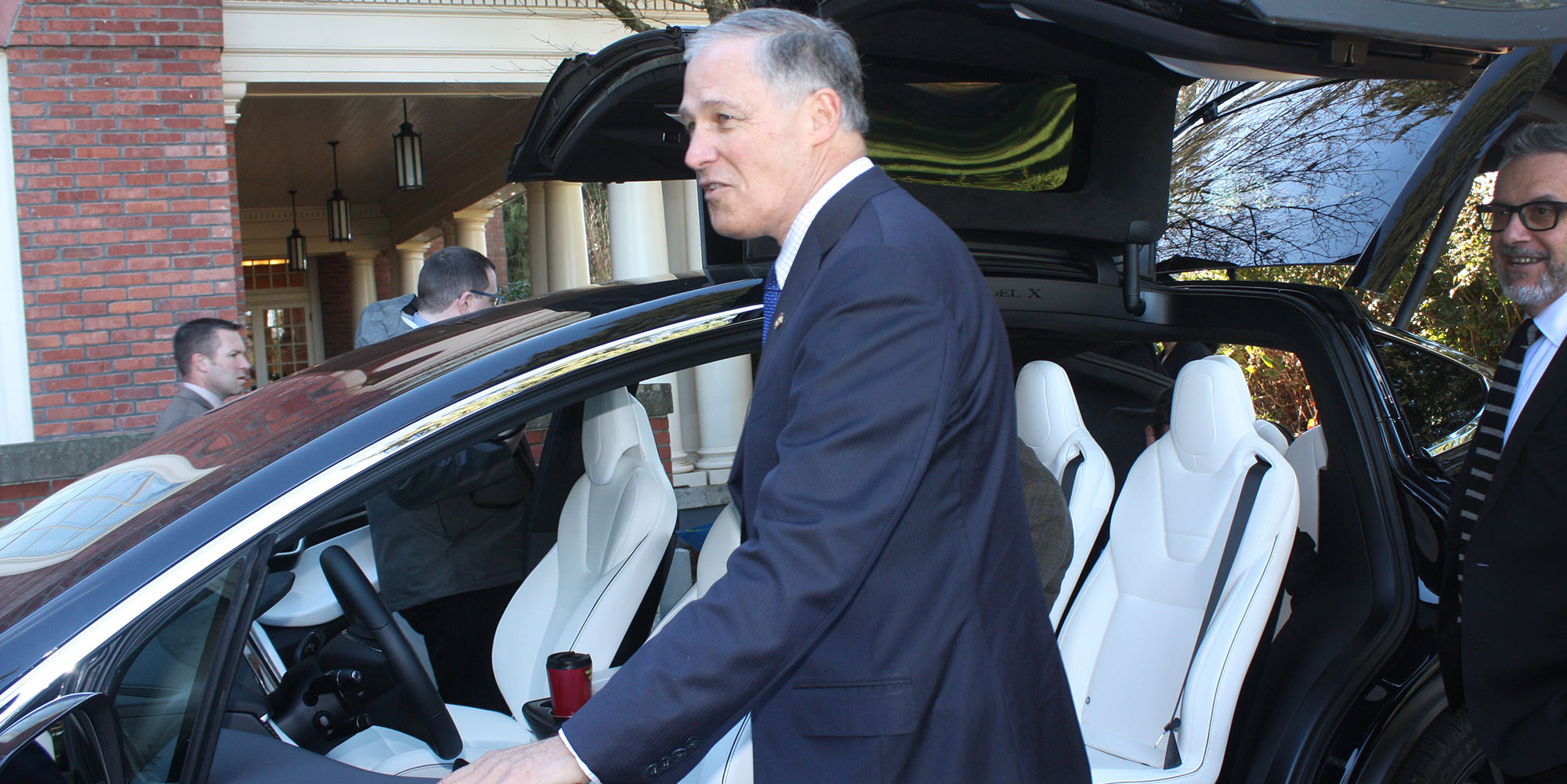 The state is not on track to meet the prior goal. A study commissioned by Gov. Inslee found that for the state to reduce carbon emissions by 80% below 1990 levels by 2050, it “must shift from internal combustion engine vehicles to a fleet almost entirely composed of electric vehicles.”

The First US State to Ban Gas Cars?

Also in February, Washington considered a proposal for the state to refuse to register any new car that runs on gasoline by 2030. The bill failed to advance because it missed a cutoff in the legislature’s calendar. The proposed ban on gas-powered vehicles is still on the table. The bill was co-sponsored by eight committee heads in the lower chamber.

At least 13 countries and several states, including California, have either proposed or started implementing such bans.

Opponents to the proposed ban in Washington State and elsewhere include Tom Pyle, president of the nonprofit American Energy Alliance. Pyle said:

If you look at it from a purely technical, economic, and realistic standpoint, these are pipe dreams, it’s messaging. They’re aspiration and, frankly, stupid.

The gas-car ban in Washington would allow drivers who own an internal-combustion vehicle bought before 2030 to continue driving that gas or diesel car.

The Trump administration in September revoked the waiver that allows California to protect its citizens from air pollution by setting emission standards. Other states are permitted by current law to adopt California rules.

The Trump administration’s steps to revoke the waiver are supported by General Motors, Toyota, and Fiat-Chrysler. But Washington now becomes the 12th state to sign on to ZEV rules. The dominoes are falling.

If automakers such as GM – which is gung-ho on an electric future – want a single emissions standard across the land, they would applaud Washington State’s adoption of the ZEV mandate. Those automakers would drop support of the Trump administration’s actions – and apply those resources to making and selling EVs for all 50 states.