Electric mobility company Bird is rolling out its electric Scoot Moped in Austin, Texas today. Despite early sightings of the seated personal electric vehicles in Los Angeles last year, Bird is calling this the first official launch of the Scoot Moped.

The Scoot Moped is an alternately branded version of the original Bird Cruiser electric moped.

We first reported on the Bird Cruiser last summer.

Back then it was nothing but a rendering, yet showed promise as a new form factor for shared electric mobility companies like Bird. The seated scooter won praise from many in the public who saw its potential as a more stable and comfortable platform than typical standing electric scooters.

Early prototypes of the Bird Cruiser were spotted near the end of 2019, and eventually, a Scoot-branded version of the Cruiser was seen as well after Bird purchased rival company Scoot.

Now the Scoot version has officially been renamed the Scoot Moped and begins operations today in Austin, Texas. 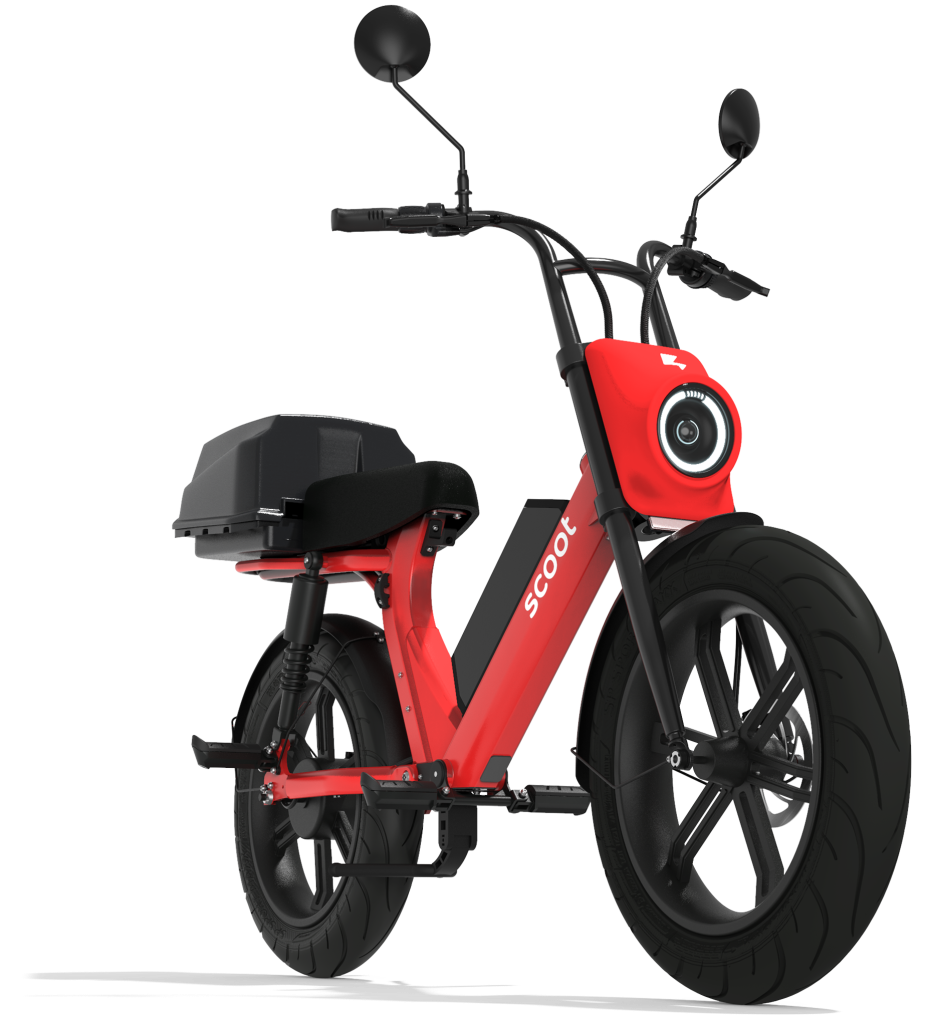 Scoot Moped gets its debut

The Scoot Moped now has a rear cargo box replacing the back portion of the originally longer bench seat. Two different sizes of helmets are secured in the cargo box for the rider to choose from.

The updated Scoot Moped comes with large volume tires and dual rear suspension to create a more comfortable ride. The bike has two vertically mounted mirrors (replacing the lower drop-mounted mirrors on the original Bird Cruiser prototypes). The Scoot Moped also comes with hydraulic disc brakes for increased stopping power and is rated for a top speed of 20 mph (32 km/h).

As Blanca Laborde, Austin resident and Government Partnerships team member for Bird explained in a statement provided to Electrek:

Austin has been at the forefront of the micromobility movement and we are proud to partner with the City to introduce our newest electric vehicle, Scoot Moped, and continue with the mission we share with Austin to make this city more livable.

Bird is working closely with the city to help achieve the goal of 50-50 mode shift by 2039 and looks forward to collaborating on more solutions in support of the Austin Strategic Mobility Plan. We think Austinites are going to love this new way to get around. 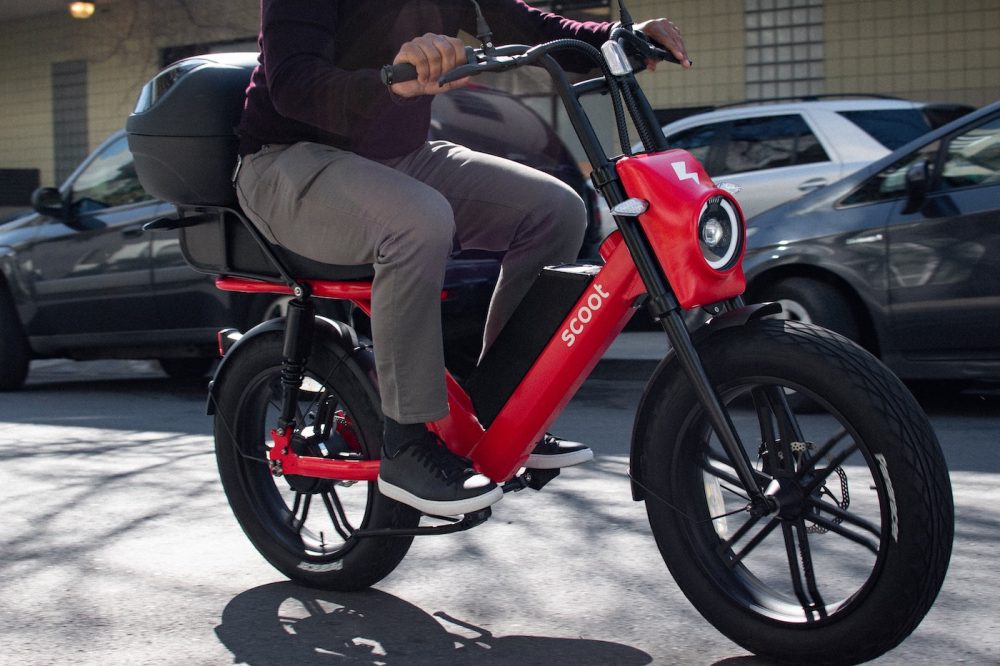 Scoot Mopeds are designed to be free-floating in cities, but must be parked like motorcycles in designated parking spots. The goal is to keep them from being strewn around sidewalks, as is often the case with smaller standing electric scooters.

This style of electric bike or scooter has become quite popular this year, with a number of retail companies offering similar options to consumers. Some of the most popular include e-bikes like the $1,699 $Juiced Scorpion and the $1,299 Rad Power Bikes RadRunner, both of which offer step-through frames designed for easy mounting.

What do you think of this style of moped? Will riders prefer them to standing scooters? Are you already foaming at the mouth because of the use of the word “moped”? We’ll see you down in the comments section!