Electric mountain bikes are usually designed for winding around dirt paths and climbing steep mountain trails. And they’re great at that, but they can do so much more. That they can make perfect commuter bikes too, and often perform better than your typical comfort or city bikes.

Here are my top 5 reasons why.

Comfort is king in e-bike commuting

The first reason I prefer electric mountain bikes for commuting is that they are simply more comfortable than most rigid-frame city e-bikes.

There’s a reason why cars and motorcycles have suspension: It’s more comfortable! (The other reason they have suspension is that it improves handling, though that isn’t quite as important for your typical bicycle lane commute at casual speeds.)

I love being able to hop a curb or roll right over an obstacle without feeling the shock in my wrists, ankles, or rear.

Because of the demanding type of riding that electric mountain bikes are designed for, they are often outfitted with higher-power motors.

And if you’ve read my work before, you know I have a taste for power! 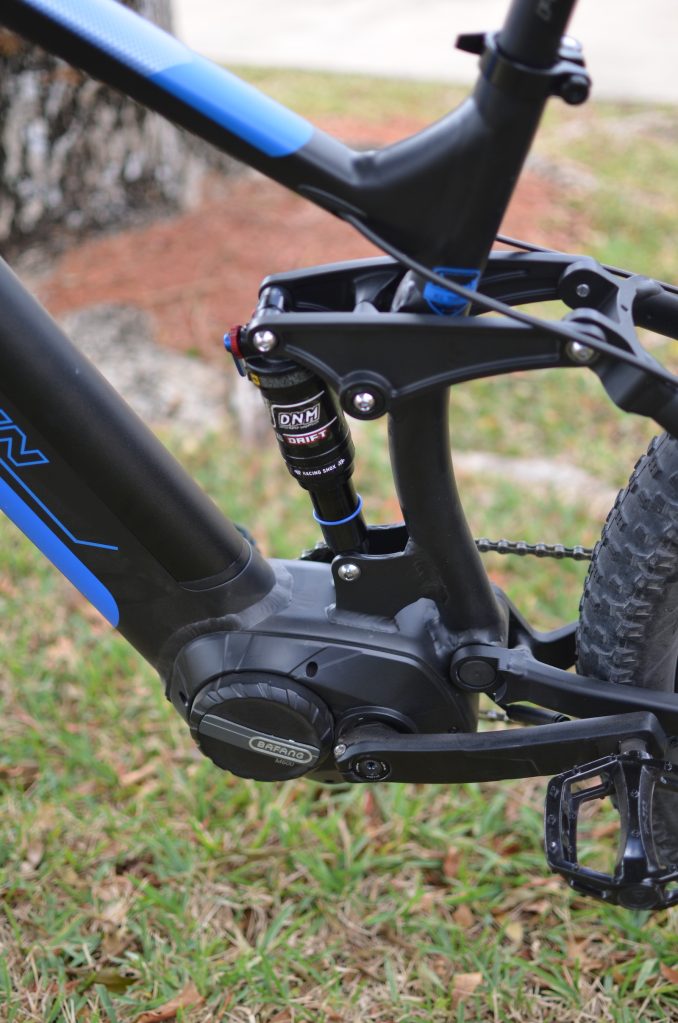 Sure, a 250W e-bike is fine for casual riding, I’ve spent my fair share of time on them.

But I also love powerful electric mountain bikes, or even dual-motor electric mountain bikes. The extra power is great for when you need to squirt out ahead of a car or otherwise get yourself out of a sticky situation quickly. And just like how most family sedans can reach 100 mph (160 km/h) but don’t do it often, having extra power in an e-bike doesn’t mean you have to use — it just means it’s there if you need it.

Some electric mountain bikes even have two batteries!

They often have larger-capacity batteries to help riders go further, even while doing battery-draining hill-climbing rides.

And considering that the battery is usually the single most expensive component of an e-bike, I’ll gladly take the best-quality battery that I can get. Higher-quality battery cells last longer and wear down slower, meaning more years of good riding from your bike.

Everything about most full suspension electric mountains is usually much higher quality than typical commuter bikes.

I say “usually” because there are still cheap electric mountain bikes out there that use cheap components. 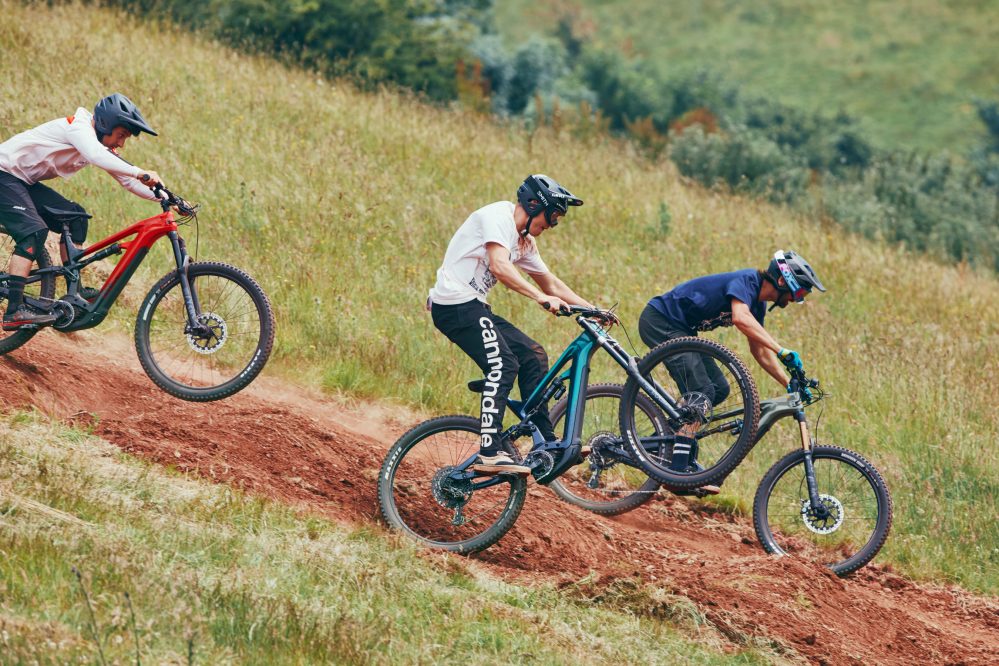 The type of riding that electric mountain bikes are designed for means that manufacturers usually can’t spec the same lazy Sunday ride type of components. Instead, higher-quality parts are used to withstand the wear and tear of mountain bike riding.

While cheaper components might be fine for commuter bikes at first, they’ll wear out quicker (often right after the warranty has expired) and aren’t designed to withstand the test of time. But using higher-quality mountain bike components for lighter-duty commuting means your bike will last longer and perform better.

The fifth and final reason I prefer electric mountain bikes for commuting is because they are simply easier to ride and require less effort.

It’s not that I don’t enjoy exercise — rather, I just don’t want to arrive at work or the bar sweating. I think a healthy lifestyle is important, and so I run five miles a day to stay fit. But when I hop on my e-bikes, it’s usually because I need to get somewhere. I mostly use e-bikes as a commuter vehicle; they are a car replacement for me. And when I’m on my vehicle, I want to get where I’m going as quickly and easily as I can. 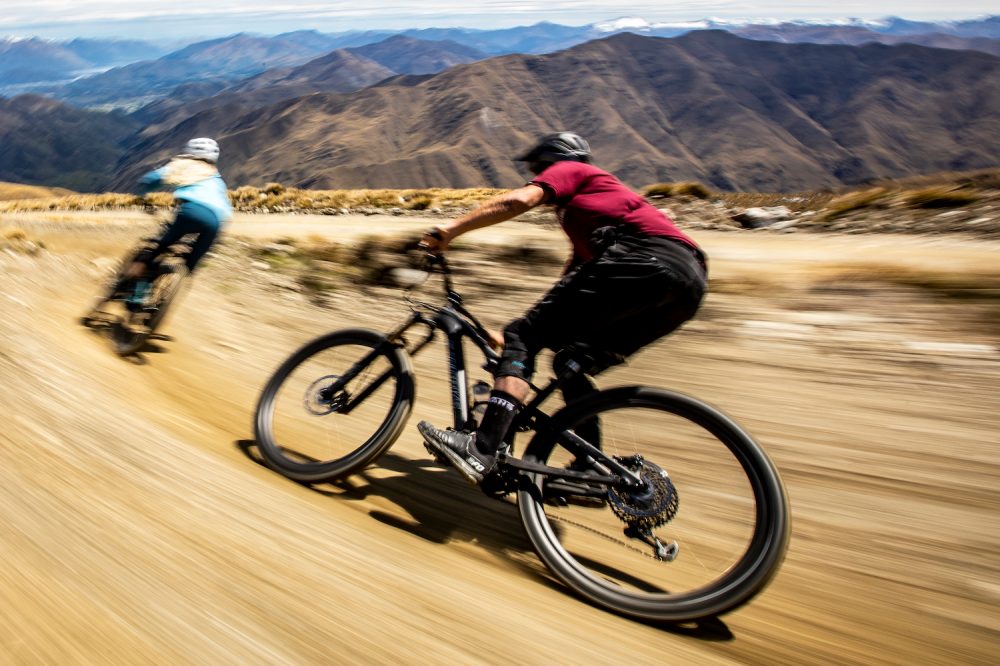 Thus, overbuilt and overpowered electric mountain bikes are perfect for my type of commuting needs.

But what are the downsides?

As much as I love electric mountain bikes for commuting, things aren’t all rosy. There are still some downsides.

First of all, electric mountain bikes are heavier. Stronger motors, beefier frames, suspension components, bigger batteries, and higher-quality parts can often add extra weight. So if picking up your bike to go upstairs at the end of your commute is a necessity, this could be a deal breaker. 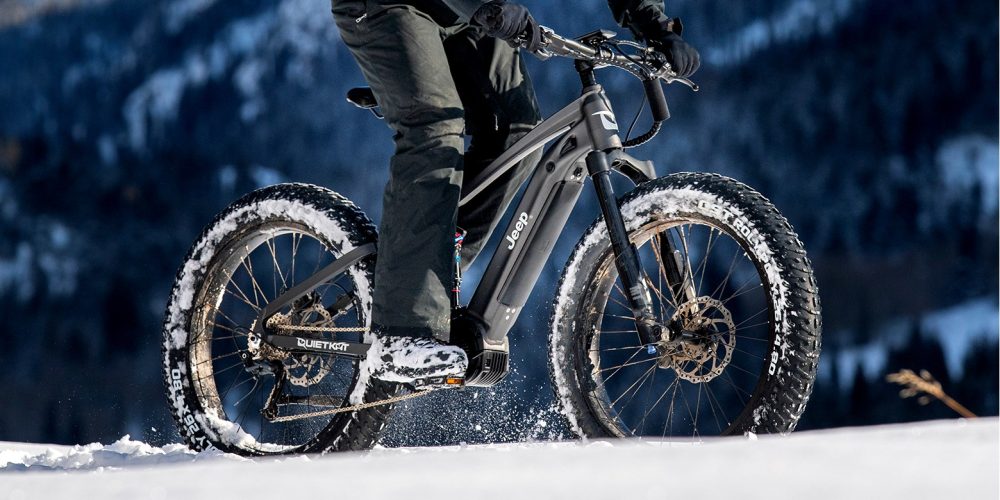 Even Jeep has a new full suspension electric bike coming…

Lastly, the full suspension of electric mountain bikes can soak up some of your pedaling energy, making them less efficient on flat ground if you’re doing a lot of pedaling. Fortunately the electrical assist of e-MTBs can compensate for this, but it’s still worth noting.

All in all though, the benefits outweigh the downsides for me. That’s why I love commuting on electric mountain bikes instead of typical commuter bikes.

But what do you think? Let us know your thoughts in the comments below!