Tesla has been spotted stockpiling some brand-new Model Y SUVs in the parking lot of its factory ahead of the start of deliveries next month.

In March of last year, Tesla unveiled the Model Y, an all-electric crossover based on the Model 3, with up to 300 miles of range.

At the time, the automaker guided deliveries to start in the fall of 2020 for the higher-end versions of the vehicle.

Tesla has made progress faster than anticipated, and they surprised many when confirming during their earnings results last month that they already started the production ramp at the Fremont, California, factory:

However, it wasn’t clear why Tesla started production in January but didn’t plan to start deliveries until March.

Now some inventory of Model Y vehicles has been spotted outside Tesla’s Fremont factory (pictures via Noe Arribas on Facebook):

The pictures show a few dozen Model Y SUVs that appear to be coming straight out of the factory.

They are sitting in a parking lot just south of the Fremont factory: 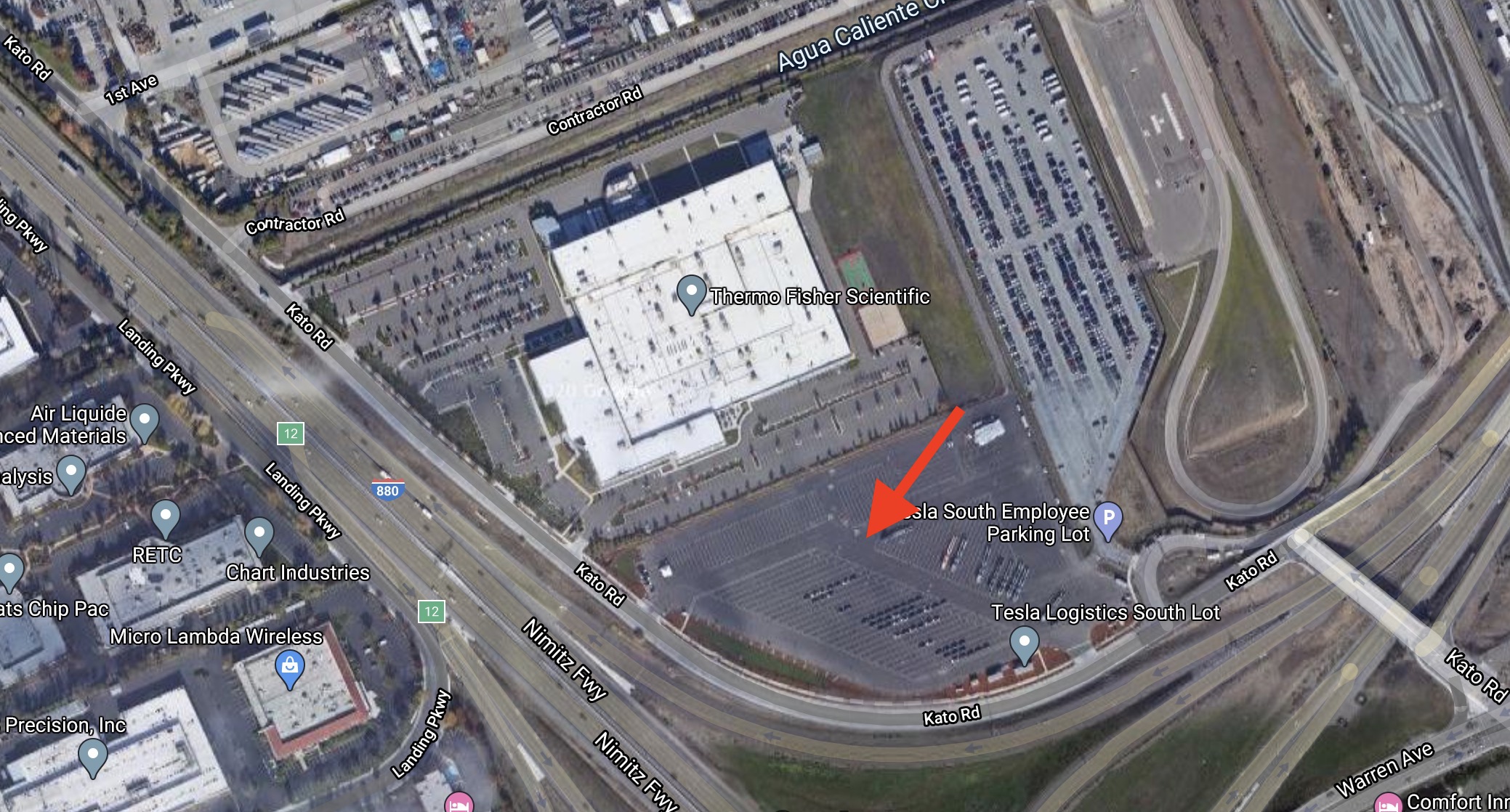 Tesla has often used this parking lot with a loading area to send vehicles out on trucks to other locations.

As we reported earlier this week, Tesla started confirming Model Y deliveries to customers in the US.

The automaker has given some customers deliveries windows between March 15 and 30, indicating that deliveries will start during the second half of next month.

Last month, we reported that Tesla Model Y Performance got its CARB certification, confirming the updated range of 315 miles on a single charge.

We have seen several other automakers have significant delays between the start of production and the start of deliveries. A good example is Volkswagen with the VW ID.3.

But when it comes to Tesla, deliveries of a new vehicle generally directly follow the start of production as the automaker dislikes sitting on inventory for too long.

It’s why it was surprising to see Tesla confirm deliveries for the second half of March after announcing that production started in January.

Now, it’s interesting to see some inventory build-up at the factory ahead of the start of deliveries. At the very least, it confirms that Tesla actually started production.

What do you think is the reason for the delay between production and deliveries? Tesla doing additional testing on the production vehicles? Let us know what you think in the comment section below.