The Tesla Model Y has received its CARB certification ahead of the launch, and it hints at the potential range, which could have increased from the one originally announced last year.

It could also mean that deliveries are imminent.

Ahead of starting deliveries of a new passenger vehicle, automakers have to clear red tape from several regulatory bodies including the California Air Resource Board (CARB).

The delay between the vehicle receiving certification and starting deliveries can vary, but it has happened in less than a month for some Tesla vehicles in the past.

It’s not a perfect indicator, but the release of the CARB certification would mean that Tesla is getting closer to starting deliveries.

CARB has now released the certification for the Tesla Model Y Performance AWD, which is expected to be the first version of the electric SUV to come to market: 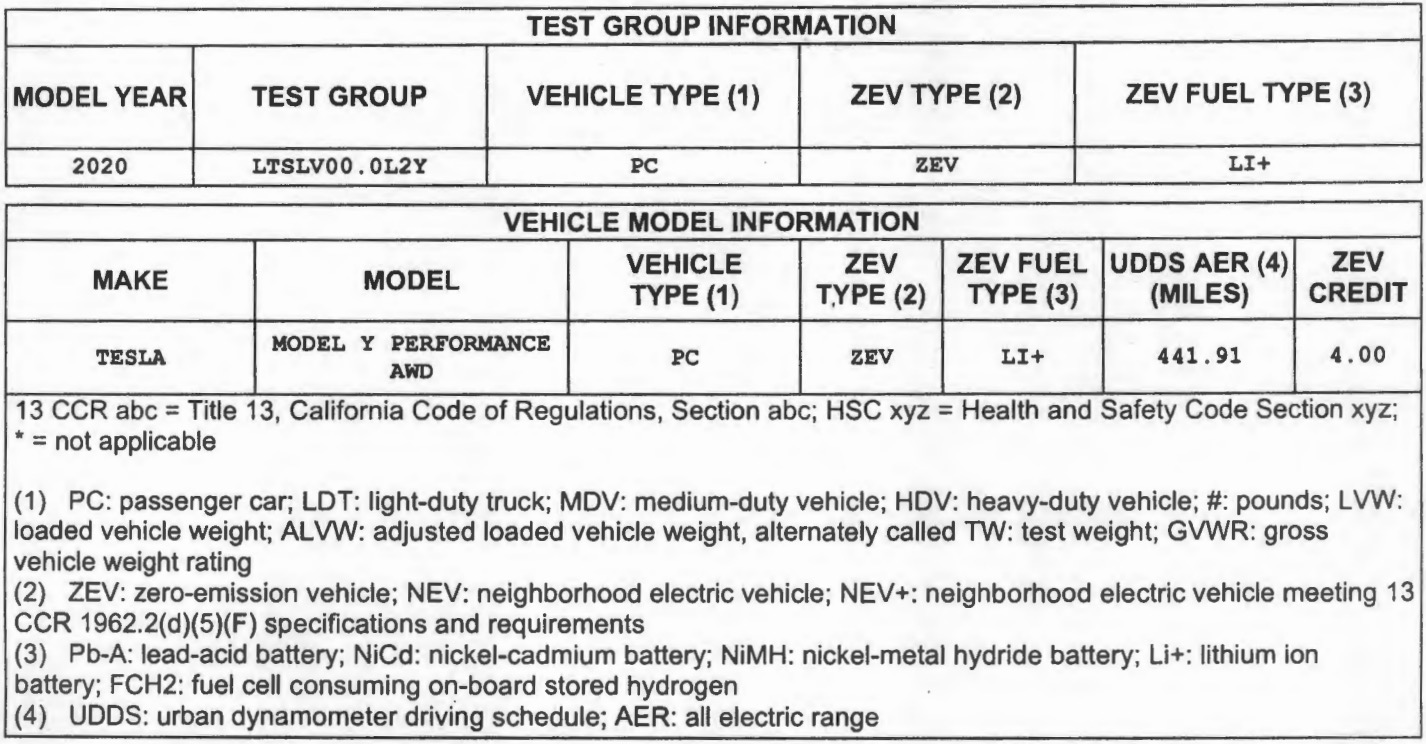 As you can see, CARB is listing the urban dynamometer driving schedule (UDDS range) as “441.91 miles.”

Of course, the dynamometer range is not at all representative of the actual real-world range of the electric vehicle.

However, it is interesting to compare it to the Model 3’s dynamometer range since the Model Y is expected to use the same powertrain.

When released in 2018, the Tesla Model 3 Dual Motor and Performance CARB filing showed a UDDS range of 455.32 miles.

Tesla got updated results with different wheel sizes in new filings last year, and the results ranged between 430.5 miles and 487.37 miles:

The range results are therefore fairly similar, but the Model Y is expected to be slightly less efficient on the road due to its bigger size and worse aerodynamic performance.

On its website, Tesla is listing the range of the Tesla Model Y Performance AWD as 280 miles based on the EPA standard.

In comparison, the same version of the Model 3 is listed with 310 miles of range, but it changes based on the wheels.

Alright, this is interesting because the Model Y Performance is only offered with 20-inch wheels on Tesla’s website.

However, I wouldn’t call this confirmed just yet, since we have seen Model Y prototypes with a bunch of different wheels that are not reflected in the options made available on the configurator.

We will keep looking into it, but it would be interesting.