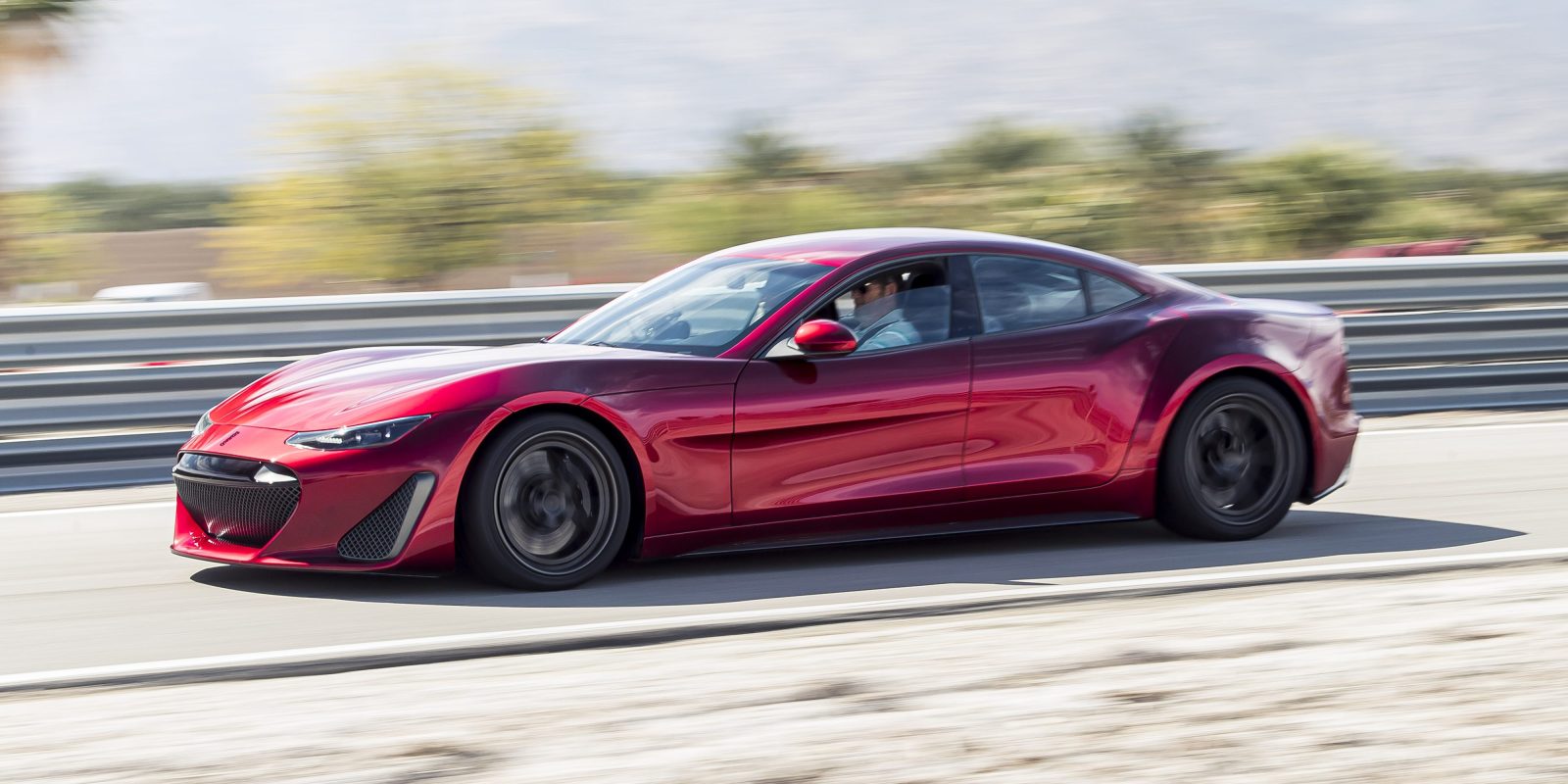 Electrek had the opportunity to be amongst the first to get a ride and a walkaround of the Drako GTE, a new $1.25 million electric supercar coming out of Silicon Valley.

Here is our report and video about this new EV:

The company was founded by Dean Drako, better known as the co-founder and CEO of Barracuda Networks, and Shiv Sikand, an electrical engineer and co-founder of IC Manage.

They have been working on the Drako GTE for a decade, and when they unveiled the car last year, they claimed to have “a fully functional production supercar delivered to the stage directly from lapping the track” – something rare for an EV startup.

We got proof of that last week when Drako invited us to the Thermal Club race track just outside of Palm Springs to get a ride and walkaround of a working prototype of the million-dollar electric supercar.

To drive us, we had the honor to have Valentino Balboni, the legendary Lamborghini test driver, push the car to its limit for us on the racetrack. You can check out the video right here with the test ride at the end:

The Drako GTE has some good specs, like a 90 kWh battery pack and 150 kW fast-charging capacity, but its drivetrain is what really stands out.

We are talking about a quad motor architecture with each motor capable of a power range of +225 kW to -225 kW:

The power capacity is impressive on its own, but Sikand expended on what the quad motor system can do beyond power in an interview with Electrek:

“The beauty of it is the symmetry and the distributed nature of the powertrain. This is why it’s different. You are not just trying to get 1,200 horsepower out of combustion engine that’s revving and trying to distribute that power through multiple differentials to all the different wheels. It doesn’t have that brutality.”

Instead, Sikand explains that each motor has its own gearbox at the wheel allowing extremely high torque output at each wheel.

With each their own gearbox and shaft link, the only way each motor are linked together is through software.

It enables the capacity to deploy some fairly impressive torque vectoring technology to automatically correct the vehicle’s steering in performance-driving situations – making the Drako GTE a track-ready supercar.

The automaker is bringing the Drako GTE to low volume production (they plan to only make 25 of them) by the end of the year and they are selling the electric supercar for $1.25 million.

Let’s put the pricing discussion out of the way. It’s a super expensive vehicle. It’s not for everyone. It’s for the super-rich who want an ultra-performance vehicle that only two dozen people on the planet are going to own.

So why should you care about it?

Well, it’s a beautiful, fun car with some interesting EV technology in it that could someday reach broader market segments.

Their powertrain is no joke. Let me tell you, I’ve been in some super fast electric vehicles before and felt impressive instant acceleration in the past. The Drako GTE is as fast as it gets in a straight line. It feels like a rail gun, but that’s not even where it shines.

The Drako GTE really shines when it is cornering. The capacity to send so much positive or negative torque at each wheel is game-changing.

Valentino was pushing the vehicle around the bend and it felt like it was on rails. The legendary test driver himself was impressed by the car and couldn’t stop smiling throughout the entire track day: 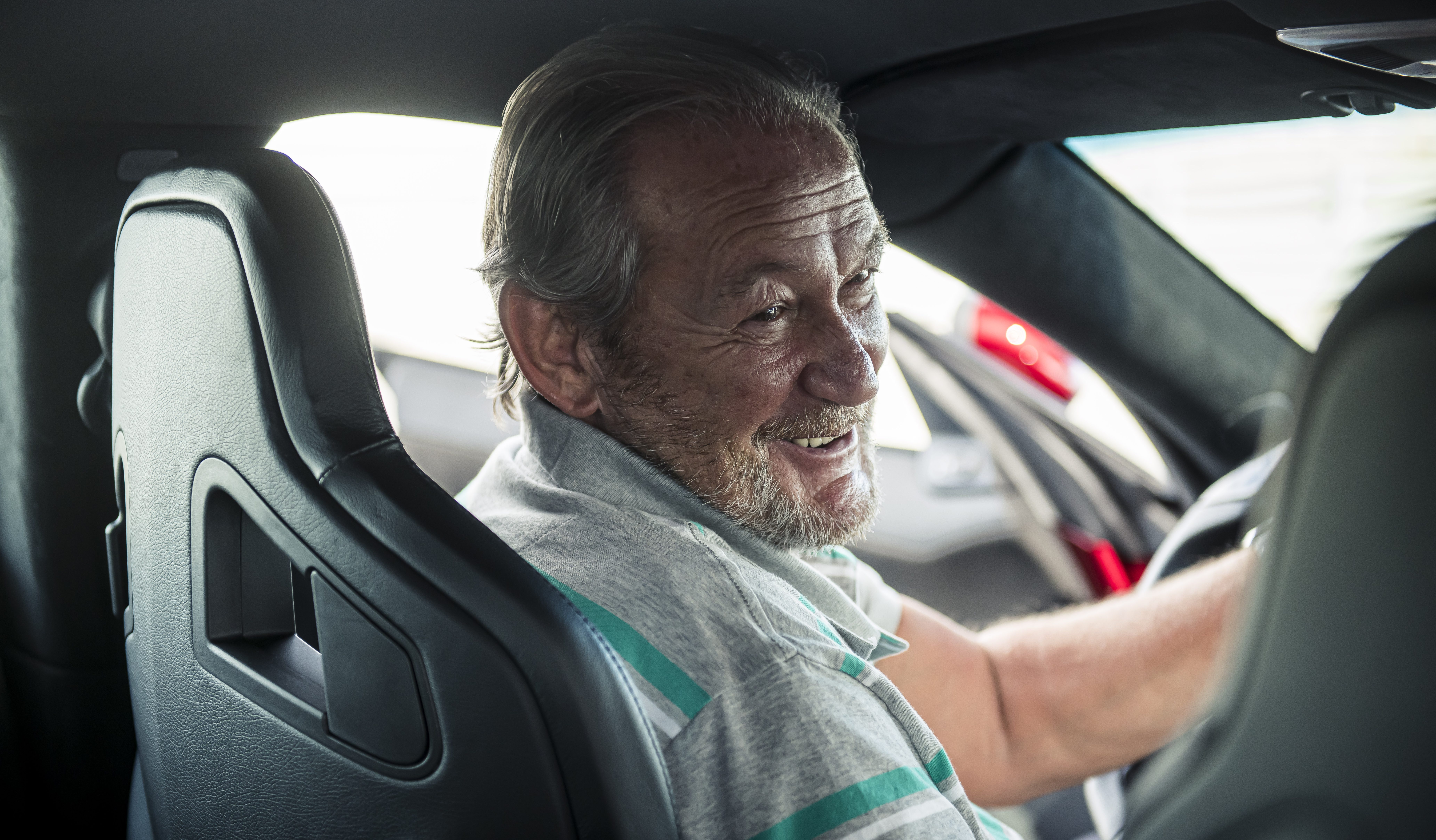 It was the first time that the test driver, a self-proclaimed petrolhead, drove an EV on a race track and he said that he believes it’s the future of the automotive industry.

As for the downsides, my main complaint is that it’s a bit crowded in the cabin. The chassis is based on the Fisker Karma, which had the same problem with the interior.

I can forgive Drako because it’s a supercar after all and you don’t expect a super comfortable experience inside, but they do market it as a car that you can both drive your kids to school in, since it’s a 4-seater, and then take it to the racetrack.

I think that’s fair, but the ride to school won’t be the most comfortable ever.

What I find most interesting is the prospect of Drako leveraging the production of the GTE in order to improve its quad motor powertrain and eventually produce it in higher volume.

I don’t necessarily believe it will ever end up in mass-market vehicles, but I can imagine it making its way in some less expensive performance cars at some point. I remember another Silicon valley EV maker doing something similar but on a different scale. I can’t remember the name though. I’m sure it will come up.