How fourth-graders won their campaign for school solar panels 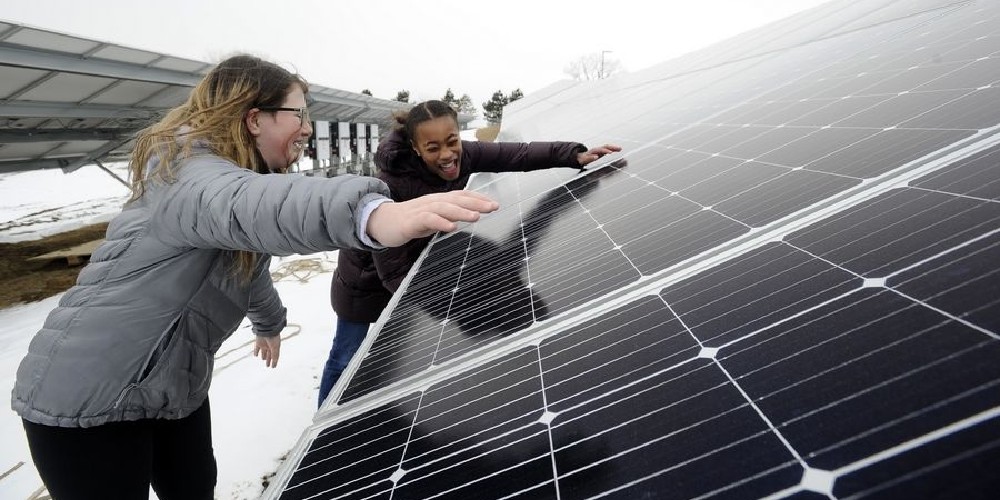 A group of fourth-graders at Big Hollow Primary School in Ingleside, Illinois, completed a writing and science project three years ago on why solar power would be beneficial to the Big Hollow District 38 campus. Their primary school, as well as a middle and high school, make up the campus.

The system will go live next month, and the campus will have enough energy to cover about 85% of the district’s power needs and save about $90,000 a year.

According to the suburban Chicago paper the Daily Herald, there are 952 solar panels on the west side of the campus and 3,774 modules on the east side. They’ll produce nearly 2.1 million kWh of electricity each year.

The then fourth-grade students presented their project to the school board. Superintendent Bob Gold was initially skeptical and thought solar panels would be too expensive, but he agreed to look into the possibility of solar again and got a pleasant surprise.

I had put it away. They [the fourth-graders] forced me to continue to look into it.

Tax credits and other incentives will cover about 75% of the costs for project investors, and a 25-year power purchase agreement will cover the other 25%.

Those fourth graders are now in seventh grade, and they are delighted that their persistence has paid off. Student Meghan Klipstein, now 13 (pictured above with Noelle Patrick, 13), said:

It’s crazy. I didn’t expect that much to happen. Now that we actually have them, it’s mind blowing.

The kids did the hard work. Their interest, their questions, their inquisitiveness started this project.